Land sharing, conserving biodiversity on productive lands, is globally promoted. Much of the land highest in California’s biodiversity is used for livestock production, providing an opportunity to understand land sharing and species conservation. A review of United States Fish and Wildlife Service listing documents for 282 threatened and endangered species in California reveals a complex and varied relationship between grazing and conservation. According to these documents, 51% or 143 of the federally listed animal and plant species are found in habitats with grazing. While livestock grazing is a stated threat to 73% (104) of the species sharing habitat with livestock, 59% (85) of the species are said to be positively influenced, with considerable overlap between species both threatened and benefitting from grazing. Grazing is credited with benefiting flowering plants, mammals, insects, reptiles, amphibians, fish, crustaceans, and bird species by managing the state’s novel vegetation and providing and maintaining habitat structure and ecosystem functions. Benefits are noted for species across all of California’s terrestrial habitats, except alpine, and for some aquatic habitats, including riparian, wetlands, and temporary pools. Managed grazing can combat anthropomorphic threats, such as invasive species and nitrogen deposition, supporting conservation-reliant species as part of land sharing. View Full-Text
Keywords: livestock grazing; species conservation; land-sharing; invasive species; nitrogen deposition; conservation-reliant species livestock grazing; species conservation; land-sharing; invasive species; nitrogen deposition; conservation-reliant species
►▼ Show Figures 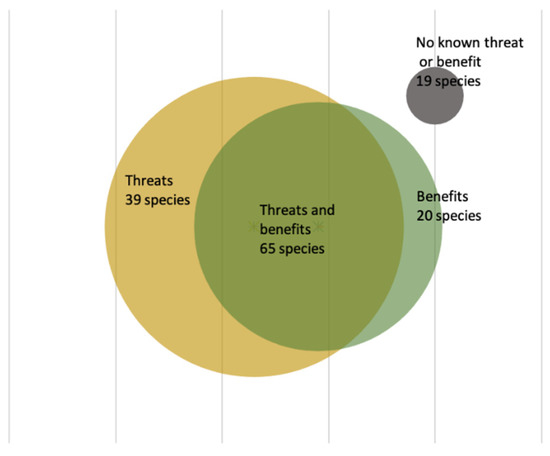