In this study, we aimed to determine the effects of tillage systems (TS) on wheat grain yield, yield components, and physicochemical properties under rain-fed conditions over 2 years (2018–2019) in the Kuhdasht region in southwestern Iran. The tillage treatments were a combination of conventional tillage (CT), reduced tillage (RT), and no tillage (NT) systems based on randomized complete blocks with three replications. Wheat grain yields and yield components, physical properties (geometrical dimensions, sphericity, thousand-grain mass (TGM), water absorption (WA), volume (V), and density), chemical composition (protein content (PC), water content (WC), fiber content (FC), ash content (AC)), surface color parameters (L*, a*, and b*), and correlations among measured parameters were assessed. The results showed that wheat grain yield and yield components were significantly affected by TS (p < 0.01). The wheat grain yield was higher under CT (2.72 t ha−1), with a significant difference between RT (1.76 t ha−1) and NT (1.20 t ha−1). The highest TGM (49.19 g) was achieved under CT, followed by RT (43.41 g), with the lowest (39.17 g) in the NT system. TS had significant effects on certain physical properties of wheat grains (p < 0.01). Wheat grain, size, shape, and mass values were higher under CT than RT and NT systems in all experimental years. CT resulted in the highest WA, while the lowest resulted from NT. TS had no significant influence on the density of the grains. TS had significant effects on PC, AC, and WC values of grains at the 1% probability level and on FC at the 5% level. Higher PC values were obtained under the CT system (13.07%, against 11.90% and 10.67% for RT and NT, respectively) in all growing seasons. Additionally, the AC was significantly lower in the sample grains under RT (2.38%) and NT (2.43%) than in those from CT (2.56). The FC was higher under NT (15.73%) than RT (13.73) and CT (13.71%). The grain WC was significantly higher under NT (7.57%) than RT (6.79%) and CT (7.0%). The TS significantly affected the surface color parameters of grains, while the L* (lightness) and b* (yellowness) values of grains under CT were higher than in RT and NT. View Full-Text
Keywords: soil tillage; wheat grain; physical properties; chemical compositions; surface color parameters soil tillage; wheat grain; physical properties; chemical compositions; surface color parameters
►▼ Show Figures 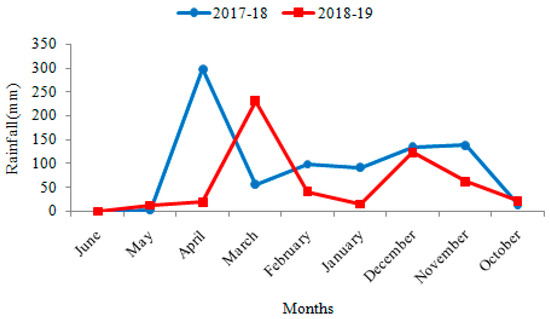