China produces and consumes most of coal in the world. This situation is expected to continue within a certain period in the future. Currently, Chinese coal industry is confronted with several serious problems relating to land resource, water resource, environmental, and ecological sustainability. Coal resource exploitation causes the permanent fracture and movement of strata structure, which have caused the fracture and collapse of overlying strata and further led to the subsidence of ground surface as well as the seepage of water in aquifers around the coal seam, which has resulted not only in the loss of land and water resources, but also in serious threats and accidents to underground mining. On the other hand, mining and mineral-processing wastes are one of the world’s long plagued concerns among solid wastes. Coal gangue, as the major waste with a huge amount of discharge, has not only occupied the land, but has also contaminated the ambient land resources and hydrological environment, and further led to ecological system destruction and degradation. What is more, in China there are large amounts of coal—located under railways, buildings, and water bodies—which are unavailable with traditional mining methods. These problems are obviously threaten the concept of green sustainable development. This paper introduces a novel developed solid dense stowing mining method, which is able to significantly reduce or event eliminate the corresponding damages caused by underground mining behavior and realize green and sustainable development. The novelty of this research work is realizing the automation and synchronization of mining and material stowing with an appropriate compaction ratio for adequate support of goaf roof. It can improve the stability of rock strata and the safety and efficiency of underground mining. We also studied and designed a perfect stowing material by using coal gangue and fly ash with appropriate proportions under different particle size gradations. By implementation of the above-mentioned methods in China, the solid dense stowing rate of mined seam areas have reached more than 95% and the overburden strata movements have been reduced to extremely low level which had nearly no damages to above buildings. The solid dense stowing mining method has also realized the reuse and recycling of coal mine solid wastes. Meanwhile, considerable previously unavailable coal resources under buildings, railways, and water bodies have been made available for exploration, which could extend the life of coal mines and increase the sustainability for coal industry and the environment. Ultimately, this method is a reliable way to realize green and sustainable mining. The strata structure protection, the surface subsidence prevention, and coal mine solid waste disposal have been realized at the same time. View Full-Text
Keywords: sustainable mining; solid dense stowing-mining; mine subsidence management sustainable mining; solid dense stowing-mining; mine subsidence management
►▼ Show Figures 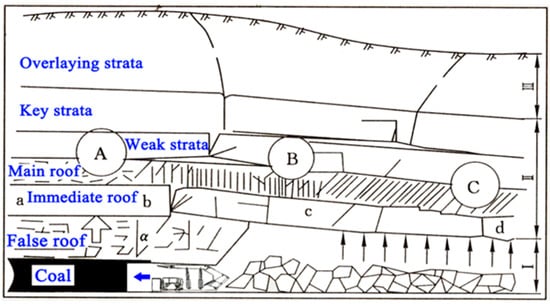