Evaluation of Reanalysis Datasets for Solar Radiation with In Situ Observations at a Location over the Gobi Region of Xinjiang, China
Next Article in Special Issue

Impacts of Dam Operation on Vegetation Dynamics of Mid-Channel Bars in the Mid-Lower Yangtze River, China

Vegetation dynamics on mid-channel bars (MCBs) is essential for supporting ecosystem functions and associated services in river systems, especially in dammed large rivers. Generally, there are two possible changing patterns that vegetation of MCBs downstream a dam would experience. On one hand, the vegetation area may shrink because of a decrease in the MCB area in the post-dam period, which has been observed in many rivers around the world. On the other hand, the MCB vegetation area may expand because flood disturbances would be weakened by dam operation. However, little evidence has been reported to clarify such confusion. Therefore, vegetation dynamics of MCBs in the mid-lower Yangtze River downstream the Three Gorges Dam (TGD; the world’s largest dam) is selected as a case study to address the issue. Using long-term (1987–2017) Landsat archive images, this study reveals the spatiotemporal variations of vegetation area change intensities (VACIs; indicated by dynamic trends) on MCBs in the mid-lower Yangtze River. Results show that an overall VACI in the post-dam period (2003–2017) is about three times faster than that in the pre-dam period (1987–2002). In other words, the rate of vegetation colonization accelerated after the TGD operation began in 2003. Moreover, the VACIs in the post-dam period are size dependent, where large size MCBs are likely to gain higher VACIs: Small-sized MCBs (0.33 km2/yr), medium-sized MCBs (1.23 km2/yr), large-sized MCBs (1.49 km2/yr). In addition, VACIs of individual MCBs in the post-dam period are distance dependent, where the further a MCB was from the TGD, the higher the VACI. It is also suggested that the weakened flood disturbances in the post-dam could explain the rapid vegetation growth and colonization. This work is not only beneficial for managing and protecting MCBs downstream the TGD after its operation, but is also helpful in understanding vegetation dynamics of MCBs in other dammed river systems around the world. View Full-Text
Keywords: Three Gorges Dam; flood disturbances; remote sensing monitoring; vegetation colonization; sandbars Three Gorges Dam; flood disturbances; remote sensing monitoring; vegetation colonization; sandbars
►▼ Show Figures 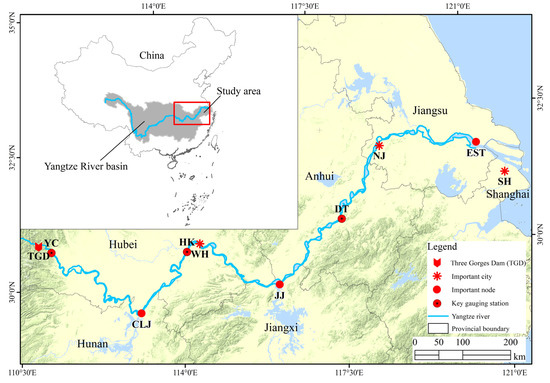 Tao Liao
Tao Liao, currently studying for a master's degree at the Chongqing Institute of Green and Intelligent Technology, Chinese Academy of Sciences. Research interests include remote sensing，human change.
Zoom | Orient | As Lines | As Sticks | As Cartoon | As Surface | Previous Scene | Next Scene
We use cookies on our website to ensure you get the best experience. Read more about our cookies here.
Accept
We have just recently launched a new version of our website. Help us to further improve by taking part in this short 5 minute survey here. here.
Never show this again