In this Section, the concepts introduced in Section 2 and Section 3 will be elaborated in an application-oriented environment, with particular reference to forestry and water resources. The latter are analyzed from both perspectives of scarcity in semi-arid environments and of hazards due to floods. The objective is to provide a complete picture of the literature on these topics highlighting the different approaches and their limitations.

Today, Earth observation (EO) platforms are collecting more than 4 million km2 images of the Earth surface per-day. The diffusion of EO data is creating an incredible opportunity for the launch of new downstream applications and services, which is powered by the new possibilities for big data processing and analysis offered by innovation in cloud computing and artificial intelligence. This new trend allows for capturing higher knowledge from EO data to be exploited in new vertical applications concerning environmental monitoring, disaster relief, precision farming, mining and maritime surveillance.
The European Commission estimated that, in 2017, the global EO economy accounted for about EUR 10 billion, divided between the sales of EO platforms (the upstream section of the supply chain), and the data segment, i.e., their acquisition, processing and transformation into information products for end users (the downstream section). The market is mostly driven by the upstream segment, which constitutes about 70% of the total revenues. The downstream market is estimated to be around EUR 3 billion and is mainly driven by governmental applications, which represent between 50% and 60% of the revenues [255].
However, in order to accomplish further growth, especially in the private sector, some strategic problems need to be solved. The major issues pointed out by a recent ESA survey [256] are the cost of raw data, the market/user acceptance, and the lack of budget to acquire services (see Figure 20). The launch of the Copernicus program is mitigating all these problems. The free and open data policy tackles the problem of the cost of mid-resolution data and at the same time pushes the provider of high-resolution images to lower the cost of their products. This allows EO companies to offer more convenient prices for their services.
Indeed, the Copernicus program is changing the market not only with its data policy but also through a dedicated global campaign to raise the awareness of the usefulness of satellite technologies. The EO market is greatly benefitting from this campaign, as more companies and customers are recognizing the advantages of using EO data. However, as shown by data reported in Table 5, the cost of high-resolution images, especially those having sub-metric resolution, is still high and this affects the commercial development of applications requiring this kind of data. As an example, the cost per square kilometer of a staring spotlight TerraSAR-X archive image with 25 cm resolution (which is the best today available from space) is about EUR 230, while a multispectral WorldView-4 image with 30 cm resolution in the panchromatic channel has a cost per square kilometer of less than EUR 30 [257].
In the previous Section, the suitability of time-series of SAR observations with many applications has been highlighted through a deep revision of the reference literature on those topics, which are all related to change-detection approaches, whose review has been provided in Section 2 and Section 3. It highlighted that most of the literature relies on thresholding of an opportunely selected change layer [48]. However, the underlying weakness of this approach is in the concept of the threshold itself, which is intrinsically not robust. As an example, the reader can consider a situation in which there are more than one change in the scene, like a flood in an agricultural area. At microwaves, the areas interested by canopy removal (due to harvesting in this case) or affected by flood are both characterized by a decrease of the backscattering coefficient due to, in the first case, the lack of volumetric scattering contributions from the vegetation canopies and, in the second, to the change in surface roughness caused by the presence of a thick water layer covering the soil. Therefore, if the objective is the identification of changes in crops, then two thresholds are necessary, one isolating the changed pixels from the unchanged background and another segmenting agricultural land from flooded areas. Most of the analyzed literature cannot cope with this problem, since thresholding is typically blind with respect to the type of changes.

This work provided a deep literature review about multi-temporal synthetic aperture radar data exploitation for Earth observation covering general change detection principles and three applicative contexts like flood mapping, forestry, and management of water resources. The reviewed literature highlighted the usefulness of microwave remote sensing in all the considered topics, although with a different technologic maturity.
Flood mapping appeared as the most consolidated application among those considered. In this context, highly effective techniques have been developed and commercial solutions are available, as well. The most remarkable weakness is probably the lack of products adding value beyond the identification of the flooded areas, which makes synthetic aperture radars practically exploited only in the flood response phase. An advance in the research in this direction, leading to data assimilation into hydrological or weather models to improve forecasts, or the introduction of higher information layers related to the flood extent (i.e., water level maps or estimates of the affected population) should be therefore considered as a priority.
Forestry is a sector in which microwave sensors have been, historically, widely employed due to their all weather and all-time imaging capabilities, which are able to supply data in absence of available multispectral acquisitions. However, the complicated scattering mechanisms involving vegetation canopies hamper the full development of most of the related applications, especially those involving the classification of forest types and the estimate of the above ground biomass. Better results have been reported concerning the mapping of fire scars and deforestation pattern, with the latter application probably representing the most mature and ready to be implemented in industrial environments. The fusion of microwave and multispectral data has been proved to be beneficial in all the examined contexts.
Remote sensing of water resources represents a field in which synthetic aperture radar research can contribute more in the future. The interaction between the microwave remote sensing community and that of hydrologists or hydraulic engineers has proved to be successful but is still quite limited, as well as the penetration of microwave Earth observation technologies in such a multidisciplinary context.
Indeed, the diffusion of synthetic aperture radar data outside their reference scientific community and the industry is probably the most urgent problem to be addressed by its members. This is due to both technical and commercial issues. Many market reports stated that the principal barriers for the spreading of microwave images in the industry are the cost of data and the high expertise needed for their handling. Clearly, the scientific community cannot control the pricing applied by data distributors. However, thanks to the Copernicus Programme, this problem concerns high resolution data (with less than 10 m spatial resolution) and those acquired with long wavelengths (e.g., L-band), since there is no possibility, at the time of this research, to access new acquisitions for free, while some archive data are available for any purpose.
On the other hand, the introduction of more interpretable and user-friendly data representations (useful for detecting landscape changes) and the increasing availability of software for data analysis is a step forward in the direction of the full enabling of synthetic aperture radar data in the industrial world, as well as in the scientific communities of data users. In the latter case, a further boost of the research in data assimilation techniques should be considered as a priority to favor the dialogue between different disciplines and promote the development of new research areas and downstream applications.

All the authors contributed extensively to the redaction of the paper. All authors have read and agreed to the published version of the manuscript.

The authors sincerely thank Airbus Defense and Space UK and Catapult SA for providing NovaSAR data from the commissioning phase. This work has been partially funded by the UK Space Agency under the aegis of the project “UKSA IPP–Space Enabled Monitoring of Illegal Gold Mines”. 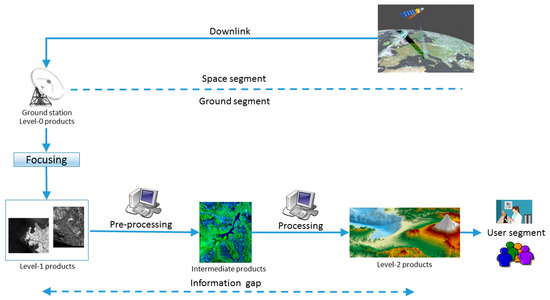 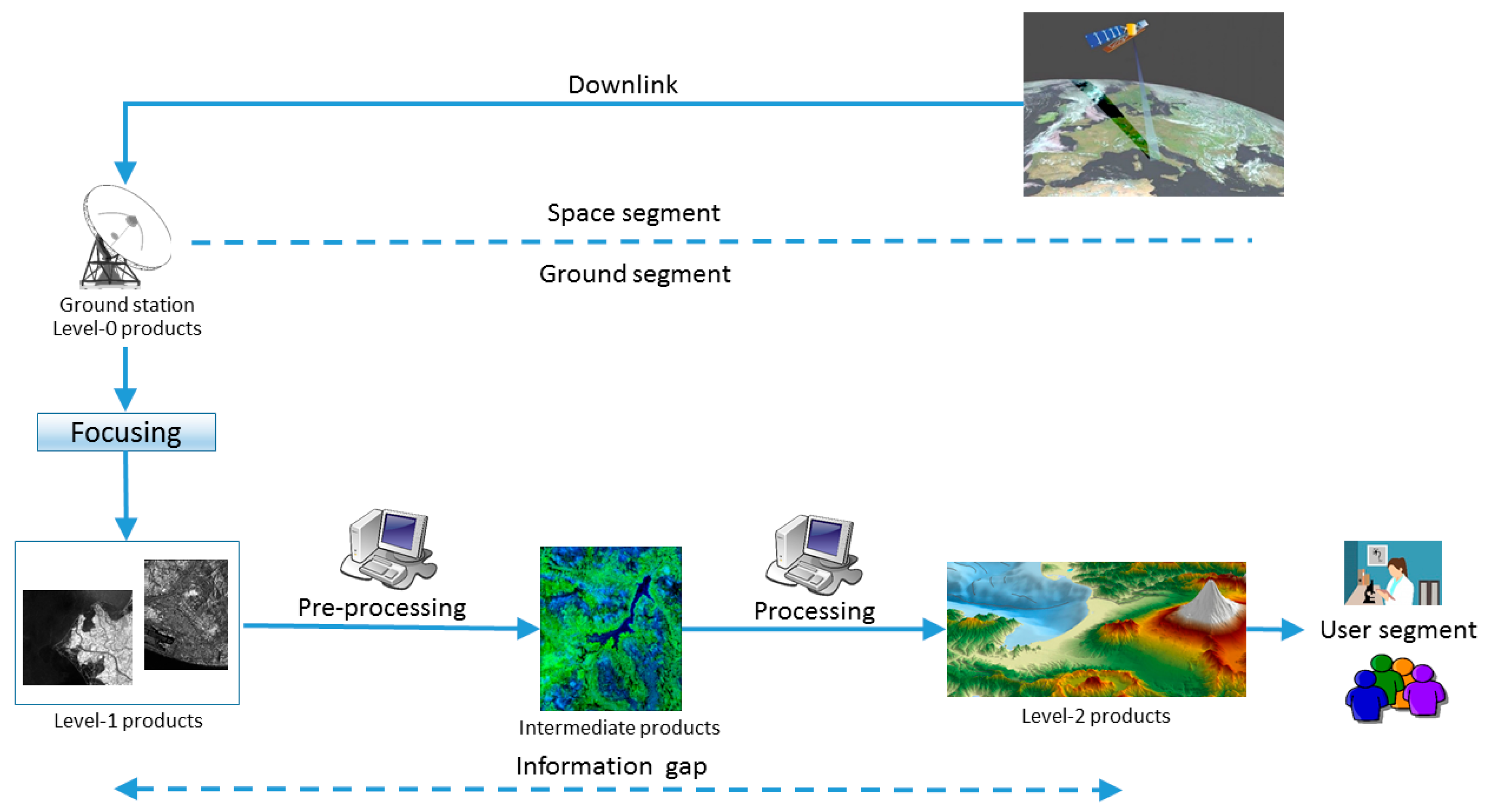 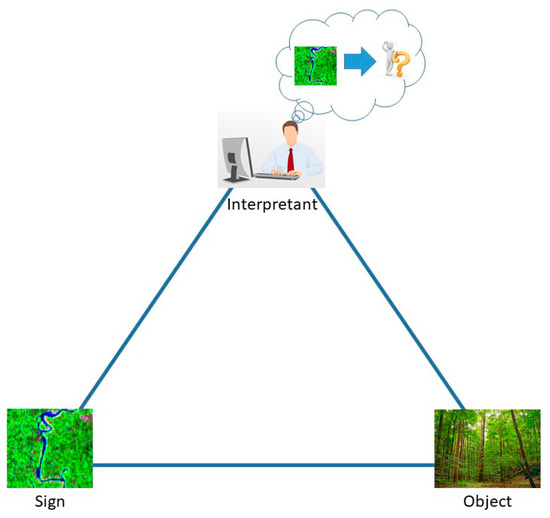 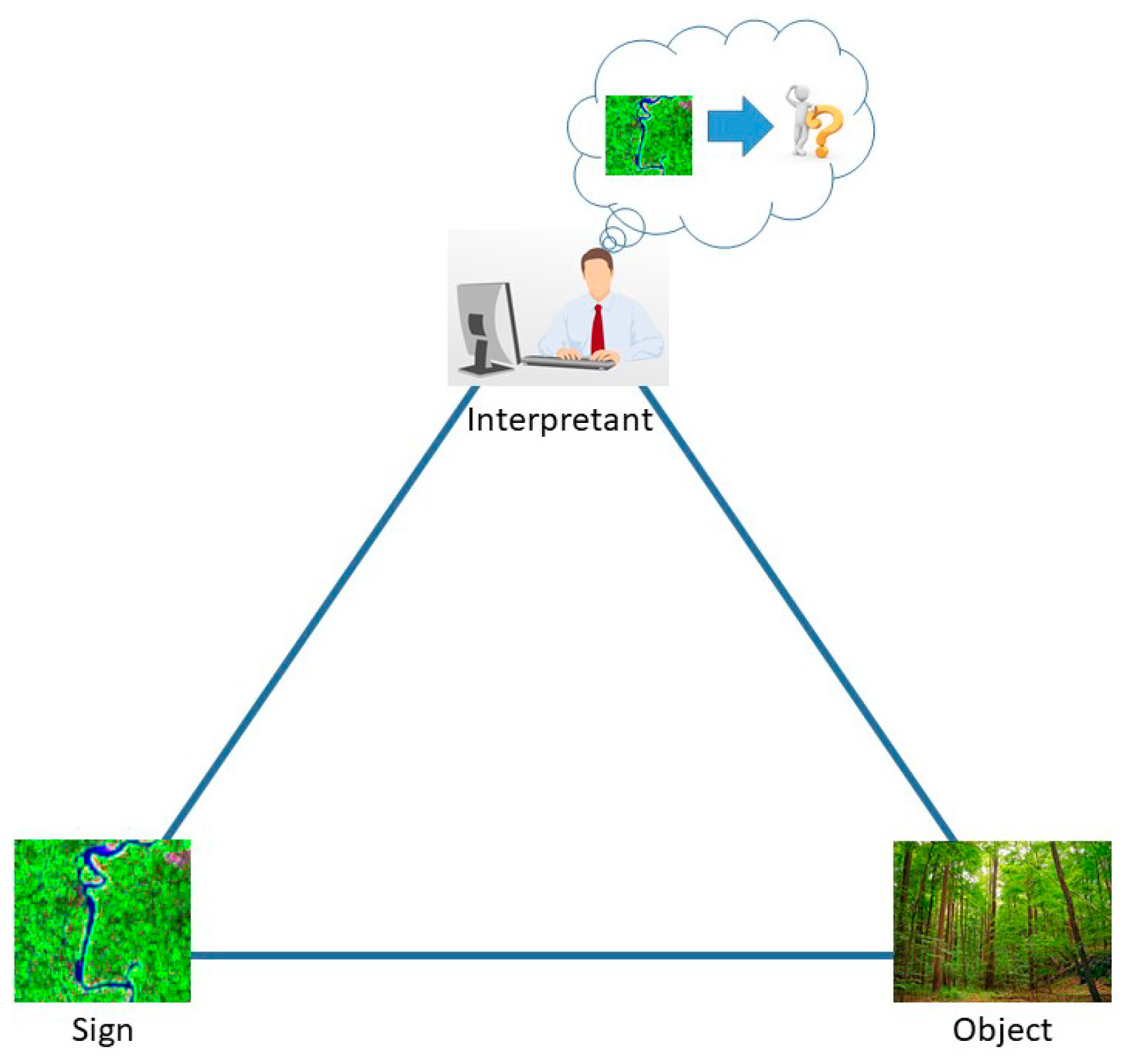 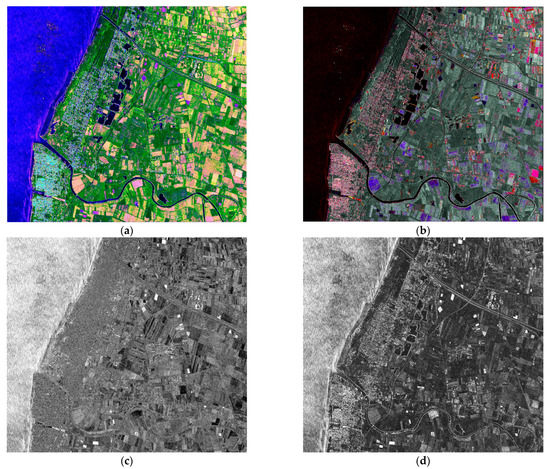 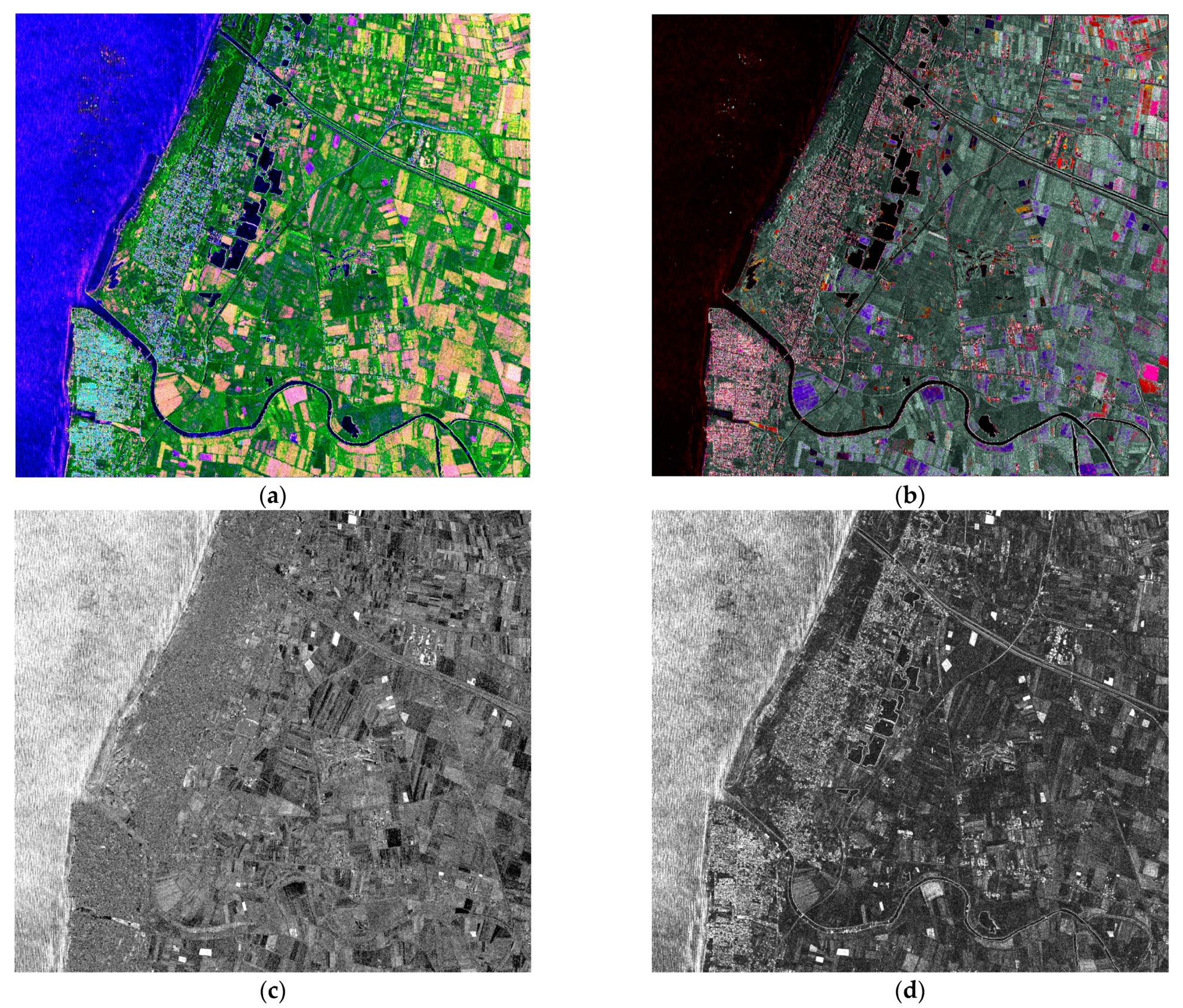 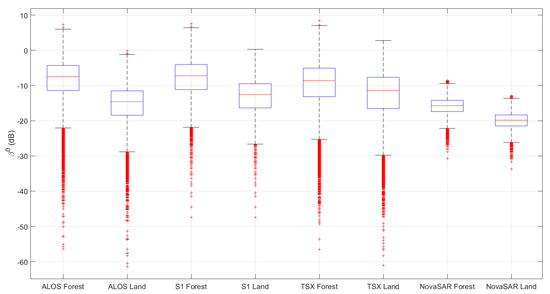 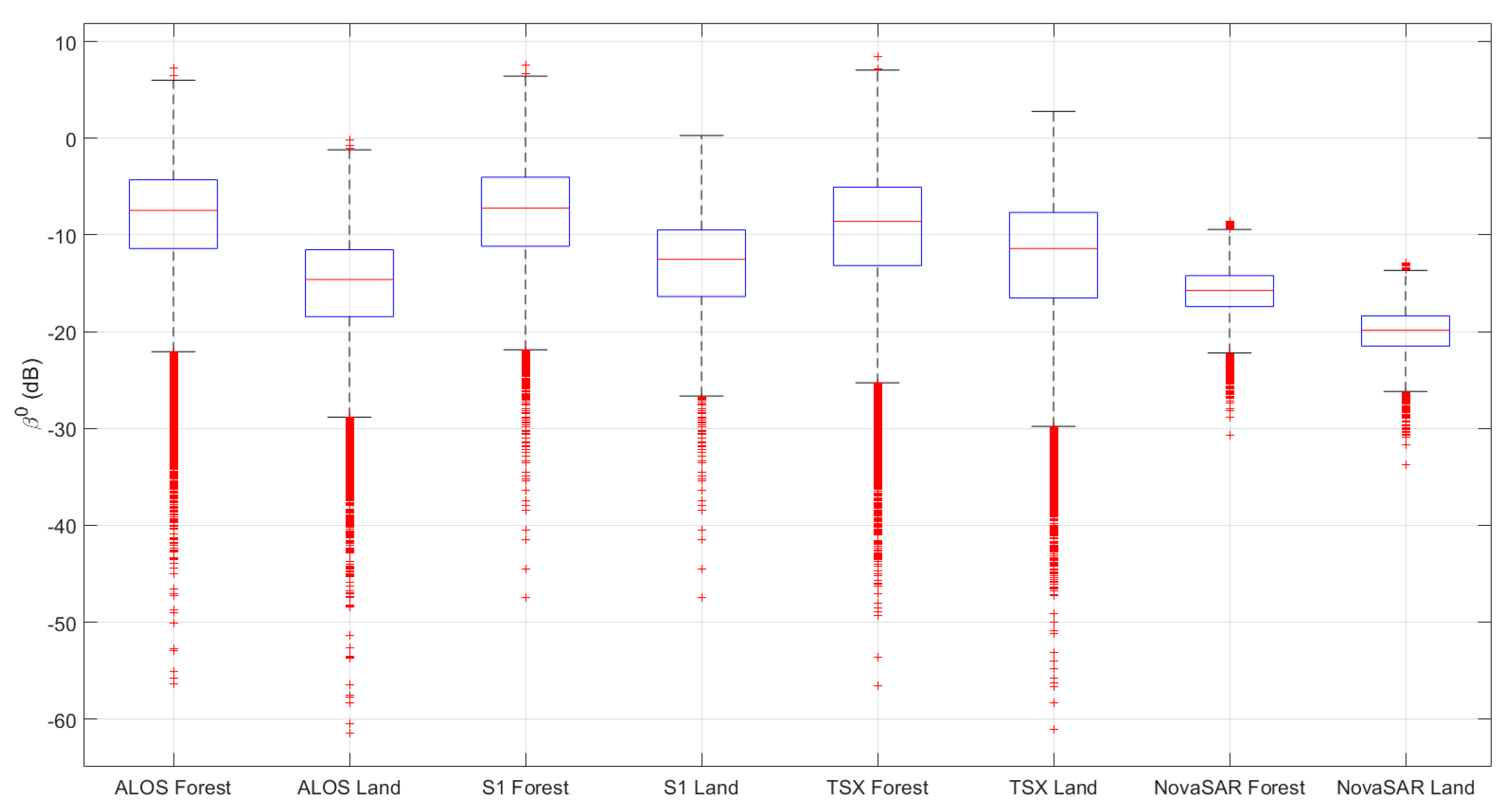 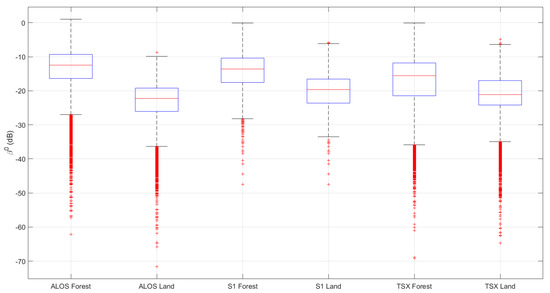 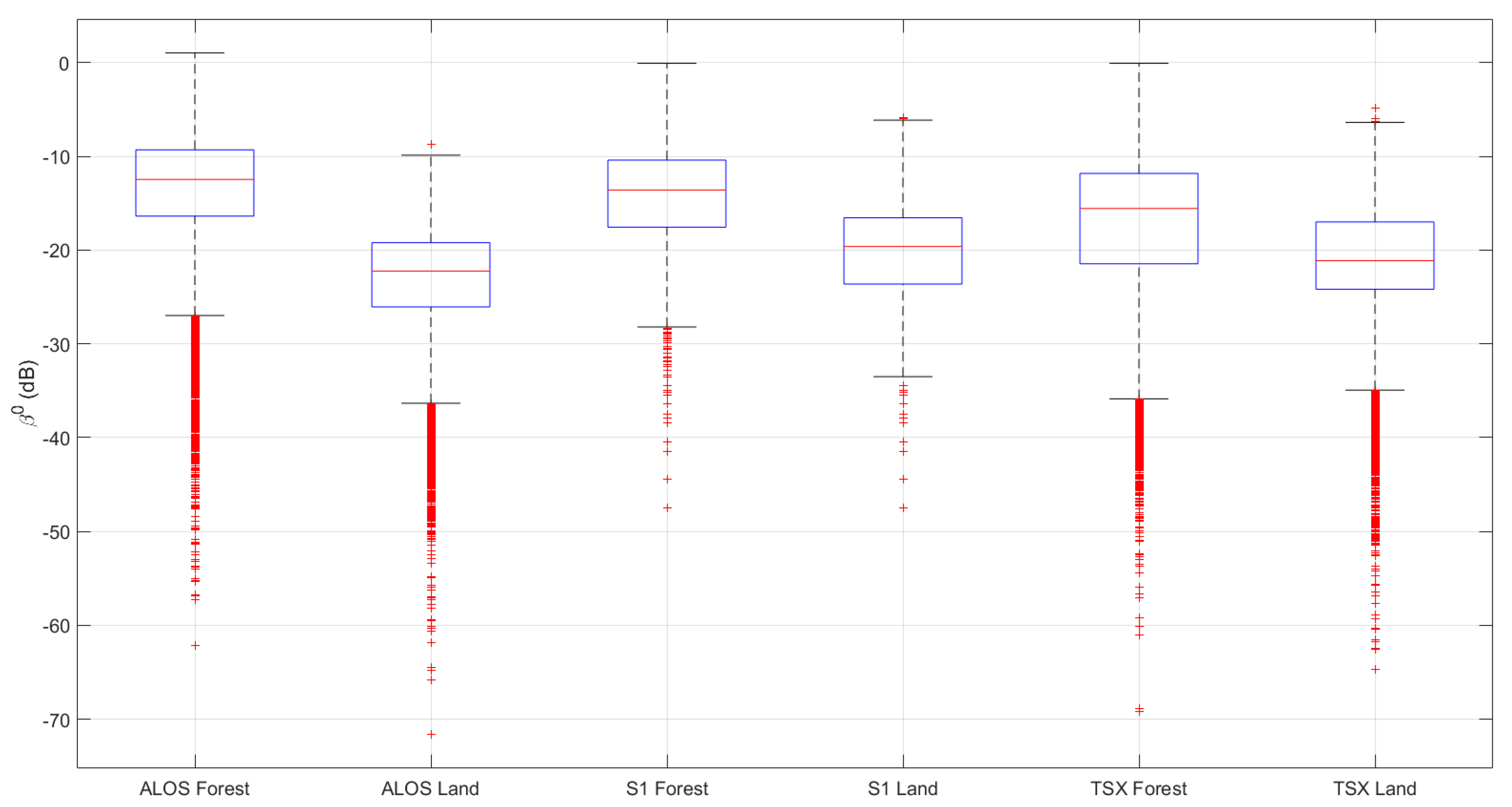 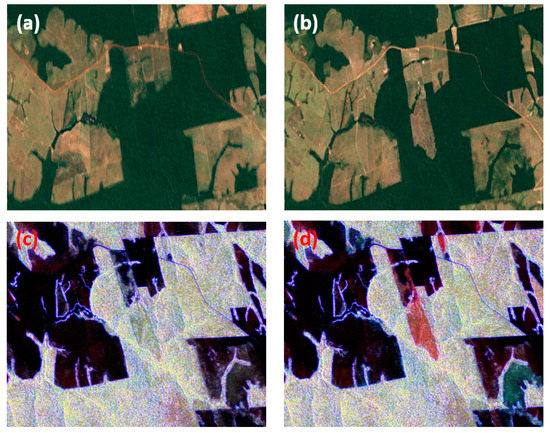 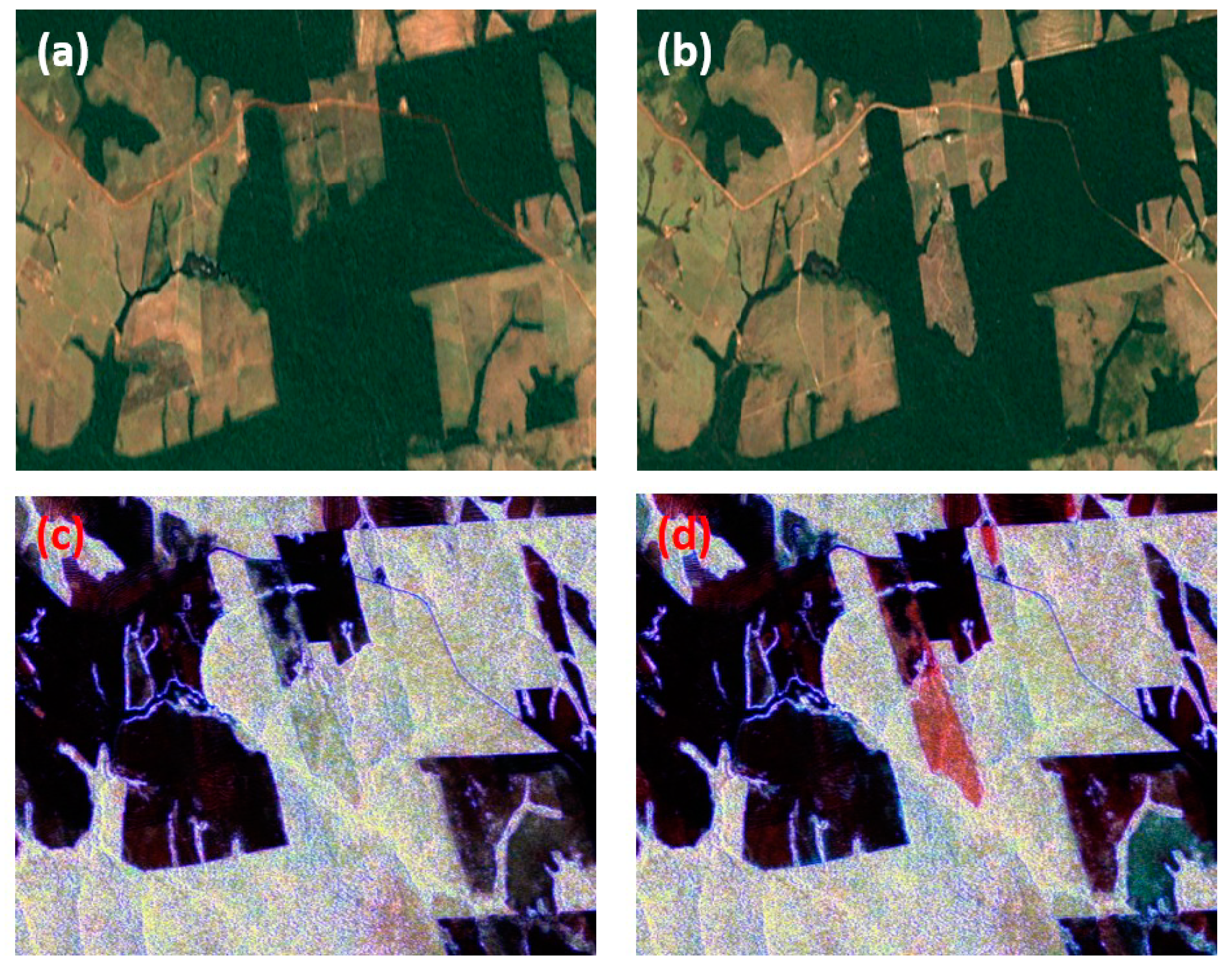 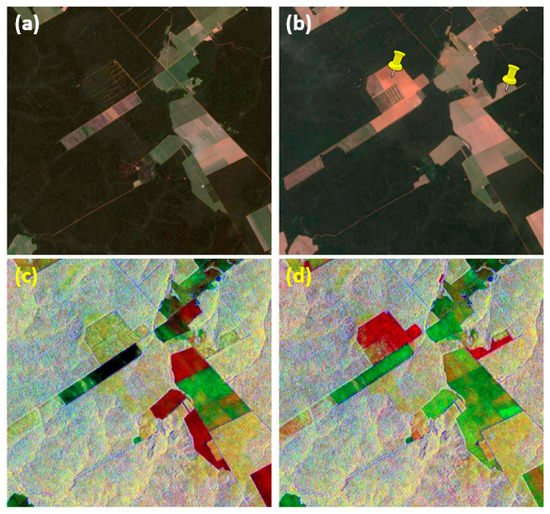 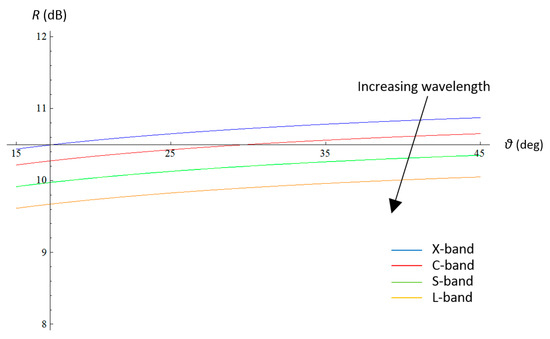 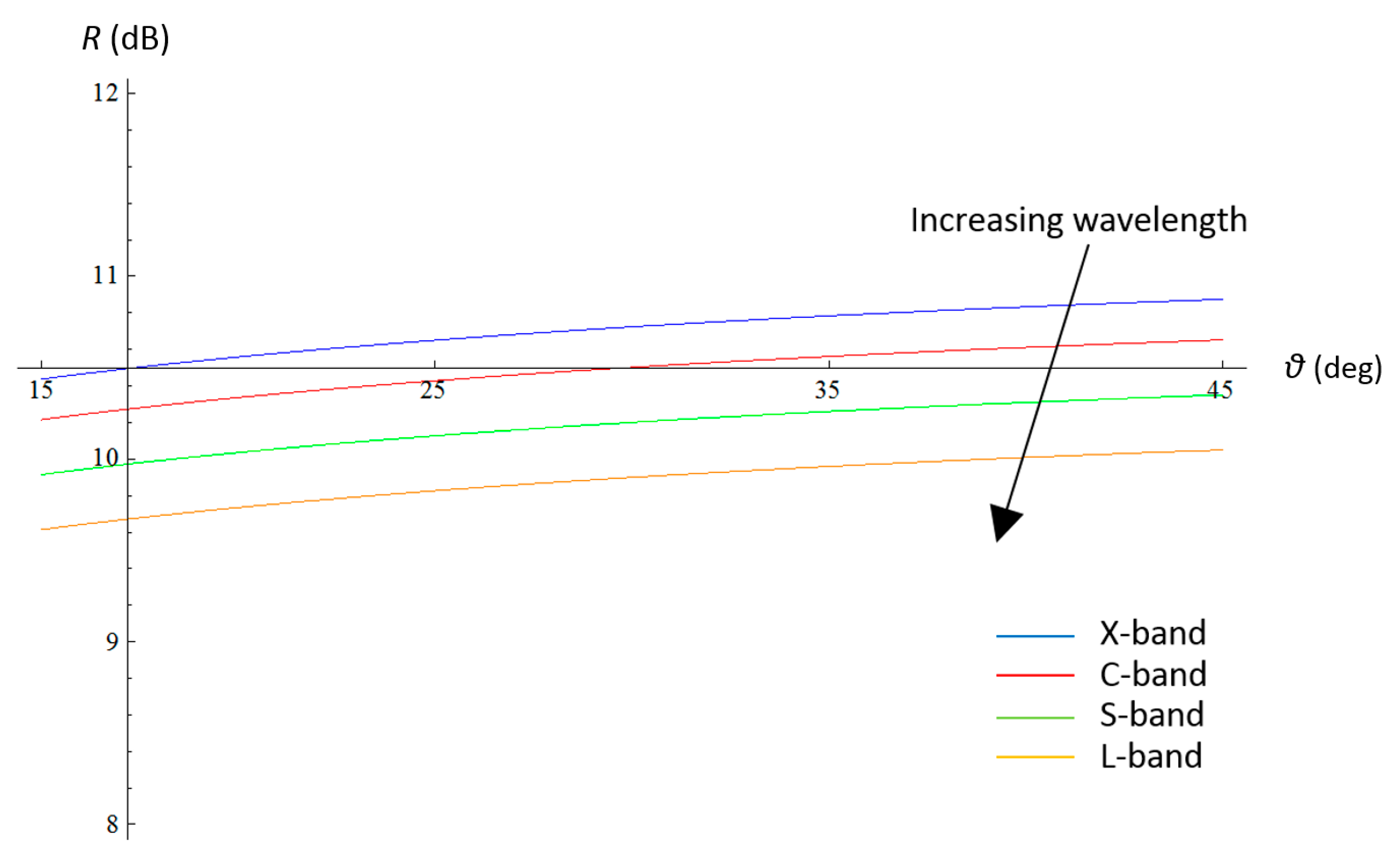 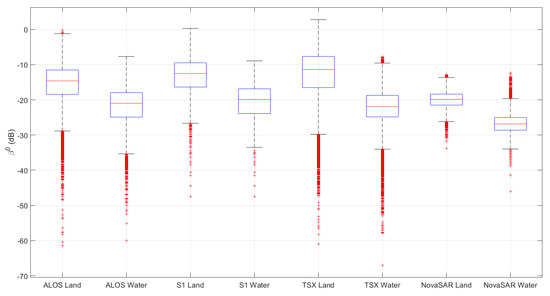 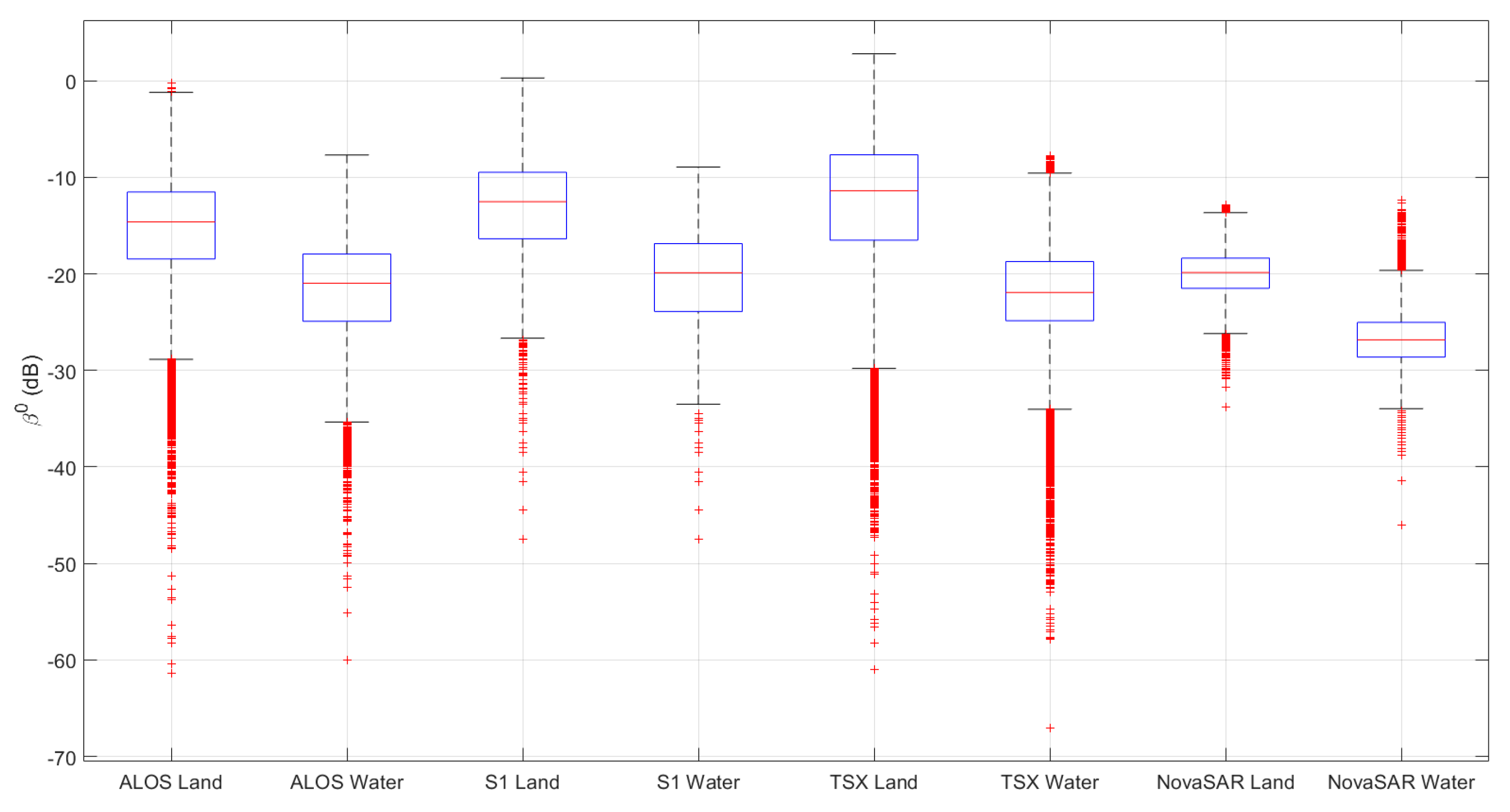 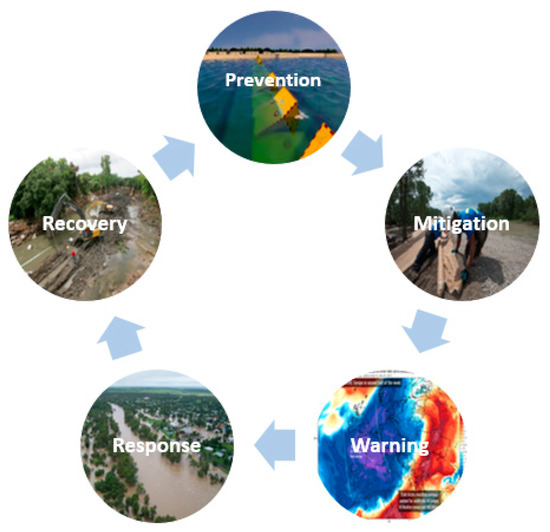 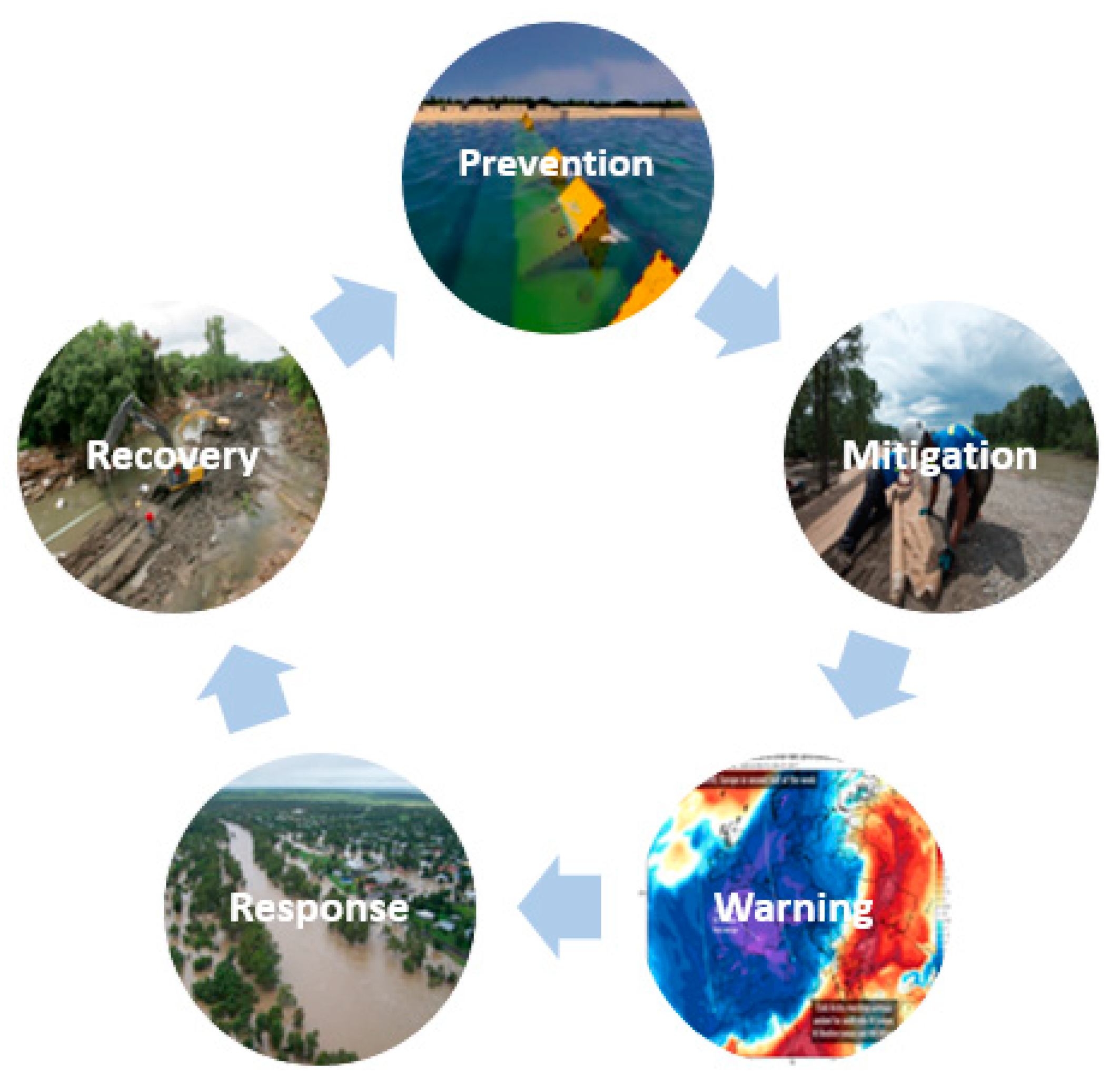