Nitrogen is an essential nutrient element in crop photosynthesis and yield improvement. Thus, it is urgent and important to accurately estimate the leaf nitrogen contents (LNC) of crops for precision nitrogen management. Based on the correlation between LNC and reflectance spectra, the hyperspectral LiDAR (HSL) system can determine three-dimensional structural parameters and biochemical changes of crops. Thereby, HSL technology has been widely used to monitor the LNC of crops at leaf and canopy levels. In addition, the laser-induced fluorescence (LIF) of chlorophyll, related to the histological structure and physiological conditions of green plants, can also be utilized to detect nutrient stress in crops. In this study, four regression algorithms, support vector machines (SVMs), partial least squares (PLS) and two artificial neural networks (ANNs), back propagation NNs (BP-NNs) and radial basic function NNs (RBF-NNs), were selected to estimate rice LNC in booting and heading stages based on reflectance and LIF spectra. These four regression algorithms were used for 36 input variables, including the reflectance spectral variables on 32 wavelengths and four peaks of the LIF spectra. A feature weight algorithm was proposed to select different band combinations for the LNC retrieval models. The determination coefficient (R2) and the root mean square error (RMSE) of the retrieval models were utilized to compare their abilities of estimating the rice LNC. The experimental results demonstrate that (I) these four regression methods are useful for estimating rice LNC in the order of RBF-NNs > SVMs > BP-NNs > PLS; (II) The LIF data in two forms, including peaks and indices, display potential in rice LNC retrieval, especially when using the PLS regression (PLSR) model for the relationship of rice LNC with spectral variables. The feature weighting algorithm is an effective and necessary method to determine appropriate band combinations for rice LNC estimation. View Full-Text
Keywords: leaf nitrogen content; hyperspectral LiDAR; laser-induced fluorescence; feature weighting; band combination leaf nitrogen content; hyperspectral LiDAR; laser-induced fluorescence; feature weighting; band combination
►▼ Show Figures 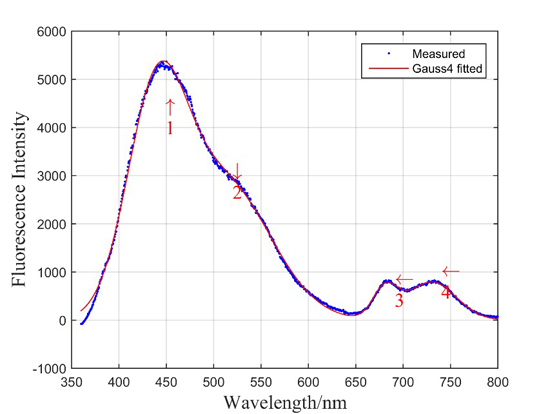