Modulation of Mucin (MUC2, MUC5AC and MUC5B) mRNA Expression and Protein Production and Secretion in Caco-2/HT29-MTX Co-Cultures Following Exposure to Individual and Combined Aflatoxin M1 and Ochratoxin A
Next Article in Special Issue

The Role of Toxins in the Pursuit for Novel Analgesics

Chronic pain is a major medical issue which reduces the quality of life of millions and inflicts a significant burden on health authorities worldwide. Currently, management of chronic pain includes first-line pharmacological therapies that are inadequately effective, as in just a portion of patients pain relief is obtained. Furthermore, most analgesics in use produce severe or intolerable adverse effects that impose dose restrictions and reduce compliance. As the majority of analgesic agents act on the central nervous system (CNS), it is possible that blocking pain at its source by targeting nociceptors would prove more efficient with minimal CNS-related side effects. The development of such analgesics requires the identification of appropriate molecular targets and thorough understanding of their structural and functional features. To this end, plant and animal toxins can be employed as they affect ion channels with high potency and selectivity. Moreover, elucidation of the toxin-bound ion channel structure could generate pharmacophores for rational drug design while favorable safety and analgesic profiles could highlight toxins as leads or even as valuable therapeutic compounds themselves. Here, we discuss the use of plant and animal toxins in the characterization of peripherally expressed ion channels which are implicated in pain.
Keywords: TRPV1; TRPA1; ASIC; NaV channels; chronic pain; analgesics; toxins; pharmacophore. TRPV1; TRPA1; ASIC; NaV channels; chronic pain; analgesics; toxins; pharmacophore.

This work was supported by the Israel Science Foundation Grant 1444/16 (to A.P.) and the ICRF–Brause Family Initiative for Quality of Life Grant (to A.P.), and the Paula Goldberg fellowship (to M.G.). 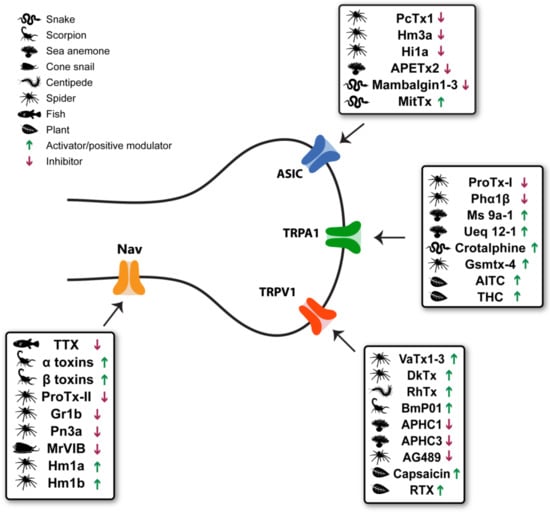 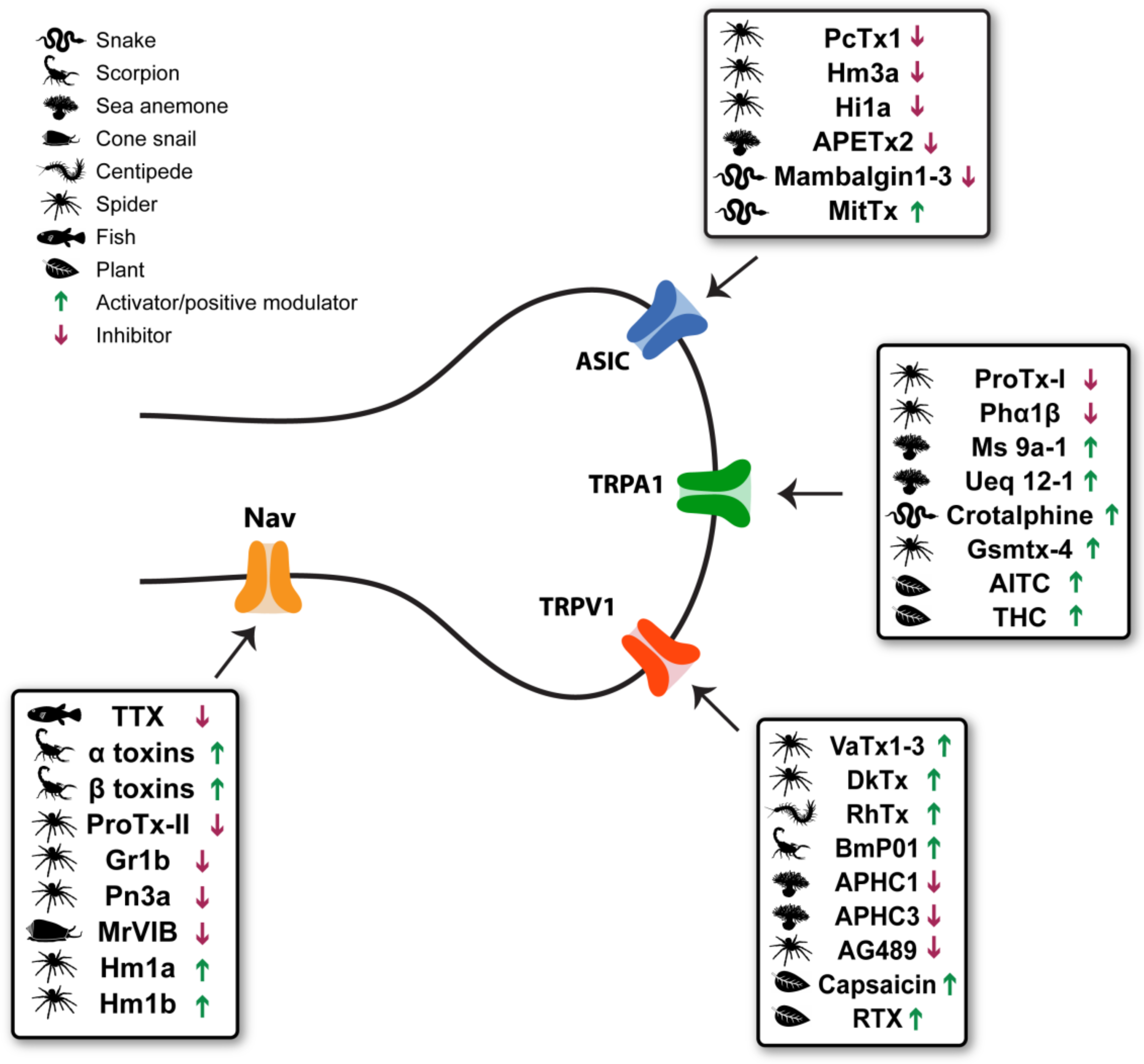 Table 4. Toxins targeting voltage-gated sodium channels.
Table 4. Toxins targeting voltage-gated sodium channels.
© 2019 by the authors. Licensee MDPI, Basel, Switzerland. This article is an open access article distributed under the terms and conditions of the Creative Commons Attribution (CC BY) license (http://creativecommons.org/licenses/by/4.0/).
We use cookies on our website to ensure you get the best experience. Read more about our cookies here.
Accept
We have just recently launched a new version of our website. Help us to further improve by taking part in this short 5 minute survey here. here.
Never show this again