Co-Occurrence of Cyanobacteria and Cyanotoxins with Other Environmental Health Hazards: Impacts and Implications

Mass Occurrence of Anatoxin-a- and Dihydroanatoxin-a-Producing Tychonema sp. in Mesotrophic Reservoir Mandichosee (River Lech, Germany) as a Cause of Neurotoxicosis in Dogs

In August 2019, three dogs died after bathing in or drinking from Mandichosee, a mesotrophic reservoir of the River Lech (Germany). The dogs showed symptoms of neurotoxic poisoning and intoxication with cyanotoxins was considered. Surface blooms were not visible at the time of the incidents. Benthic Tychonema sp., a potential anatoxin-a (ATX)-producing cyanobacterium, was detected in mats growing on the banks, as biofilm on macrophytes and later as aggregations floating on the lake surface. The dogs’ pathological examinations showed lung and liver lesions. ATX and dihydroanatoxin-a (dhATX) were detected by LC-MS/MS in the stomachs of two dogs and reached concentrations of 563 and 1207 µg/L, respectively. Anatoxins (sum of ATX and dhATX, ATXs) concentrations in field samples from Mandichosee ranged from 0.1 µg/L in the open water to 68,000 µg/L in samples containing a large amount of mat material. Other (neuro)toxic substances were not found. A molecular approach was used to detect toxin genes by PCR and to reveal the cyanobacterial community composition by sequencing. Upstream of Mandichosee, random samples were taken from other Lech reservoirs, uncovering Tychonema and ATXs at several sampling sites. Similar recent findings emphasize the importance of focusing on the investigation of benthic toxic cyanobacteria and applying appropriate monitoring strategies in the future. View Full-Text
Keywords: cyanobacteria; anatoxin-a; dihydroanatoxin-a; Tychonema; neurotoxicosis; cyanotoxins; macrophytes; benthic; tychoplanktic; reservoir cyanobacteria; anatoxin-a; dihydroanatoxin-a; Tychonema; neurotoxicosis; cyanotoxins; macrophytes; benthic; tychoplanktic; reservoir
►▼ Show Figures 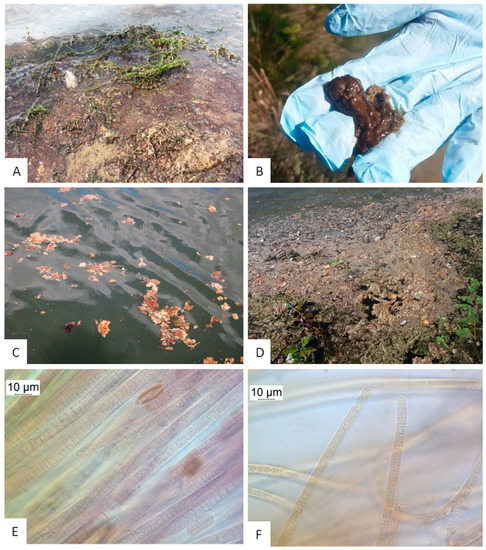