Molecular Identification and Toxin Analysis of Alexandrium spp. in the Beibu Gulf: First Report of Toxic A. tamiyavanichii in Chinese Coastal Waters
Previous Article in Journal 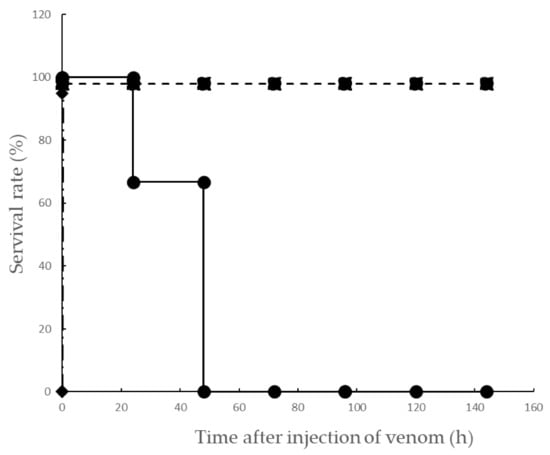 Akihiko Yamamoto
After graduating from university, I joined the National Institute of Infectious Diseases and continued my research. During that time, my research themes have been analyzing bioactive substances, cancer treatments, bacterial toxins, and snake toxins. For the past few years, I have been conducting research on the treatment of snake venom using animal models.
Zoom | Orient | As Lines | As Sticks | As Cartoon | As Surface | Previous Scene | Next Scene
We use cookies on our website to ensure you get the best experience. Read more about our cookies here.
Accept
We have just recently launched a new version of our website. Help us to further improve by taking part in this short 5 minute survey here. here.
Never show this again