Occurrence of Ochratoxin A in the Wild Boar (Sus scrofa): Chemical and Histological Analysis

The aim of this study was to select wine yeast strains as biocontrol agents against fungal contaminants responsible for the accumulation of ochratoxin A (OTA) in grape and wine and to dissect the mechanism of OTA detoxification by a Saccharomyces cerevisiae strain (DISAABA1182), which had previously been reported to reduce OTA in a synthetic must. All of the yeast strains tested displayed an ability to inhibit the growth of Aspergillus carbonarius both in vivo and in vitro and addition of culture filtrates from the tested isolates led to complete inhibition of OTA production. S. cerevisiae DISAABA1182 was selected and further tested for its capacity to inhibit OTA production and pks (polyketide synthase) transcription in A. carbonarius and Aspergillus ochraceus in vitro. In order to dissect the mechanism of OTA detoxification, each of these two fungi was co-cultured with living yeast cells exposed to yeast crude or to autoclaved supernatant: S. cerevisiae DISAABA1182 was found to inhibit mycelial growth and OTA production in both Aspergilli when co-cultured in the OTA-inducing YES medium. Moreover, a decrease in pks transcription was observed in the presence of living cells of S. cerevisiae DISAABA1182 or its supernatant, while no effects were observed on transcription of either of the constitutively expressed calmodulin and β-tubulin genes. This suggests that transcriptional regulation of OTA biosynthetic genes takes place during the interaction between DISAABA1182 and OTA-producing Aspergilli. View Full-Text
Keywords: polyketide synthase; grape; Ochratoxin A; biological control; Saccharomyces cerevisiae; Aspergillus carbonarius; Aspergillus ochraceus polyketide synthase; grape; Ochratoxin A; biological control; Saccharomyces cerevisiae; Aspergillus carbonarius; Aspergillus ochraceus
►▼ Show Figures 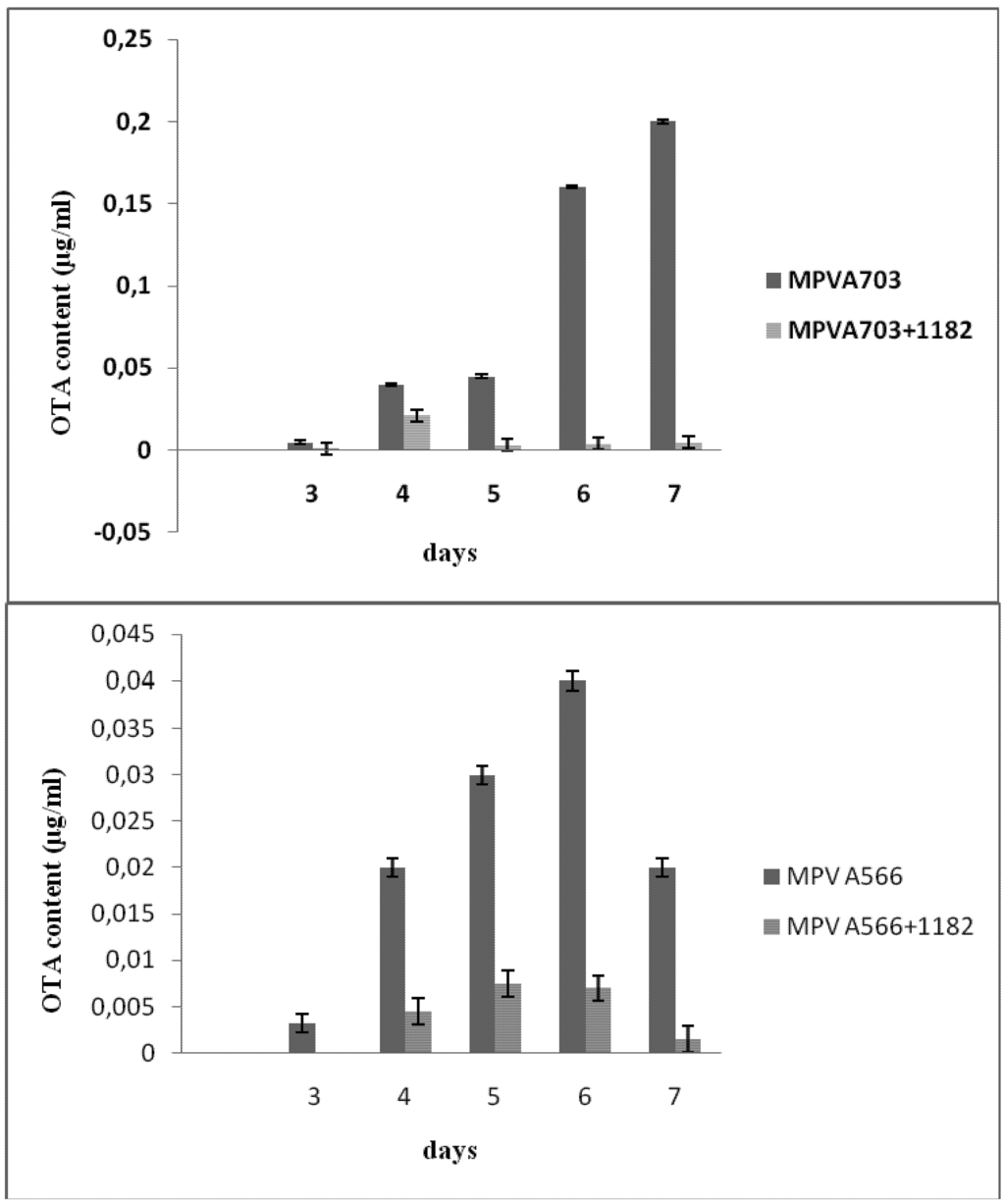