The Pore-Forming Haemolysins of Bacillus Cereus: A Review

The Bacillus cereus sensu lato group contains diverse Gram-positive spore-forming bacteria that can cause gastrointestinal diseases and severe eye infections in humans. They have also been incriminated in a multitude of other severe, and frequently fatal, clinical infections, such as osteomyelitis, septicaemia, pneumonia, liver abscess and meningitis, particularly in immuno-compromised patients and preterm neonates. The pathogenic properties of this organism are mediated by the synergistic effects of a number of virulence products that promote intestinal cell destruction and/or resistance to the host immune system. This review focuses on the pore-forming haemolysins produced by B. cereus: haemolysin I (cereolysin O), haemolysin II, haemolysin III and haemolysin IV (CytK). Haemolysin I belongs to the cholesterol-dependent cytolysin (CDC) family whose best known members are listeriolysin O and perfringolysin O, produced by L. monocytogenes and C. perfringens respectively. HlyII and CytK are oligomeric ß-barrel pore-forming toxins related to the α-toxin of S. aureus or the ß-toxin of C. perfringens. The structure of haemolysin III, the least characterized haemolytic toxin from the B. cereus, group has not yet been determined. View Full-Text
Keywords: B. cereus; haemolysins; cereolysin O; haemolysin II; haemolysin III; cytotoxin K; PlcR B. cereus; haemolysins; cereolysin O; haemolysin II; haemolysin III; cytotoxin K; PlcR
►▼ Show Figures 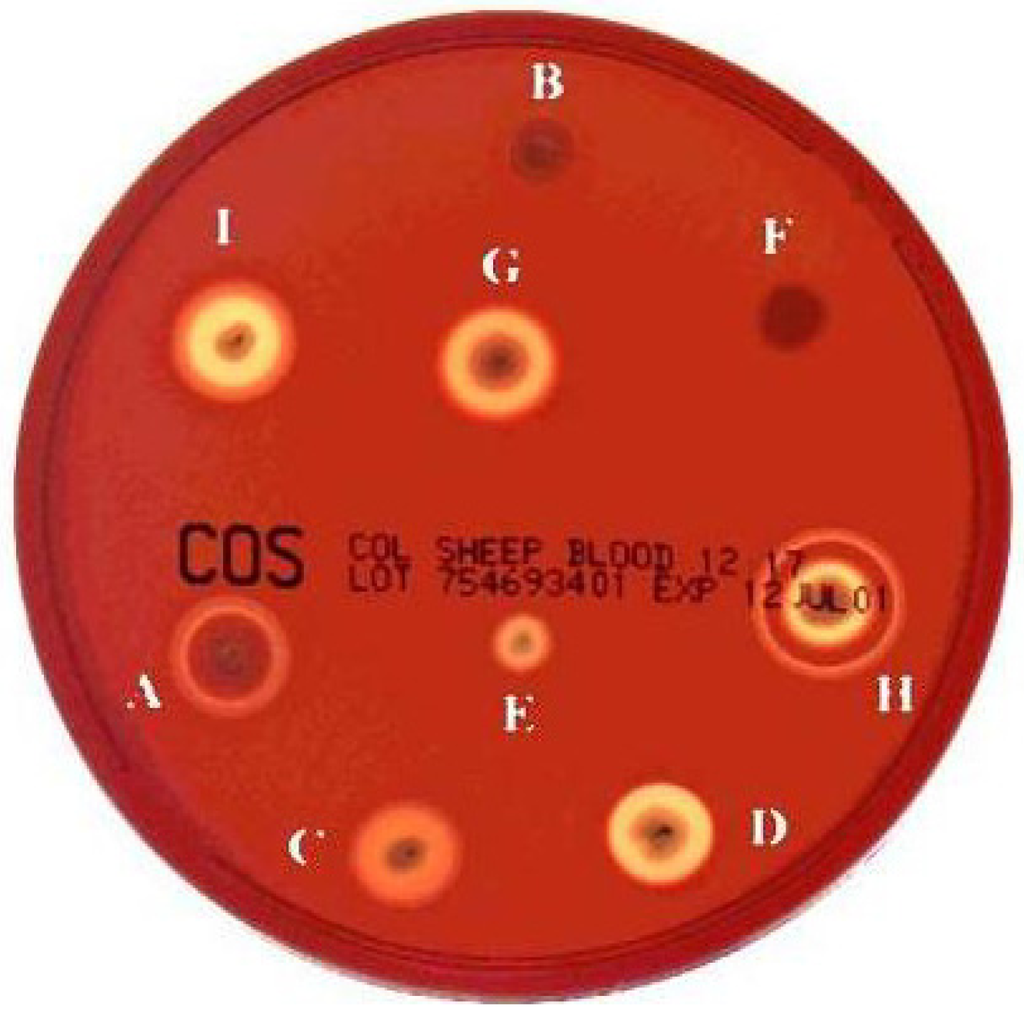