Extracts of Renealmia alpinia (Rottb.) MAAS Protect against Lethality and Systemic Hemorrhage Induced by Bothrops asper Venom: Insights from a Model with Extract Administration before Venom Injection
Next Article in Special Issue

Natural Compounds Interacting with Nicotinic Acetylcholine Receptors: From Low-Molecular Weight Ones to Peptides and Proteins
Previous Article in Journal

Animal venoms are widely recognized excellent resources for the discovery of novel drug leads and physiological tools. Most are comprised of a large number of components, of which the enzymes, small peptides, and proteins are studied for their important bioactivities. However, in spite of there being over 2000 venomous fish species, piscine venoms have been relatively underrepresented in the literature thus far. Most studies have explored whole or partially fractioned venom, revealing broad pharmacology, which includes cardiovascular, neuromuscular, cytotoxic, inflammatory, and nociceptive activities. Several large proteinaceous toxins, such as stonustoxin, verrucotoxin, and Sp-CTx, have been isolated from scorpaenoid fish. These form pores in cell membranes, resulting in cell death and creating a cascade of reactions that result in many, but not all, of the physiological symptoms observed from envenomation. Additionally, Natterins, a novel family of toxins possessing kininogenase activity have been found in toadfish venom. A variety of smaller protein toxins, as well as a small number of peptides, enzymes, and non-proteinaceous molecules have also been isolated from a range of fish venoms, but most remain poorly characterized. Many other bioactive fish venom components remain to be discovered and investigated. These represent an untapped treasure of potentially useful molecules. View Full-Text
Keywords: fish venom; venom proteins; venom peptides; pharmacology; pore forming toxins; stonefish toxins fish venom; venom proteins; venom peptides; pharmacology; pore forming toxins; stonefish toxins
►▼ Show Figures 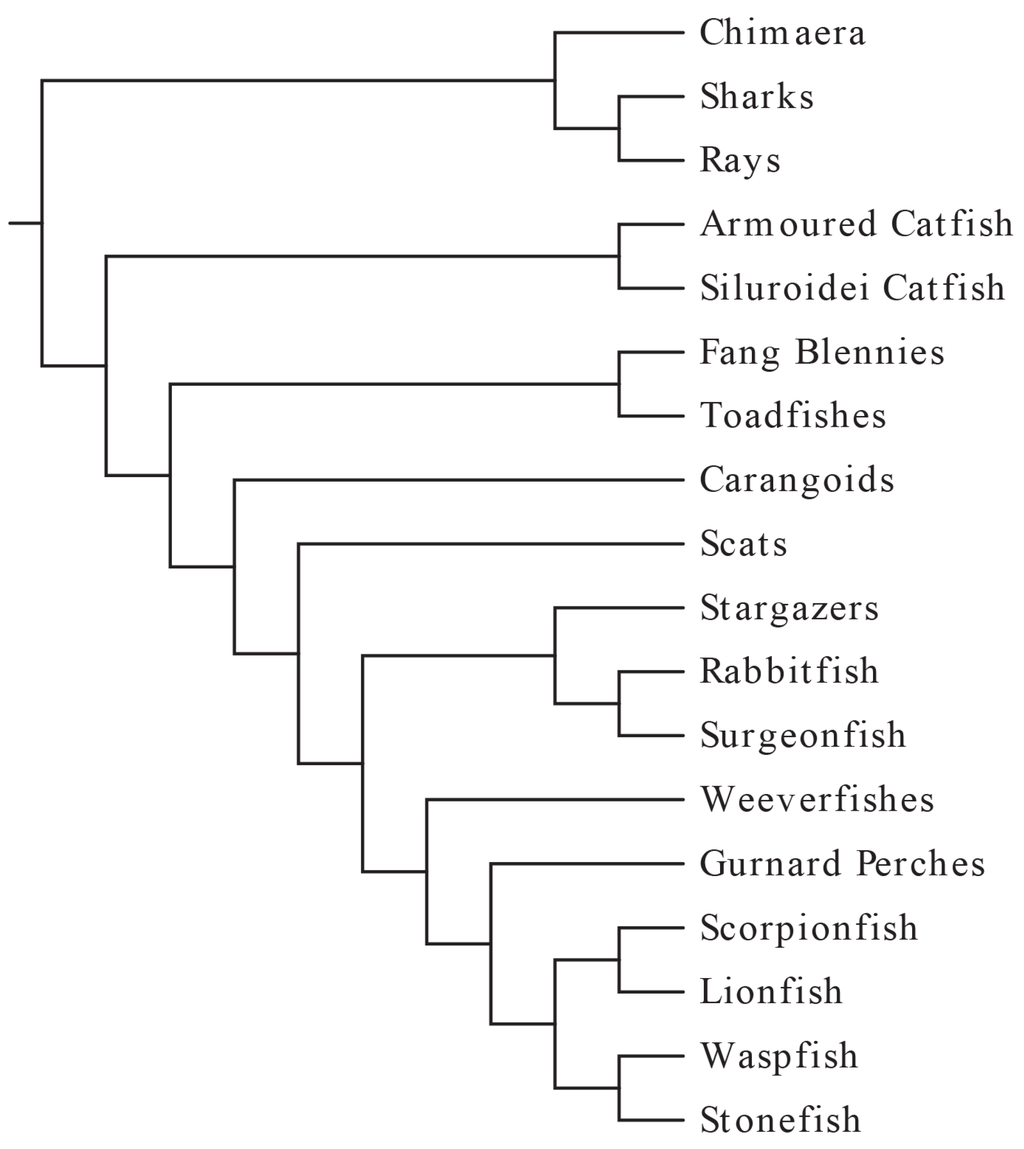