Mass spectrometry has recently become a powerful technique for bacterial identification. Mass spectrometry approaches generally rely upon introduction of the bacteria into a matrix-assisted laser-desorption time-of-flight (MALDI-TOF) mass spectrometer with mass spectrometric recognition of proteins specific to that organism that form a reliable fingerprint. With some bacteria, such as Bacillus anthracis and Clostridium botulinum, the health threat posed by these organisms is not the organism itself, but rather the protein toxins produced by the organisms. One such example is botulinum neurotoxin (BoNT), a potent neurotoxin produced by C. botulinum. There are seven known serotypes of BoNT, A–G, and many of the serotypes can be further differentiated into toxin variants, which are up to 99.9% identical in some cases. Mass spectrometric proteomic techniques have been established to differentiate the serotype or toxin variant of BoNT produced by varied strains of C. botulinum. Detection of potent biological toxins requires high analytical sensitivity and mass spectrometry based methods have been developed to determine the enzymatic activity of BoNT and the anthrax lethal toxins produced by B. anthracis. This enzymatic activity, unique for each toxin, is assessed with detection of the toxin-induced cleavage of strategically designed peptide substrates by MALDI-TOF mass spectrometry offering unparalleled specificity. Furthermore, activity assays allow for the assessment of the biological activity of a toxin and its potential health risk. Such methods have become important diagnostics for botulism and anthrax. Here, we review mass spectrometry based methods for the enzymatic activity of BoNT and the anthrax lethal factor toxin. View Full-Text
Keywords: anthrax; anthrax lethal factor; botulinum neurotoxin; botulism; mass spectrometry anthrax; anthrax lethal factor; botulinum neurotoxin; botulism; mass spectrometry
►▼ Show Figures 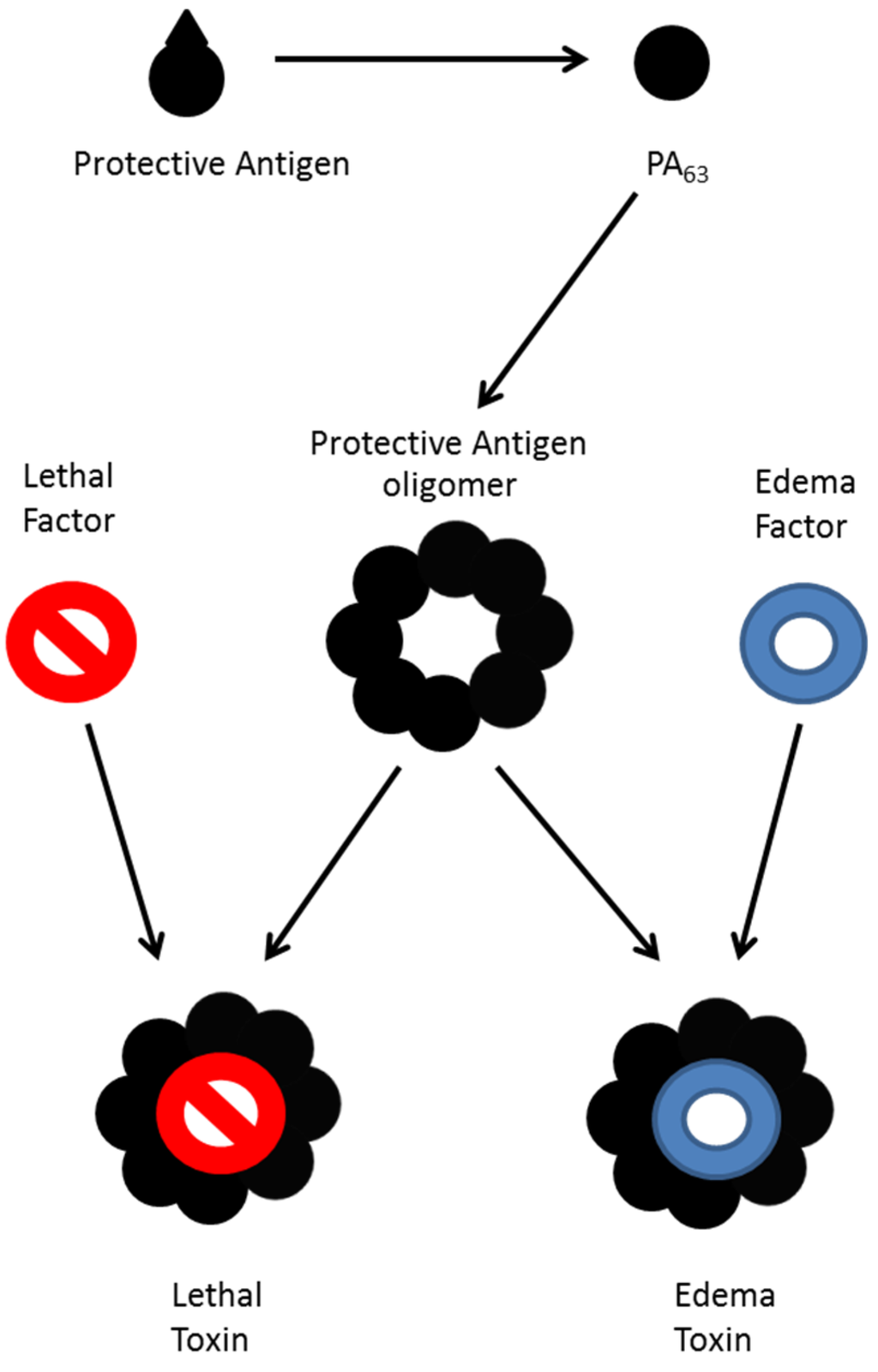