Mohammad A. Afifi
3 and

Non-governmental organizations (NGOs) in under-developed countries are receiving funds from donor agencies for various purposes, including relief from natural disasters and other emergencies, promoting education, women empowerment, economic development, and many more. Some donor agencies have lost their trust in NGOs in under-developed countries, as some NGOs have been involved in the misuse of funds. This is evident from irregularities in the records. For instance, in education funds, on some occasions, the same student has appeared in the records of multiple NGOs as a beneficiary, when in fact, a maximum of one NGO could be paying for a particular beneficiary. Therefore, the number of actual beneficiaries would be smaller than the number of claimed beneficiaries. This research proposes a blockchain-based solution to ensure trust between donor agencies from all over the world, and NGOs in under-developed countries. The list of National IDs along with other keys would be available publicly on a blockchain. The distributed software would ensure that the same set of keys are not entered twice in this blockchain, preventing the problem highlighted above. The details of the fund provided to the student would also be available on the blockchain and would be encrypted and digitally signed by the NGOs. In the case that a record inserted into this blockchain is discovered to be fake, this research provides a way to cancel that record. A cancellation record is inserted, only if it is digitally signed by the relevant donor agency. View Full-Text
Keywords: blockchain; ensuring trust; NGOs; encryption blockchain; ensuring trust; NGOs; encryption
►▼ Show Figures 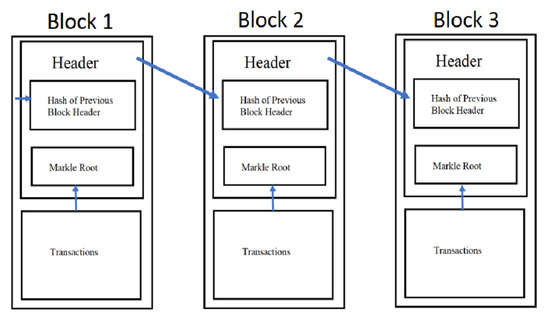