The high pace of gene discovery has resulted in thrilling advances in the field of epilepsy genetics. Clinical testing with comprehensive gene panels, exomes, or genomes are now increasingly available and have led to a significant higher diagnostic yield in early-onset epilepsies and enabled precision medicine approaches. These have been instrumental in providing insights into the pathophysiology of both early-onset benign and self-limited syndromes and devastating developmental and epileptic encephalopathies (DEEs). Genetic heterogeneity is seen in many epilepsy syndromes such as West syndrome and epilepsy of infancy with migrating focal seizures (EIMFS), indicating that two or more genetic loci produce the same or similar phenotypes. At the same time, some genes such as SCN2A can be associated with a wide range of epilepsy syndromes ranging from self-limited familial neonatal epilepsy at the mild end to Ohtahara syndrome, EIFMS, West syndrome, Lennox–Gastaut syndrome, or unclassifiable DEEs at the severe end of the spectrum. The aim of this study was to review the clinical and genetic heterogeneity associated with epilepsy syndromes starting in the first year of life including: Self-limited familial neonatal, neonatal-infantile or infantile epilepsies, genetic epilepsy with febrile seizures plus spectrum, myoclonic epilepsy in infancy, Ohtahara syndrome, early myoclonic encephalopathy, West syndrome, Dravet syndrome, EIMFS, and unclassifiable DEEs. We also elaborate on the advantages and pitfalls of genetic testing in such conditions. Finally, we describe how a genetic diagnosis can potentially enable precision therapy in monogenic epilepsies and emphasize that early genetic testing is a cornerstone for such therapeutic strategies. View Full-Text
Keywords: epilepsy genetics; diagnostic yield; early-onset epilepsy; epileptic encephalopathy; benign and self-limiting (familial) epilepsy syndromes; precision therapy epilepsy genetics; diagnostic yield; early-onset epilepsy; epileptic encephalopathy; benign and self-limiting (familial) epilepsy syndromes; precision therapy
►▼ Show Figures 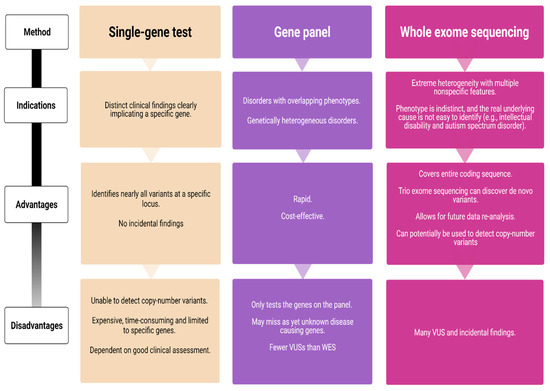