Numerous sources of evidence suggest that most of the eukaryotic genome is transcribed into protein-coding mRNAs and also into a large number of non-coding RNAs (ncRNAs). Long ncRNAs (lncRNAs), a group consisting of ncRNAs longer than 200 nucleotides, have been found to play critical roles in transcriptional, post-transcriptional, and epigenetic gene regulation across all kingdoms of life. However, lncRNAs and their regulatory roles remain poorly characterized in plants, especially in woody plants. In this paper, we used a computational approach to identify novel lncRNAs from a published RNA-seq data set and analyzed their sequences and expression patterns. In total, 1133 novel lncRNAs were identified in mulberry, and 106 of these lncRNAs displayed a predominant tissue-specific expression in the five major tissues investigated. Additionally, functional predictions revealed that tissue-specific lncRNAs adjacent to protein-coding genes might play important regulatory roles in the development of floral organ and root in mulberry. The pipeline used in this study would be useful for the identification of lncRNAs obtained from other deep sequencing data. Furthermore, the predicted lncRNAs would be beneficial towards an understanding of the variations in gene expression in plants. View Full-Text
Keywords: lncRNAs; Morus notabilis; RNA-seq lncRNAs; Morus notabilis; RNA-seq
►▼ Show Figures 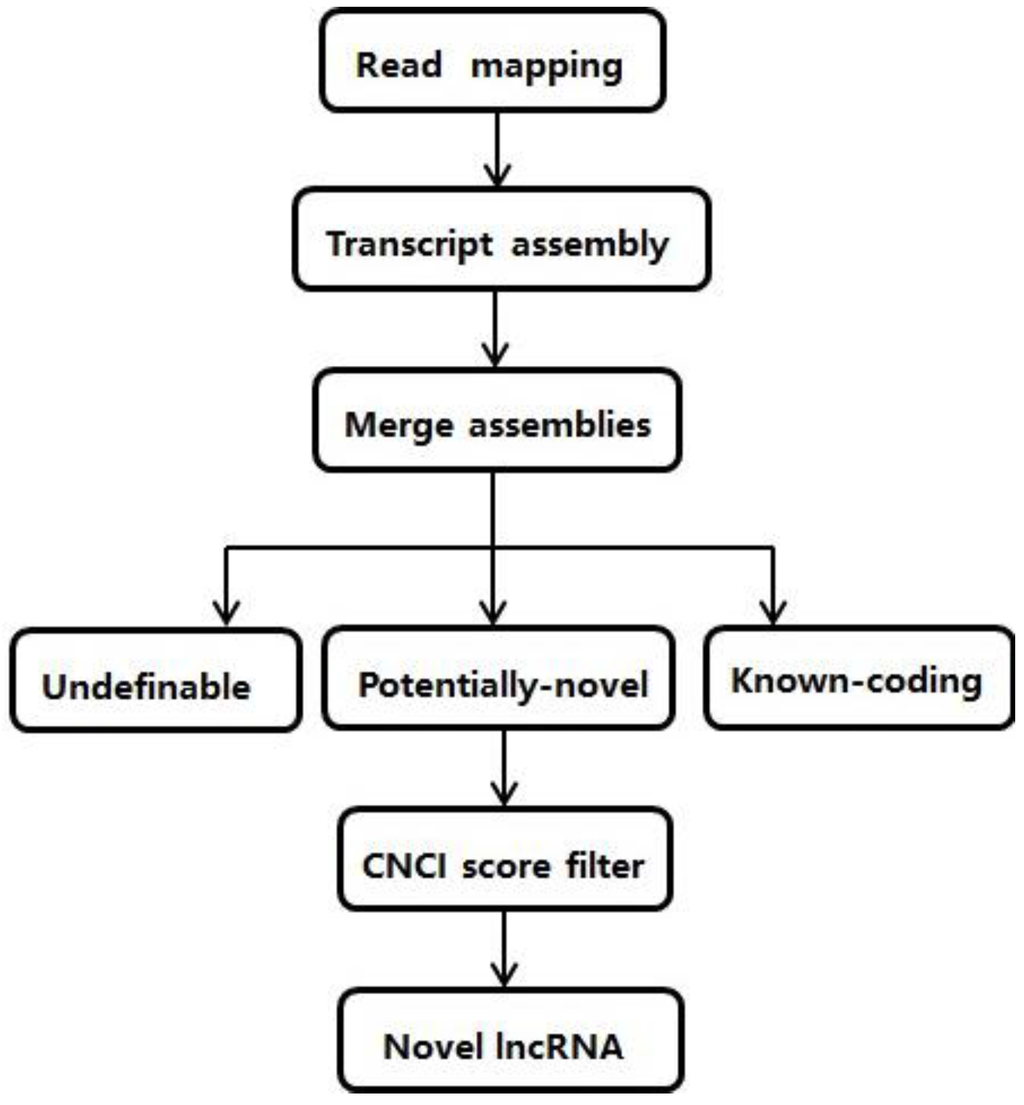