Retinoic acid receptor-related orphan receptor alpha (RORA) plays a key role in the regulation of lipid and glucose metabolism and insulin expression that are implicated in the development of type 2 diabetes mellitus (T2DM). However, the effects of genetic variants in the RORA gene on the susceptibility to T2DM remain unknown. Nine tagging single-nucleotide polymorphisms (SNPs) were screened by using the SNaPshot method in 427 patients with T2DM and 408 normal controls. Association between genotypes and haplotypes derived from these SNPs with T2DM was analyzed using different genetic models. Allele and genotype frequencies at rs10851685 were significantly different between T2DM patients and control subjects (allele: p = 0.009, Odds ratios (OR) = 1.36 [95% Confidence intervals (CI) = 1.08–1.72]; genotype: p = 0.029). The minor allele T, at rs10851685, was potentially associated with an increased risk of T2DM in the dominant model, displaying OR of 1.38 (95% CI: 1.04–1.82, p = 0.025) in subjects with genotypes TA+TT vs. AA. In haplotype analysis, we observed that haplotypes GGTGTAACT, GGTGTAACC, and GATATAACT were significantly associated with increased risk of T2DM, while haplotypes GATGAAGTT, AGTGAAGTT, and AATGAAATT were protective against T2DM. These data suggest that the genetic variation in RORA might determine a Chinese Han individual’s susceptibility to T2DM. View Full-Text
Keywords: RORA; type 2 diabetes; gene variation; association; haplotype RORA; type 2 diabetes; gene variation; association; haplotype
►▼ Show Figures 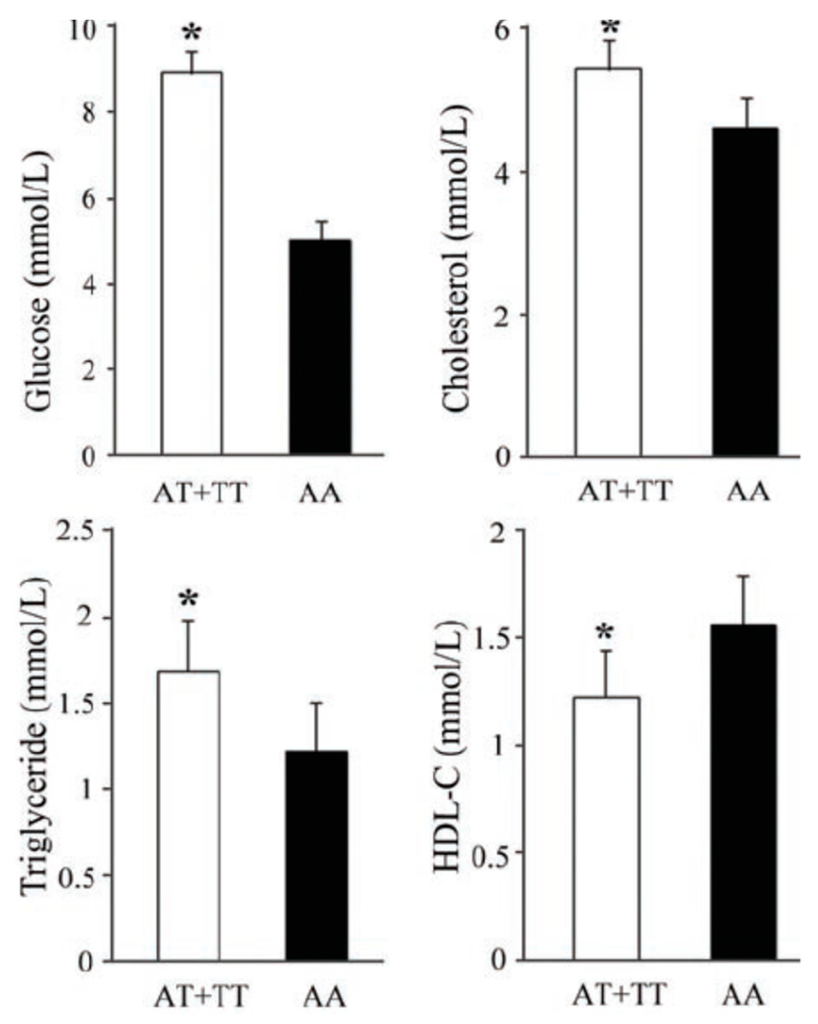