Resistance gene analogs (RGAs) were searched bioinformatically in the sugar beet (Beta vulgaris L.) genome as potential candidates for improving resistance against different diseases. In the present study, Ion Torrent sequencing technology was used to identify mutations in 21 RGAs. The DNA samples of ninety-six individuals from six sea beets (Beta vulgaris L. subsp. maritima) and six sugar beet pollinators (eight individuals each) were used for the discovery of single-nucleotide polymorphisms (SNPs). Target amplicons of about 200 bp in length were designed with the Ion AmpliSeq Designer system in order to cover the DNA sequences of the RGAs. The number of SNPs ranged from 0 in four individuals to 278 in the pollinator R740 (which is resistant to rhizomania infection). Among different groups of beets, cytoplasmic male sterile lines had the highest number of SNPs (132) whereas the lowest number of SNPs belonged to O-types (95). The principal coordinates analysis (PCoA) showed that the polymorphisms inside the gene Bv8_184910_pkon (including the CCCTCC sequence) can effectively differentiate wild from cultivated beets, pointing at a possible mutation associated to rhizomania resistance that originated directly from cultivated beets. This is unlike other resistance sources that are introgressed from wild beets. This gene belongs to the receptor-like kinase (RLK) class of RGAs, and is associated to a hypothetical protein. In conclusion, this first report of using Ion Torrent sequencing technology in beet germplasm suggests that the identified sequence CCCTCC can be used in marker-assisted programs to differentiate wild from domestic beets and to identify other unknown disease resistance genes in beet. View Full-Text
Keywords: AmpliSeq; Ion Torrent sequencing; mutation discovery; single nucleotide polymorphism; sugar beet; disease resistance; rhizomania and nematodes; gene Bv8_184910_pkon AmpliSeq; Ion Torrent sequencing; mutation discovery; single nucleotide polymorphism; sugar beet; disease resistance; rhizomania and nematodes; gene Bv8_184910_pkon
►▼ Show Figures 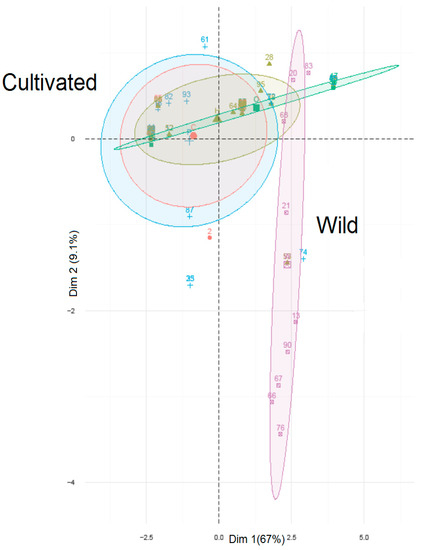