An Exploration of Leadership in Post-Primary Schools: The Emergence of Toxic Leadership
Next Article in Special Issue

Community and Communitarianism in Toni Morrison: Restoring the Self and Relating with the Other
Previous Article in Journal

The Neoliberal University in Ireland: Institutional Bullying by Another Name?
Previous Article in Special Issue

The Applicability of eLearning in Community-Based Rehabilitation

Is the Right to Housing Being Realized in Canada? Learning from the Experiences of Tenants in Affordable Housing Units in a Large Canadian City

Housing is widely recognized as a necessity for health and wellbeing [1]. Housing is a significant determinant of health and a lack of housing has been associated with physical and mental health issues, high mortality rates, substance use disorders, limited access to primary healthcare, increased hospital visits, cycles of family poverty, and income insecurity [2,3,4,5]. Furthermore, the United Nations recognizes housing as a basic human right. Historically, Canada has failed to recognize its international human rights commitment to the right to safe and affordable housing, especially in relation to marginalized and vulnerable populations [6]. Recently, the Government of Canada has taken steps to progressively realize that housing rights are human rights through the establishment of the National Housing Strategy (NHS) which is governed by the National Housing Strategy Act (S.C. 2019, c. 29, s. 313). The NHS is a 10-year, CAD 40 billion plan focused on providing more than just a roof overhead by prioritizing investments in people, communities, and partnerships [7]. In 2018, the Government of Canada launched a national consultation to add a “human rights-based approach” to the original NHS. The NHS human rights-based approach to housing is grounded in principles of accountability, participation, non-discrimination, and inclusion. Furthermore, the NHS human rights-based approach to housing includes the creation of an independent federal housing advocate within Canada’s Human Rights Commission, a national housing council, community-based tenant initiatives, and a public engagement campaign. The purpose of these initiatives is to ensure people who have experienced homelessness and housing insecurity, along with allies or front-line workers in the field of housing programs or policies, are included in the NHS strategy [8]. As described in the national consultation, the absence of peoples lived experiences in the implementation of this strategy will ensure a failure to uphold a housing policy based on human rights [9]. In addition to providing the bricks and mortar, according to the National Housing Strategy Act, AF should protect “the inherent dignity and wellbeing of the person and to building sustainable and inclusive communities” (S.C. 2019, c. 29, s. 313).
The political and funding landscape for affordable housing in Canada has changed rapidly. Before the 1990s, the Canadian federal government maintained administrative and financial responsibility for housing in Canada. In the 1990s, there was an ideological and policy shift that prioritized efficiency in government spending and reducing deficits resulting in a disentanglement from many social programs including affordable housing [10]. Additionally, there was a lack of provincial will for public spending due to budgetary constraints [11]. Housing policy became increasingly uncoordinated, with provinces and municipalities creating their own policies in partnership with the private and community sectors [12]. As Pomeroy [13] indicates, these policies were not designed to be holistic or sustainable and resulted in subsidy dependency and suboptimal rent structures, uneven fiscal burden, a lack of a coordinated system, a disconnect between social service and business, and fragmented regulatory and governance frameworks. These shifts occurred simultaneously with a growing demand for affordable housing and increasing complexity in the health and social needs of those who required access to affordable housing options [14].
Throughout this paper we refer to social housing as affordable housing because social housing programs are included in the broader definition of housing affordability. Housing is considered affordable if it costs less than 30% of a household’s pre-tax income [15]. Affordable housing is a broad term that can include housing provided by the private, public, and non-profit sectors. Furthermore, affordable housing may refer to housing on any part of the housing continuum including temporary shelters, transitional housing, supportive housing, subsidized housing, market rental housing, and market homeownership housing [16]. Affordable housing (AH) generally refers to programs where ongoing operating costs are paid by tenants and does not typically serve households with very low incomes [17]. Social housing is a form of affordable housing that is subsidized by the government to meet affordability requirements [15,18]. In Canada, social housing has traditionally been funded by multiple orders of government and a web of complicated agreements among different parties, including the private and not-for-profit sector. For further context, the Housing Services Corporation estimated that social housing totals 6% of Canada’s housing market, compared to rates of 68% of home ownership and 26% of the private sector rental [17]. There is a disproportionate amount of market housing, which may or may not be affordable for different household incomes, in comparison to the lack of housing available to low-income Canadians, including in Calgary.
In 2016, the City of Calgary launched Foundations for Home, a 9-year corporate affordable housing strategy that prioritized the need for affordable housing [19]. The strategy recognized that housing is more than just a roof over one’s head and focused on the importance of providing affordable housing that empowers individuals to achieve their goals, participate in the community, foster physical and mental wellbeing, and support them beyond housing. The 2018 Calgary Housing Needs Assessment [20] reveals almost 3000 people are homeless in Calgary with over 145,000 living in poverty. Furthermore, over 80,000 households struggle to pay for housing with this number expected to exceed 100,000 by 2025. Finally, the need for affordable housing is growing faster than what can be supplied, with key populations including Indigenous peoples, persons with disabilities, lone-parent families, recent immigrants, seniors, singles, and youth. There is still much work to be done in addressing the need for affordable housing for low-income citizens.
There is currently limited evidence regarding specific tenant experiences, perspectives, needs, and trajectories through affordable housing. To address this knowledge gap and more specifically to help develop models of best practice in the design and delivery of affordable housing, this project sought to answer the following research questions: Who are the tenants of Calgary’s Affordable Housing units? What are their health and service needs? What are the barriers and facilitators to moving from affordable housing into market housing? What is the relationship between affordable housing and homelessness?

Questionnaires were administered to tenants living in units operated by two of Calgary’s largest AF developments to help understand lived experiences, trajectories through the housing continuum, and outcomes of affordable housing for families.

In total, 161 individuals participated in this study. Individuals were eligible to participate if they were over 18 years of age, had lived in an affordable housing unit for at least six months, and could respond to the questions in English. Posters were displayed at affordable housing sites and provided to property managers at the affordable housing units. Participants could complete the questionnaires online or in-person. Researchers visited multiple housing sites to provide the opportunity for in-person recruitment, attending community or on-site events. All potential participants were taken through the informed consent process (online or in-person), which informed them that their participation was voluntary and would not affect their service delivery, that their affordable housing provider would not know who had participated in the questionnaires, and that their results would be anonymized. Participants received a CAD 20 gift card to thank them for their time and participation. Ethics approvals were obtained through the University of Calgary Conjoint Health Ethics Review Board.

Questionnaires were designed in collaboration with a Community Advisory Committee (CAC) that included AH service providers, policy-makers, and researchers from housing initiatives in Alberta. The questionnaires included demographic information, housing trajectories, experiences in AH for the individual and their children, plans for their future, and gave participants an opportunity to provide feedback on their overall AF experience. This study was part of a collaborative community-based research partnership between the City of Calgary, Alberta Health Services (the provincial healthcare provider), and the University of Calgary, aimed at promoting health for Calgarians.

Our study provides important evidence to support the need for housing policy change in Calgary, Canada and the need to redesign the AH system to better support the health, wellbeing and human rights of tenants. Utilizing tenants’ perspectives and experiences, we are one of the first studies in Canada to examine this important issue, especially from the perspective of the tenants themselves. Tenants are not receiving adequate supports once they are housed in affordable housing and we must find ways to build capacity to support them. Housing providers and policy-makers need to be engaging with the NHS while also developing an evaluative strength-based framework to support people to improved health and wellbeing outcomes. Using this study as a starting point, future policy change or research should seek to implement and evaluate initiatives or housing models that prioritize an increase in overall wellbeing that tenants experience while living in affordable housing. Housing is more than a basic need, it is a human right. The lack of decent, safe, affordable, and integrated affordable housing is a significant barrier to participation in community life.

This research was funded by MakeCalgary Initiative.

This study was approved by the University of Calgary Conjoint Health Research Ethics Board REB 17-0816.

Data is accessible through the corresponding author assuming eth-ical approvals have been obtained.

The authors wish to thank our funders and our Advisory Committee members who made this study possible. We would also like to thank to the participants in our study who shared their experiences. 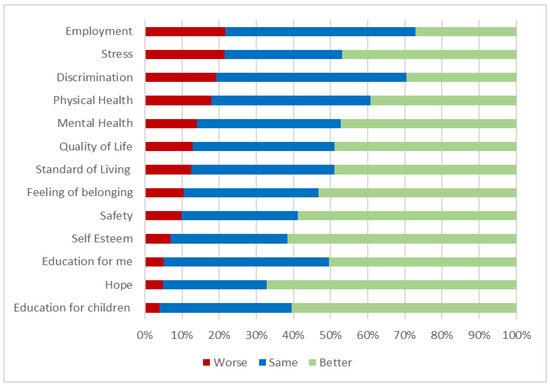 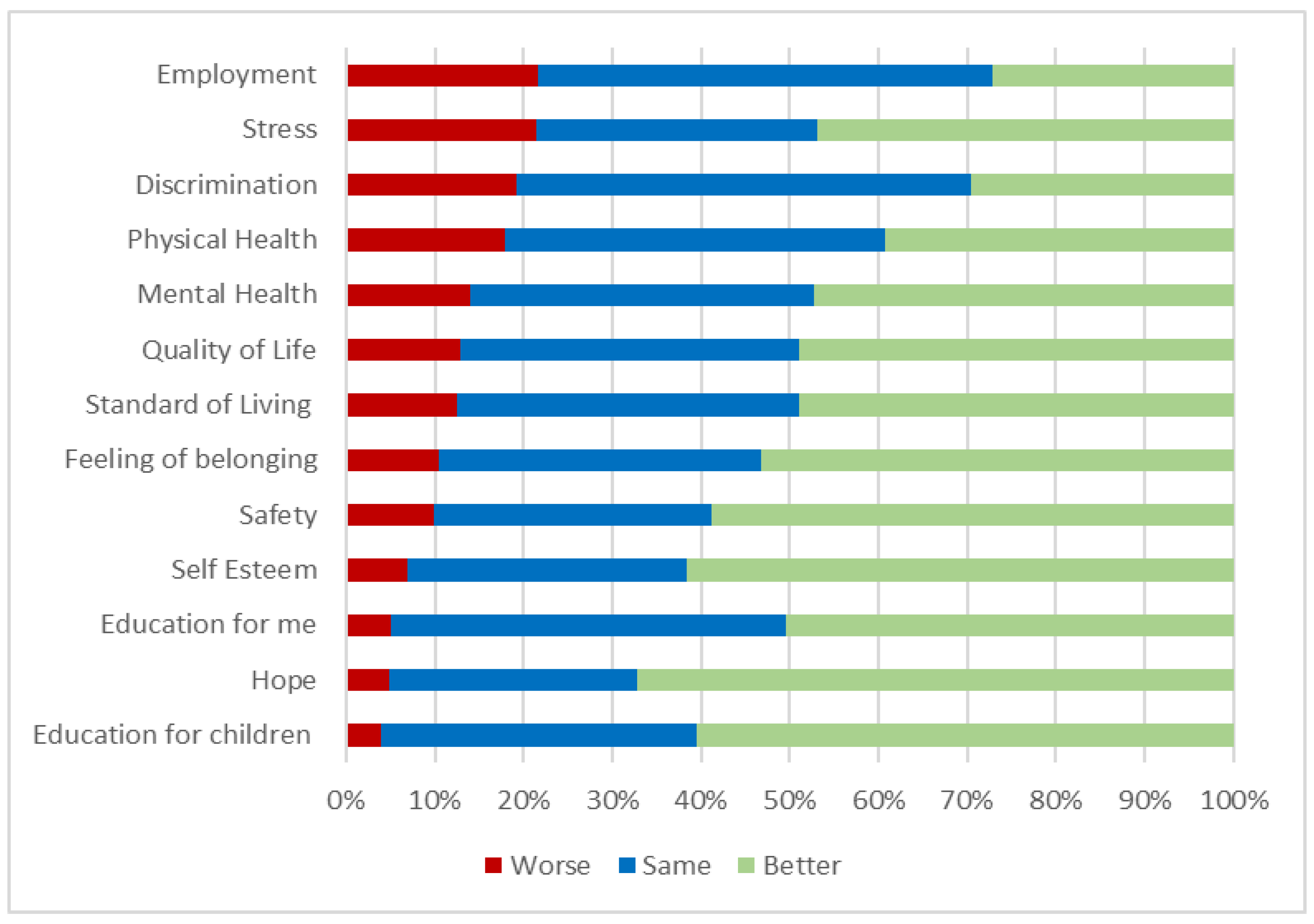 Table 1. Demographic characteristics of study participants.
Table 1. Demographic characteristics of study participants.
© 2021 by the authors. Licensee MDPI, Basel, Switzerland. This article is an open access article distributed under the terms and conditions of the Creative Commons Attribution (CC BY) license (https://creativecommons.org/licenses/by/4.0/).
We use cookies on our website to ensure you get the best experience. Read more about our cookies here.
Accept
We have just recently launched a new version of our website. Help us to further improve by taking part in this short 5 minute survey here. here.
Never show this again