This study revealed for the first time the dynamic changes of the bacterial community during the fermentation of traditional Chinese fish sauce (TCFS) using high-throughput sequencing. In the early phase of TCFS fermentation, Shewanella (approximately 90%) within Proteobacteria was the dominant bacteria. Then, Halanaerobium (3%–86%) within Firmicutes rapidly replaced Shewanella as the dominant genus until the 12th month. Lactococcus (3.31%) and Bacillus (45.56%) belonging to Firmicutes were detected abundantly in the 3rd and 9th months after fermentation, respectively. In the late phase (12–15 months), Tetragenococcus within Firmicutes replaced Halanaerobium as the most dominant bacteria (29.54%). Many other genera including Pseudomonas, Psychrobacter, Tissierella, Carnobacterium and Gallicola were abundantly present in the 15th month after fermentation. Furthermore, the relationships between the bacterial community and major functional substances of TCFS, including amino nitrogen (AAN), free amino acids (FAAs), total soluble nitrogen (TSN), and trimethylamine (TMA), were investigated by partial least squares regression (PLSR). Tetragenococcus was positively correlated with the formation of TMA, while Halanaerobium showed the opposite result, suggesting that Tetragenococcus might be a good starter for TCFS fermentation. These results contribute to our knowledge about bacterial participation in the process of TCFS fermentation and will help improve the quality of fermented seafood. View Full-Text
Keywords: fish sauce; bacterial community; Halanaerobium; Tetragenococcus fish sauce; bacterial community; Halanaerobium; Tetragenococcus
►▼ Show Figures 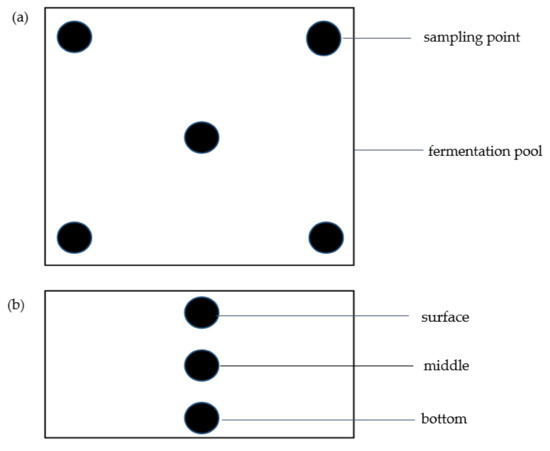