Human Cell Culture, a Pertinent In Vitro Model to Evaluate the Toxicity of Landfill Leachate/Sewage Sludge. A Review

Both landfill leachate and sewage sludge are complex mixtures of many potentially toxic substances in unknown and unpredictable amounts and concentrations. Both types of matrices can pose a risk to human health and the functioning of ecosystems if released into the environment. Therefore, constant monitoring of the toxicity of these mixtures is necessary. However, traditional methods of analysis of sewage sludge/landfill leachate are mainly based on physicochemical studies that do not fully reflect the effects of these mixtures on living organisms. For this purpose, research based on biological models, including mammalian, mainly human, cells is recommended and increasingly implemented. A variety of cytotoxicity tests, based on various metabolic transformations in living cells, are a very useful tool in landfill leachate/sewage sludge toxicology studies. This paper reviews the methods used in the study of the cytotoxicity of environmental matrices and the cell lines used in these studies as biological models.
Keywords: cytotoxicity; human/mammalian cell lines; landfill leachate; sewage sludge; in vitro models cytotoxicity; human/mammalian cell lines; landfill leachate; sewage sludge; in vitro models

3. The Use of Selected Human Cell Lines in Studies of the Basal Toxicity, Genotoxicity, Cytotoxicity and an Estrogenic Potential of LL and SS

In vitro cytotoxicity methods are among the preferred methods, especially when compared to in vivo methods. This is related to the possibility of avoiding many complex and problematic logistic procedures, reducing costs, shortening the duration of the research and bypassing the ethical issues inherent in animal testing.
The ability to quickly detect the potentially cytotoxic, genotoxic and estrogenic properties of chemicals and their mixtures, such as LL or SS, by in vitro testing is excellent. In vitro tests are an effective screening tool suitable for a large number of samples. In addition, in vitro tests can be used to analyze environmental samples for specific mechanisms of action, which may indicate the presence of compounds with a specific mode of action in the cell in the mixture. However, extrapolating the results of in vitro tests to whole organisms and even ecosystems has many unknowns because in vitro tests are not intended for modeling or assessing the systemic effects of a given substance. They are useful for determining biological activity, interaction potentials and mechanisms of action but do not take into account metabolic processes in organisms and interactions at the tissue level [1,33,56,57]. Frazier (1993) developed a description of the in vitro model consisting of three basic components: the biological model, the effect and the protocol. The biological model is a system in which the effects of a potentially toxic substance are tested. The second component is the effect of the substance or its mixture in a biological system after exposure to a cell model. The third component is the protocol as a set of experimental conditions (temperature, time, reagents and equipment) necessary to repeatedly measure the effects in the model [24,58].
A possible route of exposure of humans to LL/SS could be accidental ingestion of contaminated water. In this case, the best choice for studying the potential toxicity of LL/SS towards humans is using gastrointestinal tract cell lines, such as DLD-1, Caco-2 or HepG2. The key organ that is primarily exposed to the influence of various environmental pollutants is the liver, which plays a detoxifying role in the body. It is exposed to the components of the LL after it has been accidentally swallowed, for example, from LL contaminated water. Accidental ingestion is listed as the main route of exposure to contaminated environmental matrices by the USEPA risk assessment guidelines. The most common human liver cell line is HepG2. It is a well-known biological model of the liver that maintains the morphological features of parenchymal liver cells and has active xenobiotic-metabolizing enzymes involved in their detoxification. It is one of the most widely used lines in drug metabolism and toxicology studies. They have been used in the cytotoxicity analysis of environmental matrices since 2011, and until 2019, they were one of the most frequently used lines [59,60,61].
The next possibility of human exposure to LL/SS is breast tissue, which could be affected by LL/SS components after ingestion, making the circulatory system an important potential way of delivering toxic substances to the whole organism. Due to the presence of many substances from the group of endocrine-active compounds in SS and LL, human cell lines representing various types of breast cancer are used as biological research models [54,62]. These include, among others, cell lines such as MCF-7, MDA-MB-231, ZR-75-1, MVLN, T47D, MELN and MELP. They represent both estrogen-dependent and estrogen-independent types of breast tumors [55,63,64,65]. One of the most frequently used methods is above mentioned E-Screen test, in which the proliferation activity of cells of a selected breast cancer line is compared under the influence of tested LL/SS samples, and then it is compared with the proliferation activity of cells of the same line exposed to 17-β-estradiol. The MCF-7 line is the breast cancer line most commonly used in this type of toxicological research [66].
Other models of human cells are also used to study the cytotoxicity of complex environmental matrices, especially those to which skin is exposed. These include skin-derived cell lines such as fibroblasts (NHDF) and keratinocytes (HaCaT). The skin is a very important organ through which soil microparticles contaminated with leachate can be absorbed by, for example, accidental exposure to an uncontrolled landfill. Human exposure may also occur through recreational activities, ingestion of contaminated water or aquatic biological resources. Therefore, it seems necessary to analyze the potential toxicity of the LL/SS to skin cells. It also seems important to check whether the analyzed matrices have a carcinogenic effect, promoting the growth and development of skin cancer cells. Then, the melanoma cell line, e.g., A-375, seems to be a suitable research model [23,53,67,68].
As it was mentioned before, the circulatory system could be also an important potential target for humans after accidental ingestion of contaminated water. Peripheral blood cell lines are a large group of cell lines used in the study of the cytotoxicity of environmental matrices. These include lymphocytes isolated from patients’ whole blood. They are exposed to contaminants from environmental matrices also as a result of accidental ingestion and are considered cells to show early signs associated with adverse health effects after exposure to the contaminants [69,70].
Other cell lines very commonly used in LL and SS cytotoxicity studies are the human HOS osteosarcoma line, Jurkat lymphoma cells, CHO line, LN229 glioblastoma and mouse fibroblast line NIH/3T3 [71,72,73,74].
In Table 1, different human cell lines and tests are compiled with obtained results.

Both landfill leachate and sewage sludge are complex environmental matrices with potentially high toxicity. They can pose a threat to the environment, human life and health because they can penetrate into groundwater and soil, contaminating them, even at large distances from direct storage sites. This is especially true of illegal, uncontrolled landfills, which are usually not provided with adequate systems for treating and discharging hazardous leachate. The most widely used methods for testing the toxicity of such mixtures are based on chemical analyzes and biological models using microorganisms such as bacteria, algae, small invertebrates, fish and plants. However, only the models of mammalian, and especially human cell lines, are able to partially reflect the effects of toxins on the human body. In all cited studies, the leachate was cytotoxic, genotoxic, carcinogenic, mutagenic and estrogenic. Research conducted on human cell models is very useful in analyzing especially cancerogenic and/or estrogenic potential of complex environmental matrices such as LL/SS, but it should be underlined that they also have some limitations. The obtained results cannot be directly extrapolated to whole organisms because using single-cell lines does not allow studying the relationships and metabolic changes that occur in tissues and entire organisms. However, the use of several different biological tests in conjunction with chemical analyses and the study of the physical properties of the leachate/wastewater will allow for the development of an integrated strategy for the toxicological analyzes of complex environmental matrices.

This work was financially supported by the Ministry of Science and Higher Education, Poland, under the research project number WZ/WBiIŚ/3/2019. 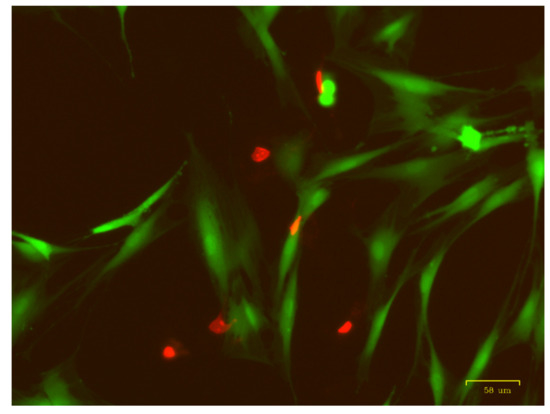 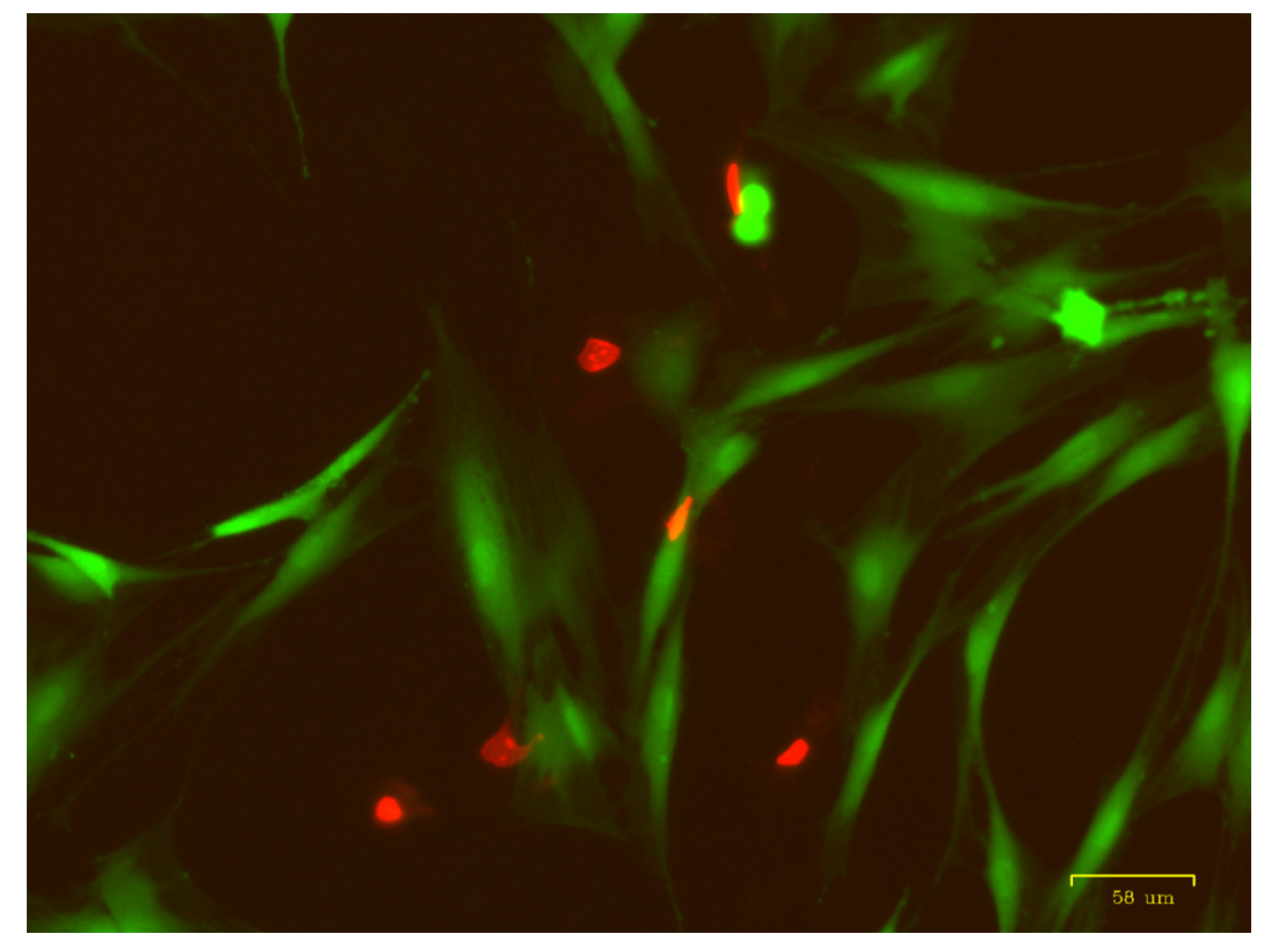 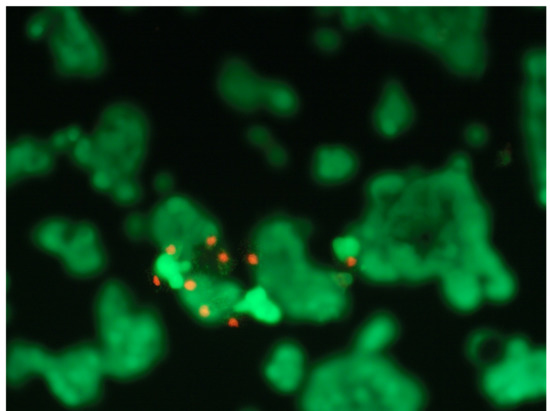 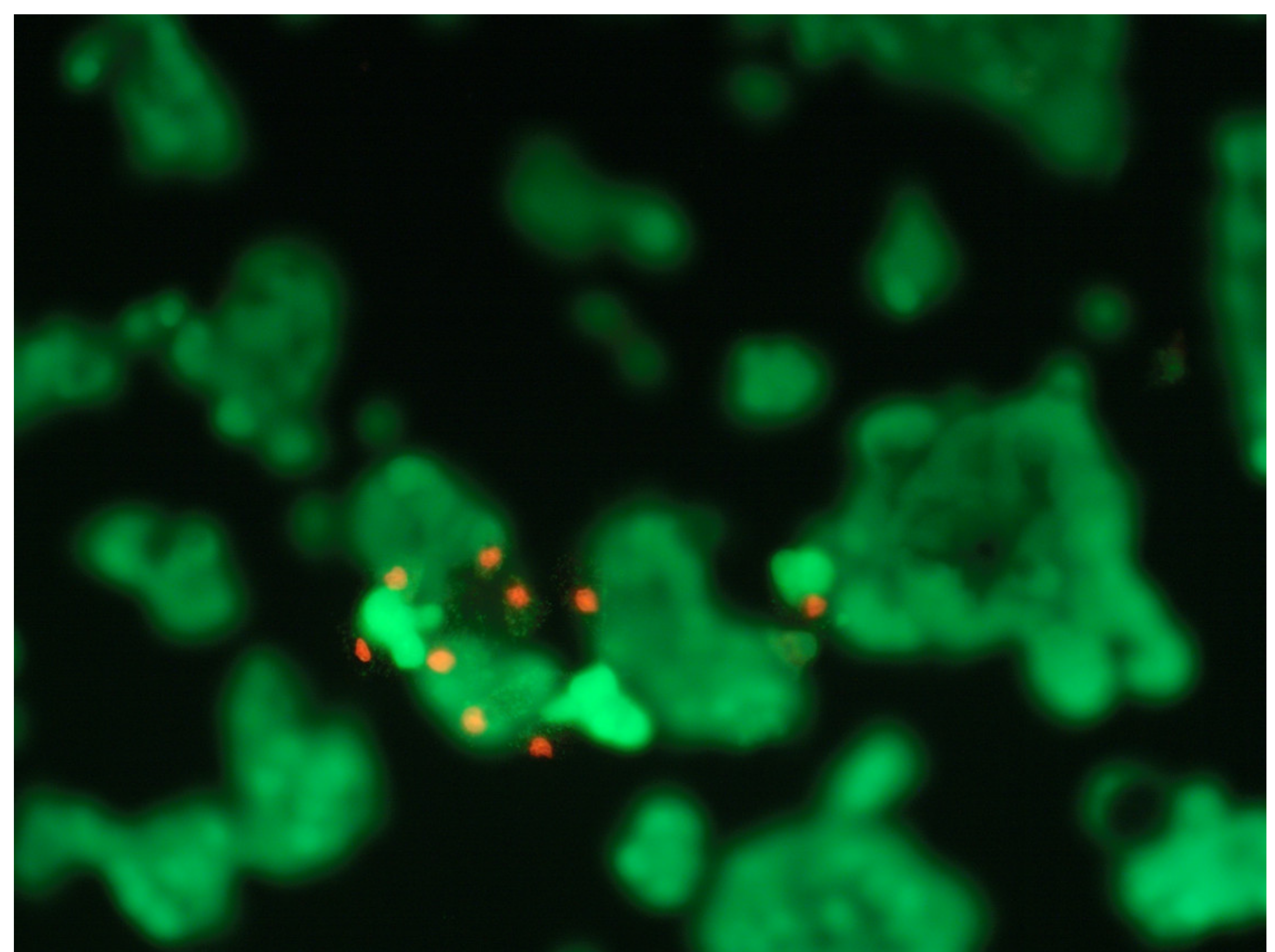 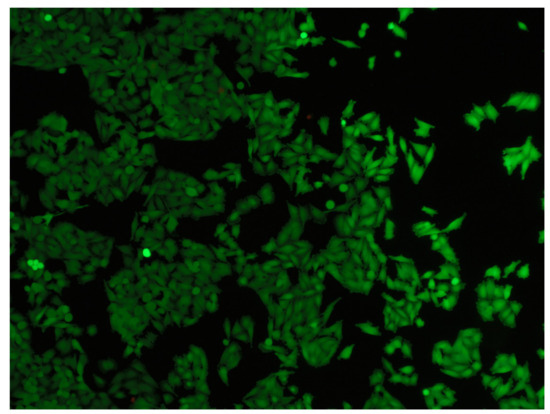 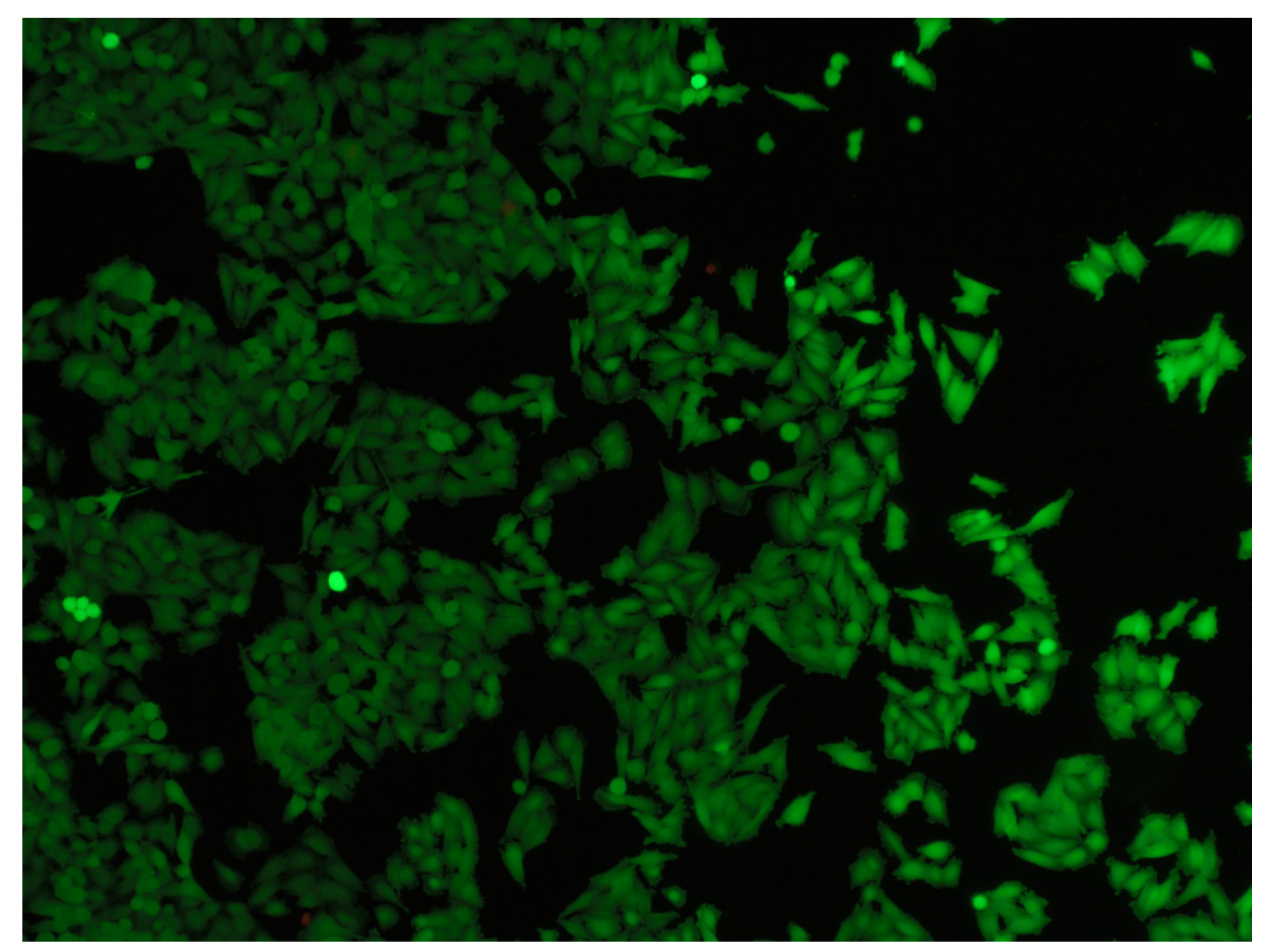