High-solid and solid-state anaerobic digestion are technologies capable of achieving high reactor productivity. The high organic load admissible for this type of configuration makes these technologies an ideal ally in the conversion of waste into bioenergy. However, there are still several factors associated with these technologies that result in low performance. The economic model based on a linear approach is unsustainable, and changes leading to the development of a low-carbon model with a high degree of circularity are necessary. Digestion technology may represent a key driver leading these changes but it is undeniable that the profitability of these plants needs to be increased. In the present review, the digestion process under high-solid-content configurations is analyzed and the different strategies for increasing reactor productivity that have been studied in recent years are described. Percolating reactor configurations and the use of low-cost adsorbents, nanoparticles and micro-aeration seem the most suitable approaches to increase volumetric production and reduce initial capital investment costs.
Keywords: solid-phase; commercial technologies; biogas enhancement; conductive materials; nanoparticles solid-phase; commercial technologies; biogas enhancement; conductive materials; nanoparticles

Solid-state fermentation is another way of operating digestion technology. TS values are higher than those used in HS-AD and seem more suitable for treating agricultural residues and food wastes, due to the lower water demand. Agricultural wastes have an intrinsic capacity to act as a structuring agent during fermentation because of their high content of lignocellulosic material. Many agricultural residues are untreated or underutilized, creating climate change problems associated with the emission of greenhouse gases (GHG) during the uncontrolled degradation of this type of waste [38]. Solid-state fermentation has been successfully studied for producing enzymes, biosurfactants, proteins, and biofuels [39,40] and a great variety of valuable products [41,42,43,44]. Anaerobic digestion has also been evaluated under this configuration and the co-digestion of different residues, such as manure, food wastes, and agricultural wastes, has also been studied under SS-AD conditions [45,46,47].

4. The Effect of Adsorbents and Materials in Accelerating Anaerobic Degradation

Agricultural residues with a high lignocellulosic content and a low moisture content may represent an excellent potential energy resource [82] to produce biogas as a valuable fuel if the proper conversion can be attained at a reasonable cost under a solid-state configuration. In addition, co-digestion with manures may take advantage of the synergistic effects reported by several authors [83,84,85,86], particularly when the solid content of the system is increased. However, some difficulties still need to be solved, such as the higher degradation time needed, the high inoculation rate required to start up this process, and the low degradability of lignocellulosic biomass. The presence of lignocellulosic material in agricultural wastes serves as a structuring agent, avoiding compaction, but reduces the methane yield. However, any attempt to increase biodegradability will lead to mass transfer limitations and non-uniform liquid circulation through the bed.
The addition of adsorbents and carbon conductive materials to anaerobic reactors has been evaluated with success to decrease the impact of inhibitory compounds [87,88]. Adding this type of supplement to digestion allows for the enhancement of biogas productivity without greatly affecting the energy demands of the process [89]. The use of biochar derived from the thermal processing of lignocellulosic biomass in digestion systems has awakened interest among the scientific community, given its proven benefits regarding the mitigation of the negative effects of VFA and ammonia [90,91]. Other materials, such as zeolites, activated carbon and various adsorbents (kaolin, silica gel, polyvinyl alcohol, among others) have also provided benefits in biogas production [92,93,94,95] but the costs associated with these initiatives need to be carefully evaluated.
These different strategies may be useful in alleviating some of the difficulties found in solid-phase digestion and HS-AD. Petracchini et al. [96] studied HS-AD of food waste and cow manure using natural zeolite to prevent the effect of inhibitory compounds. These authors reported a biogas yield of 0.680–0.920 L/g VS. Calabrò et al. [97] evaluated the digestion of sewage sludge in the presence of high values of VFAs, analyzing the effect of different supplements, testing granular activated carbon (GAC), aluminum powder, granular iron, and steel scrap powder. Successful results were obtained when adding GAC and aluminum particles. Cuetos et al. [98] also demonstrated the benefits of using GAC when digesting blood obtained from poultry slaughterhouses, reporting that the digestion of this single substrate was not possible unless this material was added as a supplement. Recent research activities carried out by Dastyar et al. [99] evaluated a leachate bed recirculating reactor for solid-phase digestion with the addition of powdered activated carbon. However, the increase in the biomethane yield was just 17%, compared with the control system, which was also digesting the organic fraction of municipal solid wastes. Given the high price of activated carbon, low-cost adsorbents or strategies for increasing the benefits obtained should be considered to allow the industrial implementation of these solutions.
The mechanism of direct interspecies electron transfer (DIET) has been frequently proposed to explain the better performance of anaerobic digestion when carbon conductive materials are supplemented [100,101]. The enhancement is explained by the availability of a faster degradation route for the conversion of VFA [102,103,104], which is possible due to the prevalence of microbial species that become dominant due to the presence of materials that favor electron transport. Guo et al. [105] demonstrated the efficacy of adding GAC or magnetite on propionate degradation. These compounds favor the dominance of a syntrophic consortium by creating a DIET environment.
The addition of nanoparticles to digestion systems has recently demonstrated benefits in biogas production and the reduction of conversion times. The mechanism and effects of nanoparticles in anaerobic digestion have been reviewed by Abdelsalam et al. [106] and Faisal et al. [107]. Nanoparticles cause microbial activity stimulation based on the higher bio-availability of metal components essential for enzymatic reactions, thus enhancing cellular growth. Nanoparticles of iron oxide and zero-valent iron enhance interspecies hydrogen transfer and direct interspecies electron transfer, explaining the excellent results obtained when they are supplemented into digestion systems [108]. Other metals (Cu, Co, Ag, Ni) and metal oxides have also been studied as supplements in anaerobic digestion in the form of nanoparticles [109,110,111,112]. Nanomaterials, in general, may become a useful ally in promoting substrate degradation due to their unique characteristics such as their high surface area, high reactivity, and specificity, and their increased number of active sites [113]. As observed in Table 2, there is a wide variety of reports available in the literature on the benefits associated with the addition of conductive materials and adsorbents.
Casals et al. [132] reported a threefold increase in methane production when supplementing iron nanoparticles (NPs). Abdelwahab et al. [133] studied the digestion of cattle manure and obtained a biogas yield of 0.953 L/g VS when evaluating a concentration of 15 mg/L of (Fe) NPs against a value of 0.589 L/g VS obtained from the control experiments. Not only was the biogas yield enhanced, but the presence of these particles also favored a lower production of H2S, which is of great relevance regarding subsequent biogas up-grading operations. Similarly, Farghali et al. [134] studied the addition of iron oxide (Fe2O3) and titanium dioxide (TiO2) nanoparticles, reporting a twofold increase in biogas yields and a decrease in H2S production. The addition of magnetite NPs was studied by Ali et al. [135] and Zhong et al. [136], with the latter indicating that the presence of these particles was probably responsible for accelerating the transfer of electrons from acid oxidizers to syntrophic methanogenesis, stimulating acid oxidizers to degrade acetate into H2/CO2, and finally to facilitate methane production. These reports open a new line of research completely disrupting the current efficiency of digestion plants, improving performance, and offering a completely radical change in the valorization of biogas. However, other factors—more than just economic criteria and bioenergy production—must also be evaluated when considering organic waste treatment. Sociocultural ideas, environmental impacts associated with this technology, and local knowledge may appear as important constraints [137], necessitating careful assessment to avoid causing a negative perception in local communities.

Anaerobic digestion is a suitable technology for the treatment of organics. There is still a wide range of methods for optimizing the operating conditions and reactor configurations and thus increasing treatment capacity and biogas yield. High-hydrolysis-rate reactors operating under solid phase configurations and/or high-solid digestion systems need to be developed. These reactors should maintain high biogas production rates and avoid inhibitory problems associated with the accumulation of intermediaries.
Novel configurations working under thermophilic conditions, without suffering from the problem of ammonia or VFA build-up, should be developed for anaerobic digestion to be considered a relevant technology for bioenergy production. The valorization of wastes through the various applications of digestates may ensure that anaerobic digestion becomes an environmentally friendly alternative that is capable of increasing the circularity of different production cycles. However, it is also true that simplified reactors and lower investment costs are necessary. Otherwise, digestion may not be able to become a key player in the new circular economy model.
The addition of supplements such as adsorbents, carbon conductive materials, and nanoparticles to anaerobic digestion may enhance reactor performance. However, other effects related to the presence of these components when the digestate is used in land applications should also be evaluated.

The authors wish to acknowledge the provision of support and information regarding plant data availability from Exporinsa. 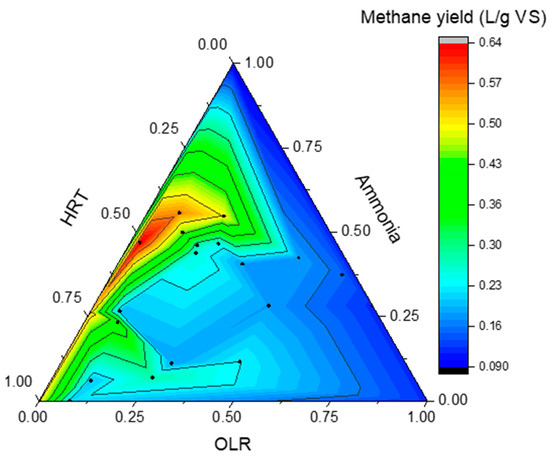 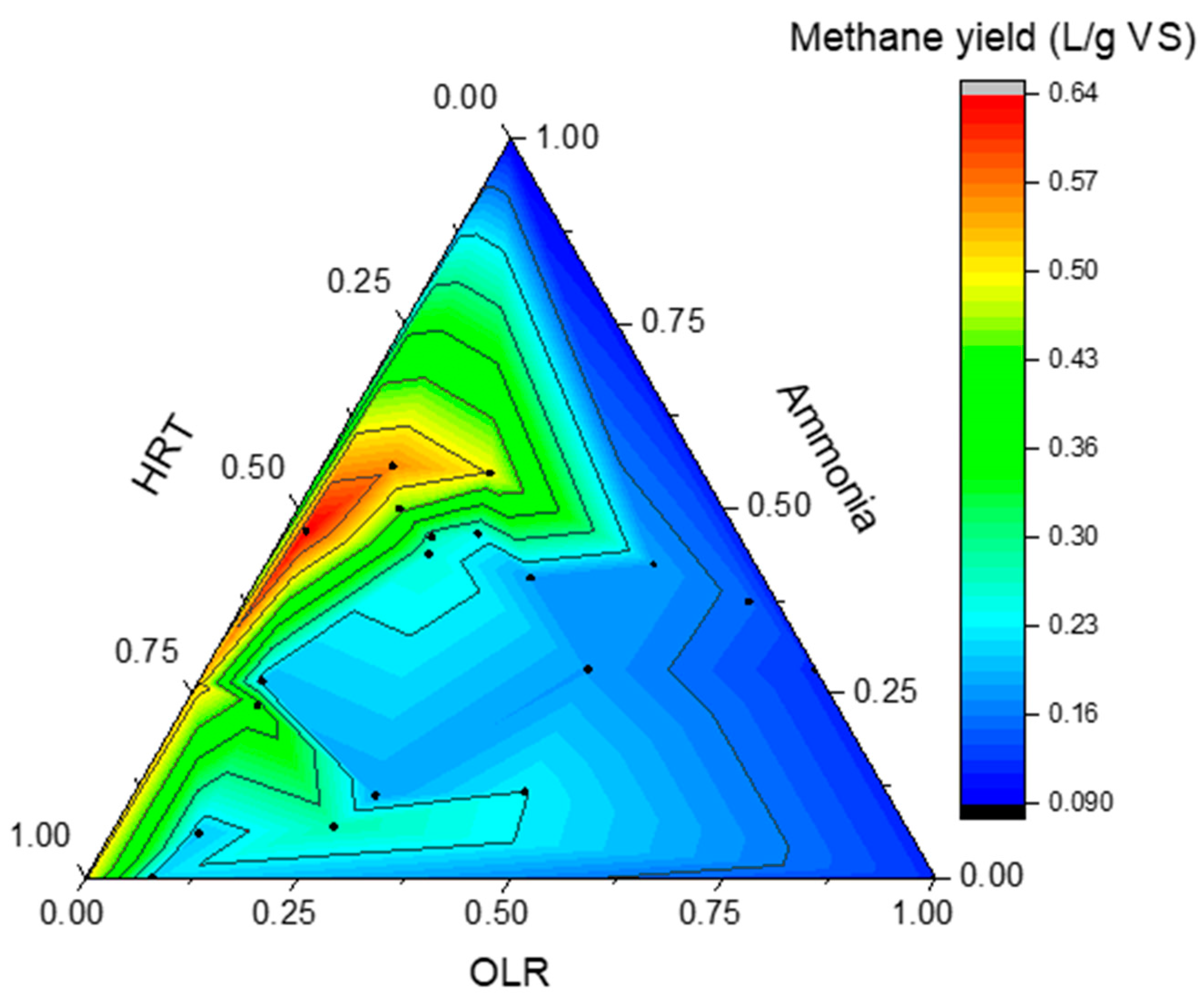 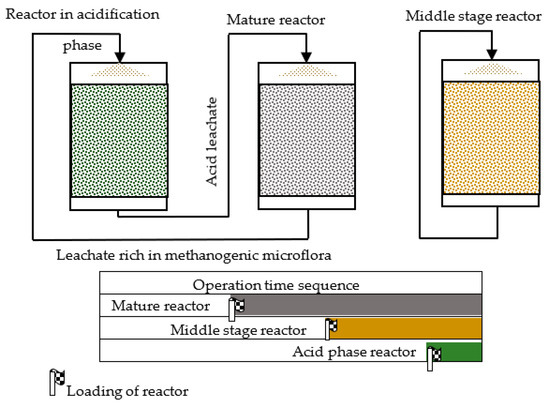 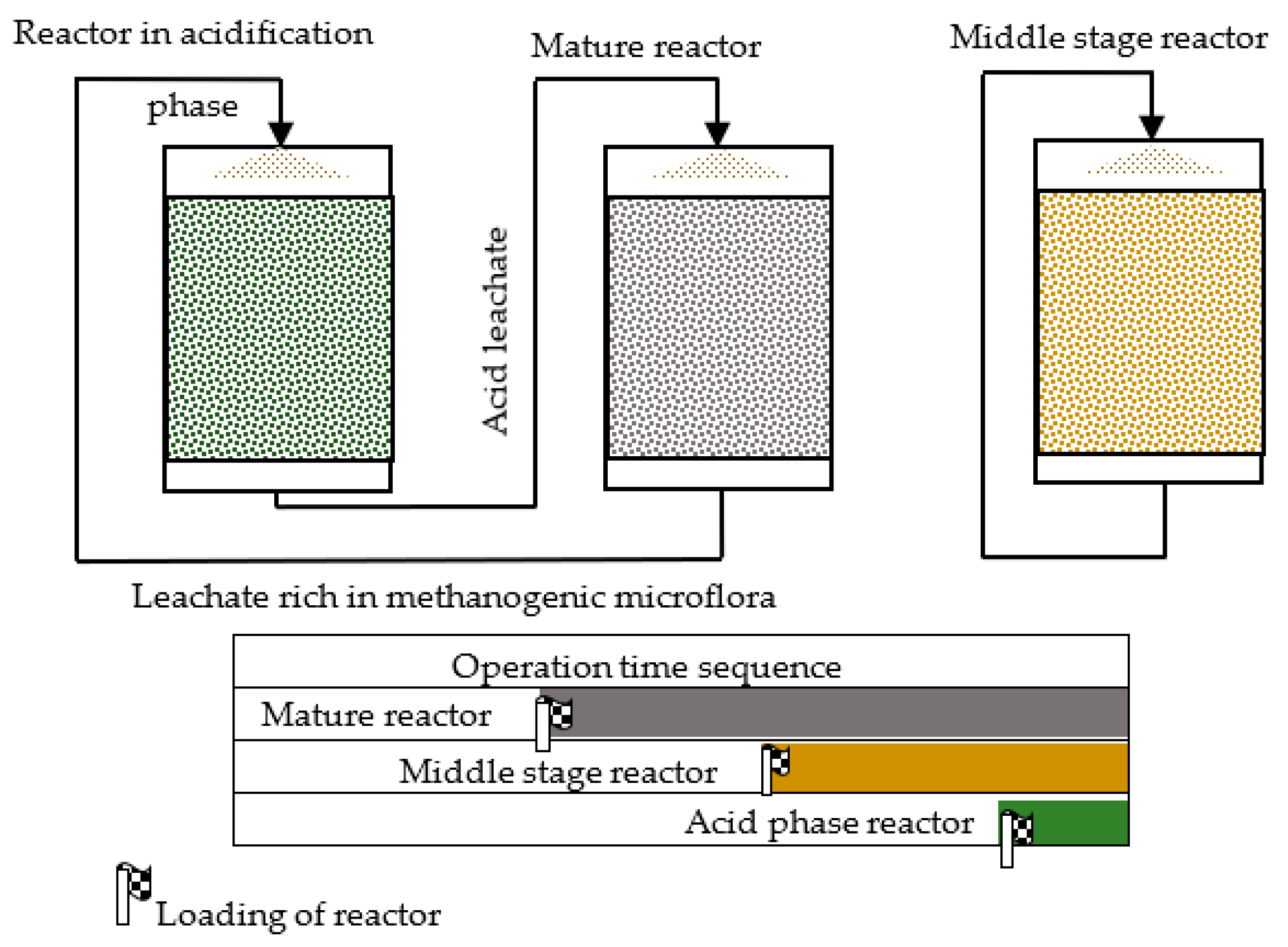 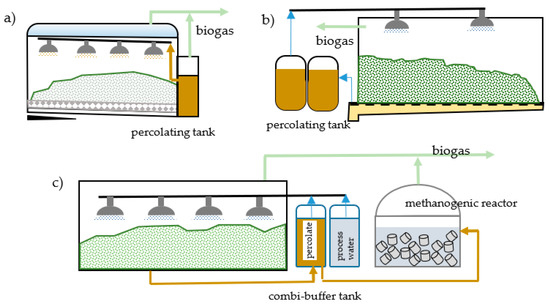 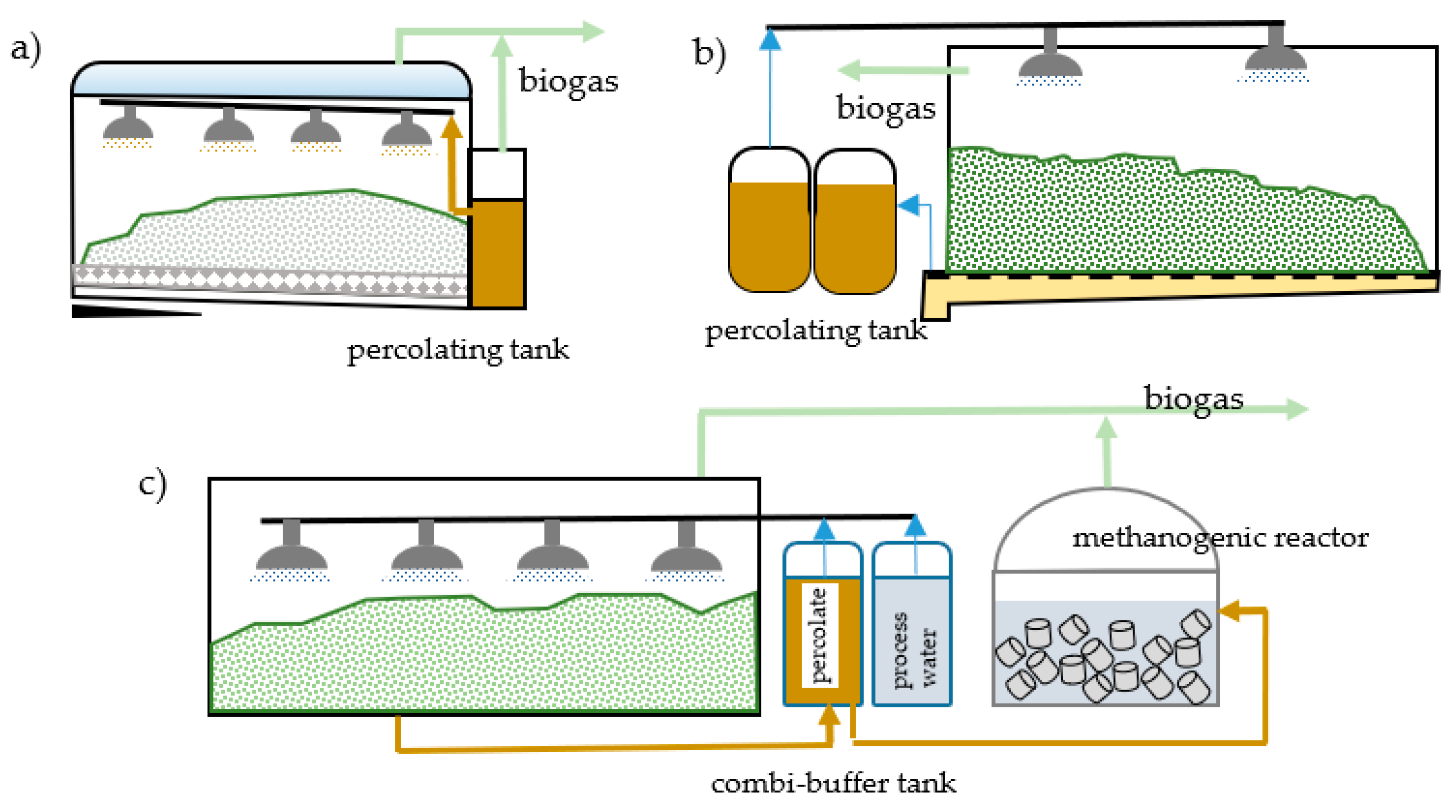