Institutional Change and the Implementation of the Ecosystem Approach: A Case Study of HELCOM and the Baltic Sea Action Plan (BSAP)
Previous Article in Journal

Harmful algal blooms (HABs) in arctic lakes are recent phenomena. In our study, we performed a long-term analysis (1990–2017) of the eutrophication of Lake Imandra, a large subarctic lake, and explored the biodiversity of bloom-forming microorganisms of a 2017 summer HAB. We performed a 16Sr rRNA metabarcoding study of microbial communities, analysed the associations between N, P, C, and chlorophyll concentrations in the lake water, and developed models for the prediction of HABs based on total P concentration. We have demonstrated that blooms in Lake Imandra occur outside of optimal Redfield ratios and have a nonlinear association with P concentrations. We found that recent summer HABs in a lake occur as simultaneous blooms of a diatom Aulacoseira sp. and cyanobacteria Dolichospermum sp. We have studied the temporal dynamics of microbial communities during the bloom and performed an analysis of the publicly available Dolichospermum genomes to outline potential genetic mechanisms beneath simultaneous blooming. We found genetic traits requisite for diatom-diazotroph associations, which may lay beneath the simultaneous blooming of Aulacoseira sp. and Dolichospermum sp. in Lake Imandra. Both groups of organisms have the ability to store nutrients and form a dormant stage. All of these factors will ensure the further development of the HABs in Lake Imandra and the dispersal of these bloom-forming species to neighboring lakes. View Full-Text
Keywords: HABs; 16S rRNA metabarcoding; microbiota analysis; arctic lakes; eutrophication; critical nutrient loads; diatom–diazotroph associations HABs; 16S rRNA metabarcoding; microbiota analysis; arctic lakes; eutrophication; critical nutrient loads; diatom–diazotroph associations
►▼ Show Figures 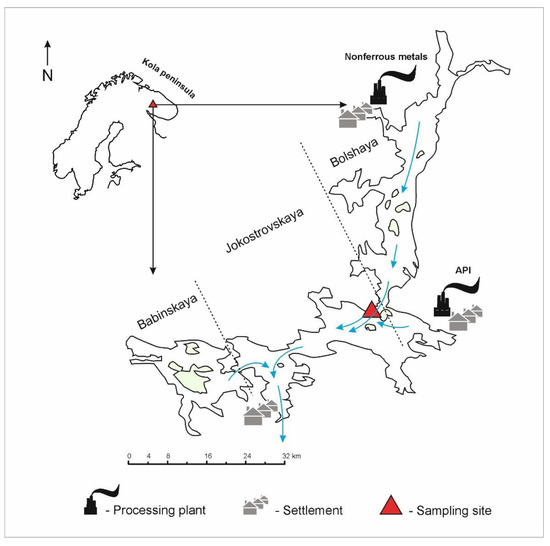