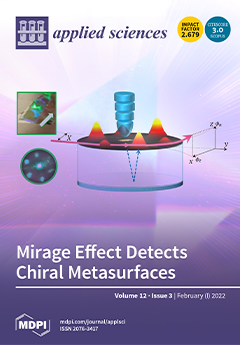 Cover Story (view full-size image): Chirality is present in nature at all scales; at the nanoscale, it governs the biochemical reactions of many molecules, influencing their pharmacology and toxicity. Chiral substances interact with left and right circularly polarized light differently, but this difference is very minor in natural materials. Specially engineered, nanostructured, periodic materials can enhance the chiro-optical effects if the symmetry in their interactions with circular polarization is broken. In the diffraction range of such metasurfaces, the intensity of diffracted orders depends on the chirality of the input beam. The photothermal deflection technique is applied here to measure both thermal and chiro-optical properties of metasurfaces. View this paper
Previous Issue
Volume 12, January-2
Next Issue
Volume 12, February-2
We use cookies on our website to ensure you get the best experience. Read more about our cookies here.
Accept
We have just recently launched a new version of our website. Help us to further improve by taking part in this short 5 minute survey here. here.
Never show this again