Data were obtained from the National Health and Nutrition Examination Survey (NHANES) 1999–2002 because telomere length data were only available for these specific years. All participants aged 20 years and over had blood samples collected for DNA purification. Data on telomere health and diagnosis of depression were available for 1292 adults. Of those, 151 participants with missing information on education, marital status, family income ratio, and body mass index (BMI) were excluded. The final analytic sample for this study was 1141 adults (496 men and 645 women). NHANES is a publicly available dataset that can be downloaded from the NHANES website (http://www.cdc.gov/nchs/nhanes.htm). The NHANES protocols were approved for NHANES 1999–2002 by the National Center for Health Statistics Research ethics review board, written informed consent was obtained for all participants [25], and additional Institutional Review Board approval for the secondary analyses was not required for this study.

C-reactive protein (CRP) is an acute phase response to an infectious disease or other cause of tissue damage and inflammation. CRP level was measured by latex-enhanced nephelometry [26].

In NHANES, three modules (generalized anxiety disorder, major depression, and panic disorder) from the automated version of the World Health Organization Composite International Diagnostic Interview, Version 2.1 (CIDI-Auto 2.1), assessed over the past 12 months, were administered during the face-to-face portion of the Mobile Examination Center (MEC) interview. The CIDI is a fully standardized interview according to the definitions and criteria of the 10th revision of the International Classification of Diseases (ICD) [27] and the fourth edition of the American Psychiatric Association’s Diagnostic and Statistical Manual of Mental Disorders (DSM-IV) [28]. The instrument was administered to a half-sample of participants aged from 20 to 39 years who had received a physical examination.
For the present study, information obtained from the CIDI was then categorized as (1) major depression or depressed affect; or (2) no depression. Major depression was assessed based on the diagnostic criteria of the ICD-10 and DSM-IV. Participants who had periods of feeling sad, depressed, or empty for two weeks or longer but who did not meet the diagnostic criteria for major depression were categorized as having a depressed affect.

All participants aged 20 years and older examined in 1999–2000 or in 2001–2002 who had blood collected for DNA purification were eligible. Blood samples were obtained from participants of the NHANES surveys. A small portion of the blood samples was stored for later analysis of DNA samples. The telomere length assay was performed in the laboratory of Dr. Elizabeth Blackburn at the University of California, San Francisco, using the quantitative polymerase chain reaction (PCR) method to measure telomere length relative to standard reference DNA (T/S ratio), as described in detail elsewhere [29,30].
The conversion from T/S ratio to base pairs was calculated based on a comparison of telomeric restriction fragment (TRF) length from Southern blot analysis and T/S ratios using DNA samples from the human diploid fibroblast cell line IMR90 at different population doublings [31]. 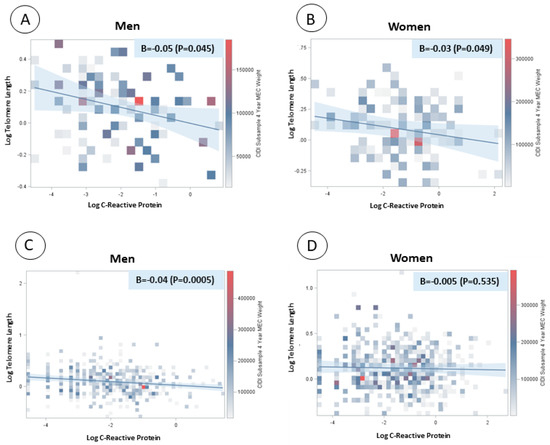 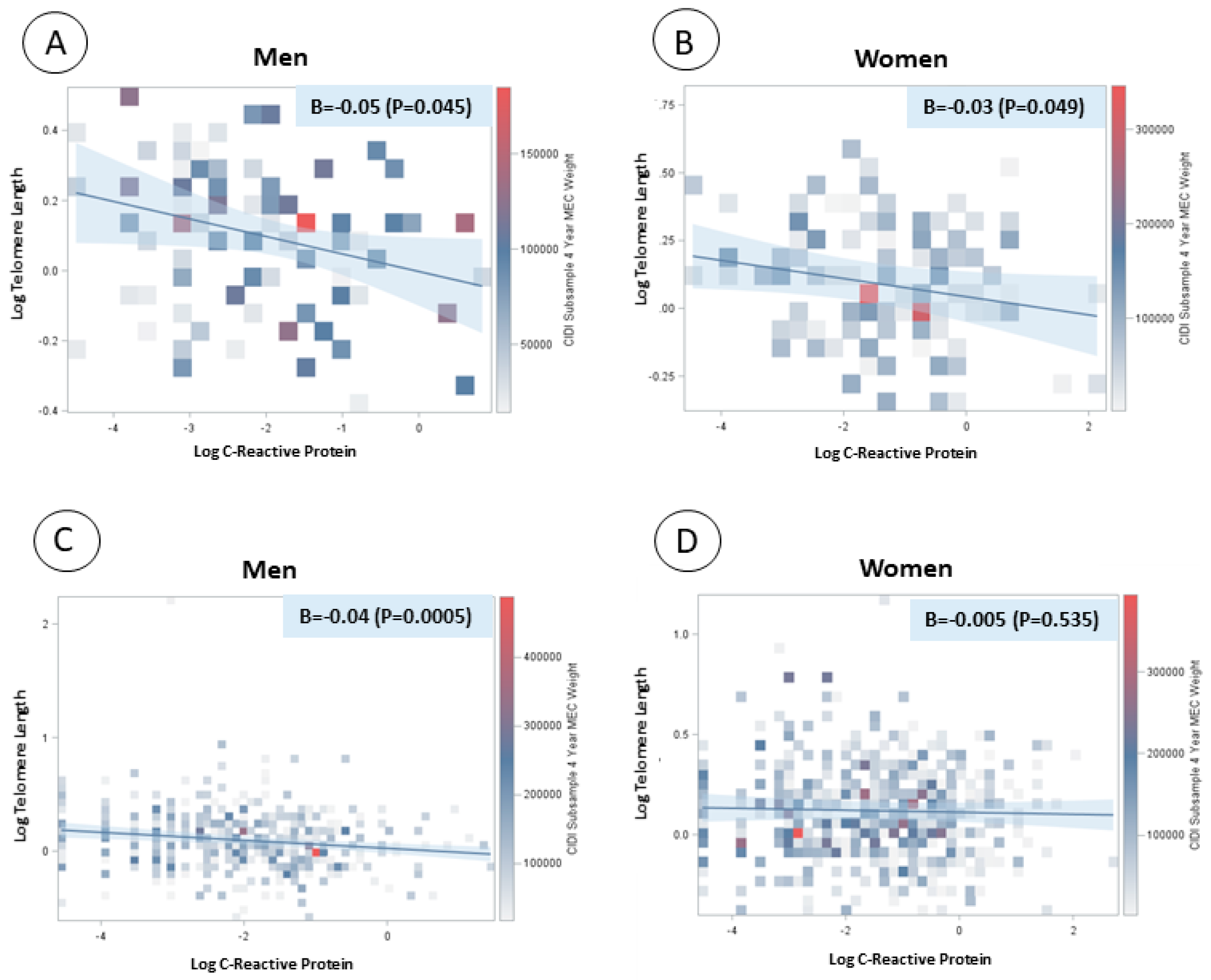