Agricultural production methods in Europe are increasingly subject to public criticism from which many farmers suffer. This applies, among other areas, to the widespread use of pesticides. Autonomous field robots (AFR), as the next stage of agricultural automation, have the potential to farm more intensively and, at the same time, in a more environmentally friendly way. However, a certain skepticism towards autonomous systems is suspected among farmers. Whether farmers adopt a technology depends largely on their uncertainty about the consequences of its use and the resulting attitude on the adoption. In order to quantify the attitude on adopting AFR in Germany and to identify possible group differences within the population, 490 German farmers were surveyed using an online questionnaire, which is based on an extended version of the Unified Theory of Acceptance and Use of Technology (UTAUT). In the subsequent cluster analysis, the statements inquiring the intention to use AFR served as cluster-forming variables. As a result, three groups (“open-minded AFR supporters”, “convinced AFR adopters”, “reserved AFR interested”) could be identified according to their response behavior. Despite existing group differences, an overall attitude in favor of autonomous field robots was observed. The results complement the existing research with a further empirical study and provide interesting starting points for further analysis, field robot manufacturers, and political decision makers. View Full-Text
Keywords: adoption; autonomous; cluster analysis; farmer; Germany; robot; technology adoption; autonomous; cluster analysis; farmer; Germany; robot; technology
►▼ Show Figures 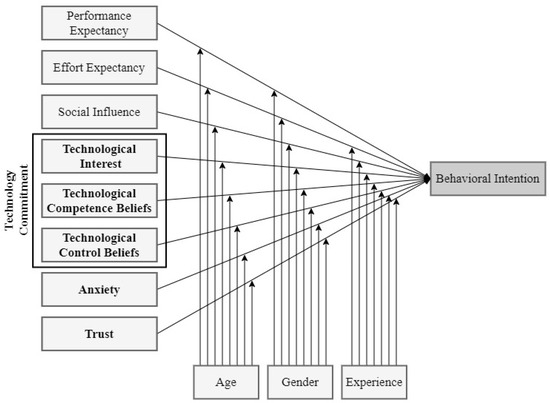