Thermal ablation is a minimally or noninvasive cancer therapy technique that involves fewer complications, shorter hospital stays, and fewer costs. In this paper, a thermal-ablation bioheat model for cancer treatment is numerically investigated, using a porous media-based model. The main objective is to evaluate the effects of a variable blood volume fraction in the tumoral tissue (i.e., the porosity), in order to develop a more realistic model. A modified local thermal nonequilibrium model (LTNE) is implemented including the water content vaporization in the two phases separately and introducing the variable porosity in the domain, described by a quadratic function changing from the core to the rim of the tumoral sphere. The equations are numerically solved employing the finite-element commercial code COMSOL Multiphysics. Results are compared with the results obtained employing two uniform porosity values (ε = 0.07 and ε = 0.23) in terms of coagulation zones at the end of the heating period, maximum temperatures reached in the domain, and temperature fields and they are presented for different blood vessels. The outcomes highlight how important is to predict coagulation zones achieved in thermal ablation accurately. In this way, indeed, incomplete ablation, tumor recurrence, or healthy tissue necrosis can be avoided, and medical protocols and devices can be improved.
Keywords: bioheat transfer; hyperthermia; thermal ablation; porous media; variable porosity; numerical simulations bioheat transfer; hyperthermia; thermal ablation; porous media; variable porosity; numerical simulations

A thermal-ablation bioheat model for tumoral tissue was numerically investigated. A modified LTNE model was implemented in order to include the water content vaporization in the two phases separately and to introduce a variable porosity in the domain, described by a quadratic function that changes from the core to the rim of the tumoral sphere. The mathematical model was solved employing the finite-element commercial code COMSOL Multiphysics. The computational domain of tumoral tissue consists of two concentric spheres; the external sphere defines the tissue boundary, while the inner sphere is the heating volume.
Results were compared with the results obtained employing two uniform porosity values (ε = 0.07 and ε = 0.23) in terms of coagulation zones at the end of the heating period, maximum temperatures reached in the domain, and temperature fields and they have been presented for different blood vessels, namely, capillaries, terminal arteries, terminal branches, and tertiary branches, which correspond to four different blood velocities and vessel diameters. Very similar coagulation zones are obtained for the two smallest blood vessels, whereas for the two largest vessels, the variable porosity model produces about the same results of using the uniform porosity value ε = 0.07. As regards the maximum tissue temperature reached, they are identical in all the cases for capillaries or terminal arteries. The only difference between the variable porosity model and the uniform porosity ε = 0.07 is about 2.6 °C higher temperature for tertiary branches when the uniform porosity is included. The uniform porosity ε = 0.23 leads to completely different results, with lower temperature peaks than the variable porosity model. The difference between the variable porosity model and the largest porosity yields bigger deviations as larger blood vessels are taken into account. This is because the larger the blood vessels and consequently the blood velocities are, the larger the heat sink effect of blood and the smaller the tissue temperature achieved. These outcomes highlight the importance of developing increasingly realistic bioheat models in thermal ablation of tumoral tissues in order to predict the coagulation zones achieved accurately. In this way, the main risks of thermal ablations such as incomplete ablation, tumor recurrence, or healthy tissue necrosis can be avoided. Moreover, due to more accurate models, thermal ablation protocols and medical devices can be improved and adapted to different organs and patient profiles.

This work was supported by the Italian Government MIUR Grant N° “PRIN-2017F7KZWS”. 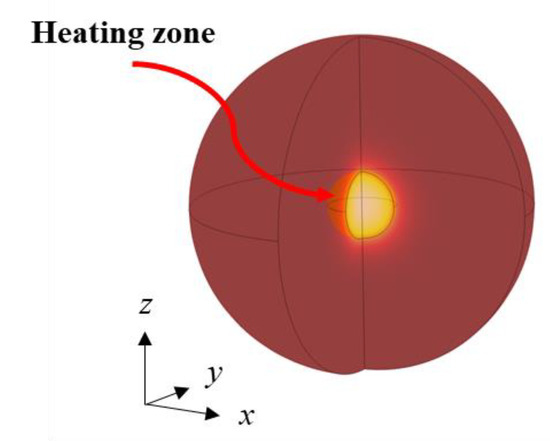 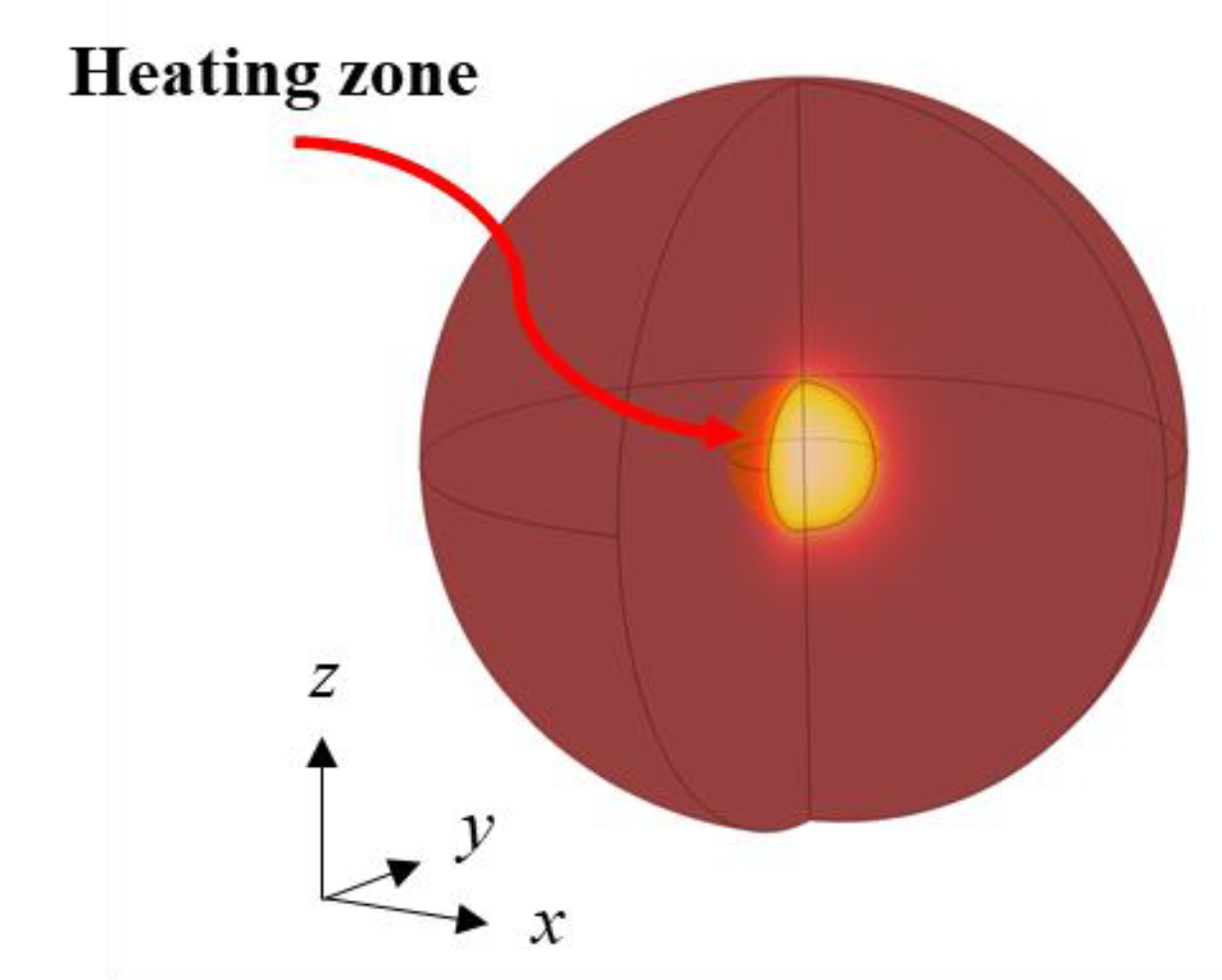 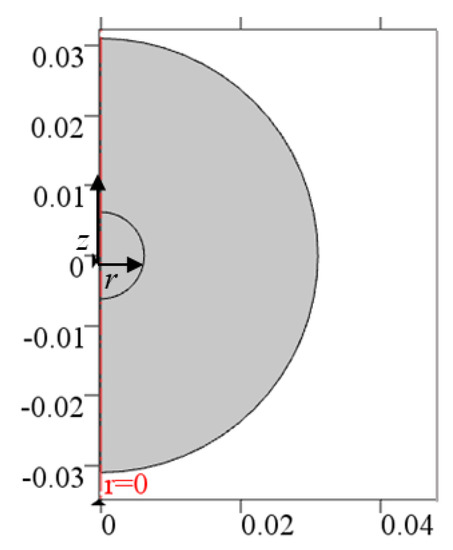 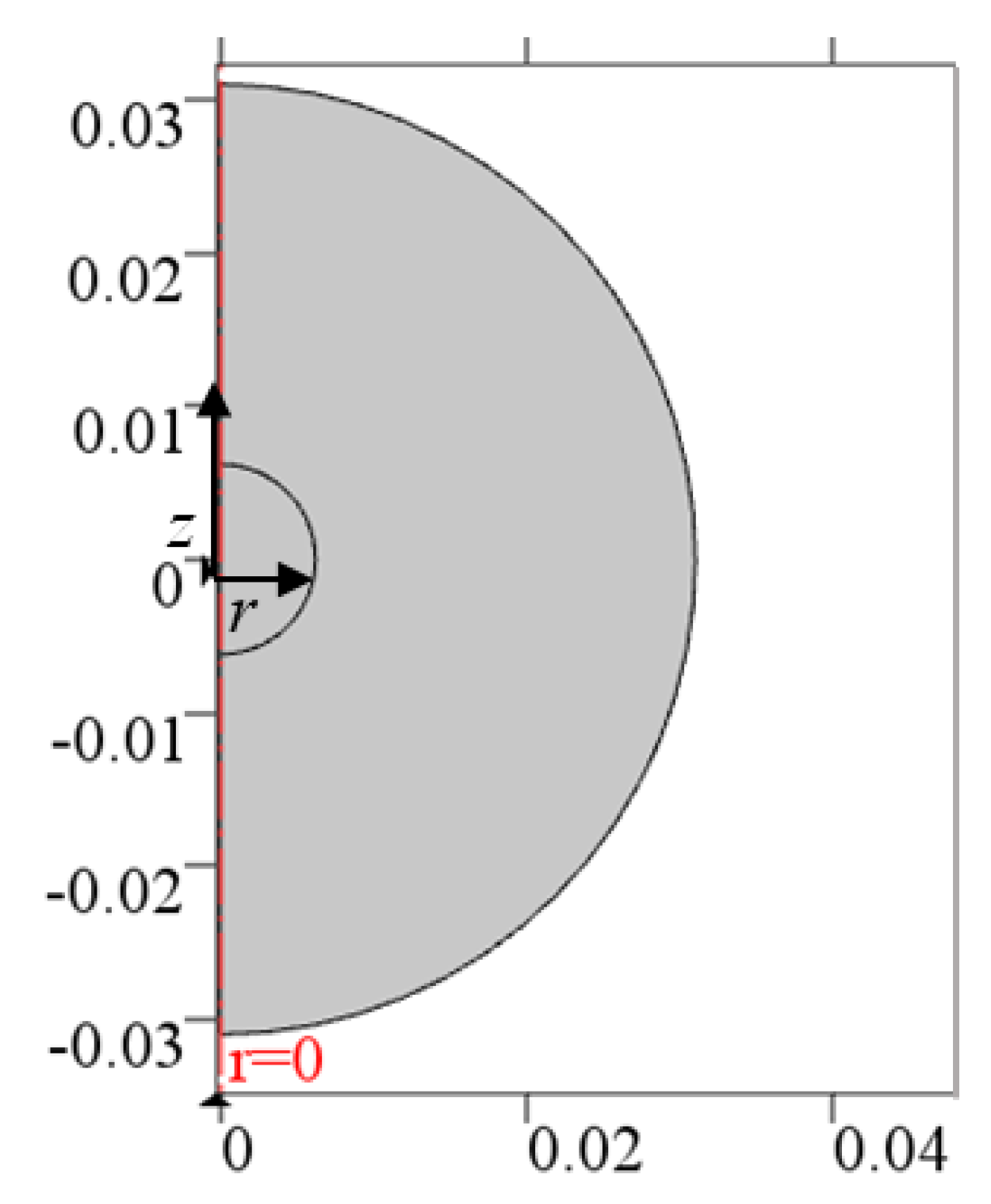 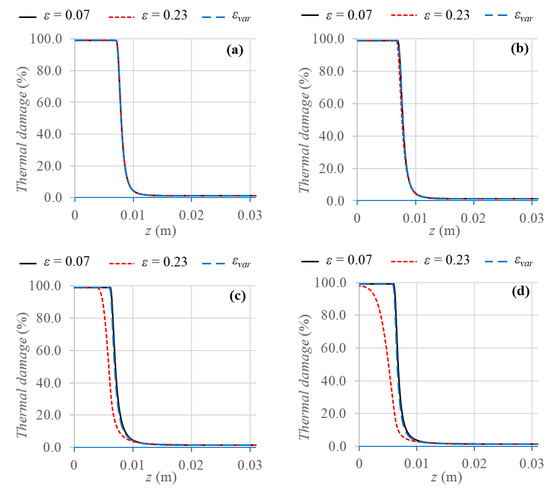 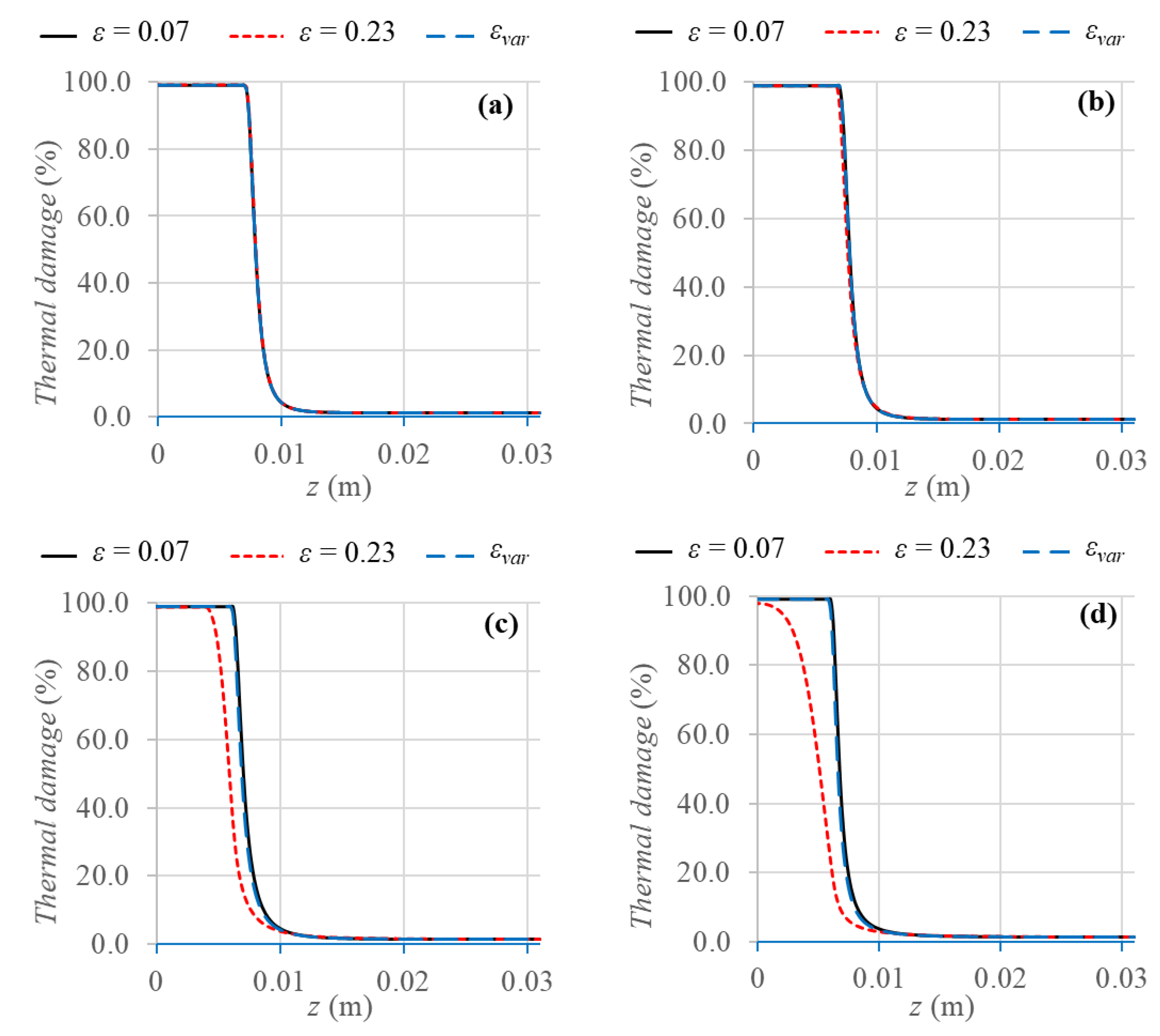 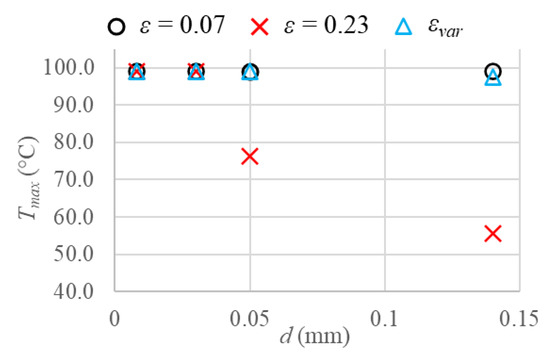 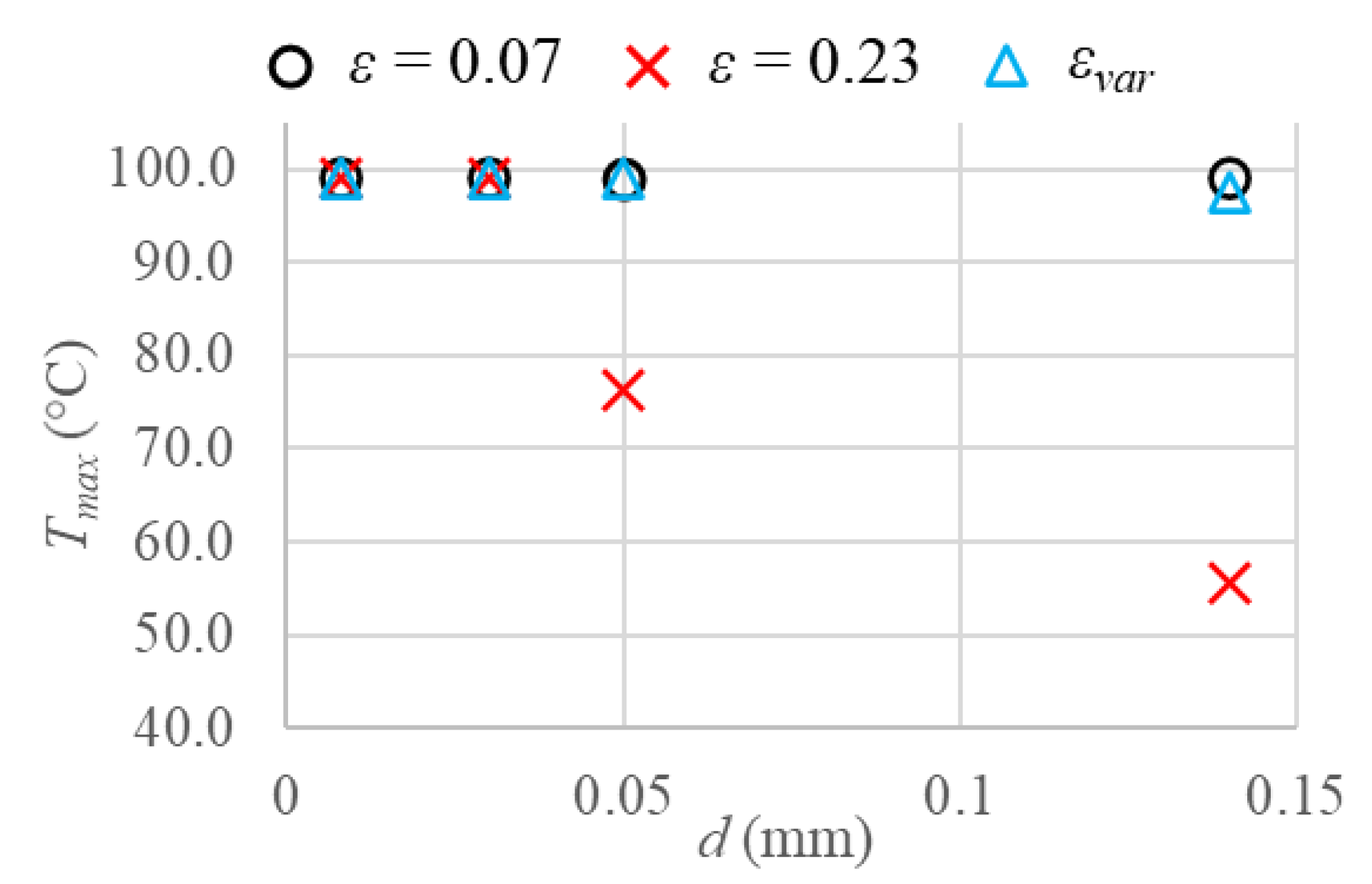 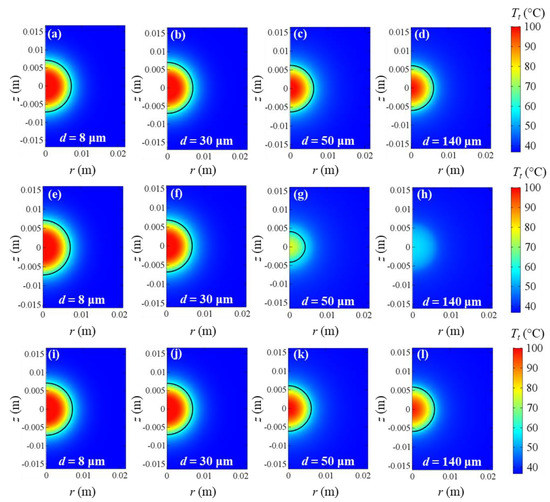 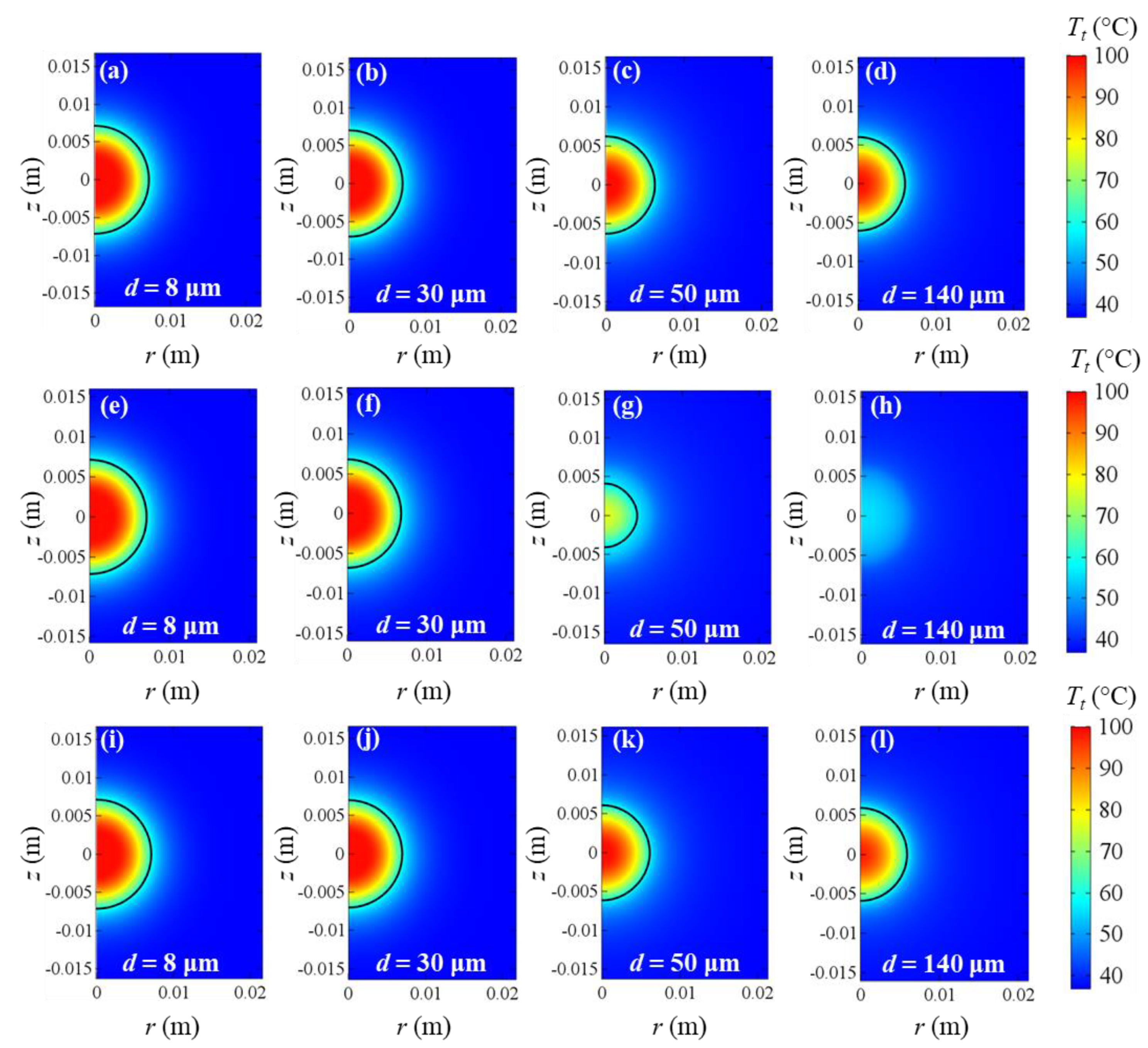