Latent variable modeling allows researchers to explain the covariation among many observed variables and explore the underlying structure of data using multiple unobserved variables [9,10,11]. These models ought to be approached with a specific goal in mind. On the one hand, a researcher with the goal of data exploration or theory generation would benefit from the data-driven techniques of exploratory factor analysis. On the other hand, a researcher with the goal of data or theory validation would benefit from the data-confirming techniques of confirmatory factor analysis. In fact, it was Spearman’s original use of factor analysis in 1904 that began and led to the overall acceptance of modeling intelligence using higher-order and reflective latent variable models [1].

There are two major disadvantages of latent variable modeling. First, once the latent factor structure has been established following exploratory factor analysis, a lack of consensus on how latent factors should be defined and interpreted can occur [14,15,16]. Further, operational definitions of latent factors tend to be subjective because the researcher poses what latent factors represent (for more information on this limitation, see Bock, Goode, and Webb [17]). Additionally, a posteriori or data-driven latent variables might be sample dependent and not truly representative of a specific psychological attribute [14]. This disadvantage does not apply to confirmatory factor analysis nor does it apply to other data-confirming techniques. Data-confirming techniques are theory-based and thus should occur for theoretically motivated factors or variables. As an example of a theoretically motivated factor structure, consider the Cattell–Horn–Carroll (CHC) model of intelligence, as seen in Figure 1) [18,19,20]). Higher-order, or hierarchical, models like this theoretically imply that scores on observed intelligence variables are directly influenced by ability-specific cognitive processes that are each, in turn, influenced by general cognitive ability. These patterns of influence lead us to a more specific disadvantage of reflective and higher-order latent variable models.
The principle of local independence is the second disadvantage of latent variable modeling, specific to assuming a reflective, higher-order model. Assuming these reflective latent variable models implies a common cause of related observations; accordingly, any covariance among observations is fully explained by the latent variable. In a latent variable model, this implies that the observations are locally independent from one another [15]. For example, observations of cognitive ability such as vocabulary, reading comprehension, and listening comprehension would be explained by a single latent variable called verbal ability. The principle of local independence implies that verbal ability accounts for all the shared variance among these cognitive tasks and that no other relationships or shared variance exists among these observations; these variables are ostensibly independent (for more information regarding comorbidity and latent variable models, see Cramer, Waldorp, van der Maas, and Borsboom [21] as well as McNally [22]). As a result, once manifest variables are explained by a latent variable, they pose neither direct nor indirect effects on one another.

Sample consisted of 1112 people between 12 and 90 years of age (M = 45.15; SD = 22.85; N = 1110; 646 women). Subjects’ reported level of education indicated that 36.60% had completed primary school, 23.47% had completed some vocational training, 14.30% had completed a college or university degree, 12.95% had completed grammar school (one version of high school in Hungary), 10.43% had completed vocational school (another version of high school in Hungary), and 2.25% had failed to complete primary school. The sample is representative of the population of Hungary in terms of age, geographical location, type of settlement, education, and gender according to the latest census conducted before the standardization of the WAIS.

A general approach to model fit evaluation was followed as provided by Kline [10] to assess both psychometric network models and latent variable models. Additionally, due to the continuous nature of the H-WAIS-IV data, model fit evaluation was conducted using suggestions by Hu and Bentler [30] and cutoff criteria published by Schreiber, Stage, King, Nora, and Barlow [31]. Thus, model fit will be deemed appropriate when (a) the ratio of model chi-square (χ2) to degrees of freedom is less than or equal to 3.00, (b) comparative fit indices (e.g., Comparative Fit Index (CFI) and Tucker–Lewis Index (TLI)) greater than or equal to 0.95, and (c) Root Mean Square Error of Approximation (RMSEA) values less than or equal to 0.06. Additionally, Akaike Information Criteria (AIC) and Bayesian Information Criteria (BIC) values can be used to compare models: smaller values indicate better fit.

Following the latent variable analyses, psychometric network analyses were conducted on correlation matrices extracted from the H-WAIS-IV data. Psychometric network analysis was conducted using the qgraph [37] and openMx [34] packages in R and were visualized using qgraph. Both packages were used to replicate the statistical procedures where psychometric network analysis was conducted on intelligence data presented by van der Maas et al. [28] and more recently by Kan et al [8].
Guidelines provided by Epskamp and Fried [29] were followed when conducting psychometric network analysis. Network models were generated using the graphical least absolute shrinkage and selector operator (gLASSO) regularization method to control network sparsity [38]. Using the gLASSO regularization technique involves manually setting two parameters: the hyperparameter gamma (γ) and the tuning parameter lambda (λ). In following the tutorial provided by Epskamp and Fried [29], the hyperparameter was set conservatively (γ = 0.50). Setting γ conservatively reflects the extended BIC gLASSO regularization technique that prefers simpler models with fewer estimated edges. Additionally, in following Epskamp, Lunansky, Tio, and Borsboom [39], the tuning parameter was set modestly (λ = 0.01), reflecting a technique that limits spurious edges while retaining as many true edges as possible.
Following the guidelines of Epskamp and Fried [29] and setting the parameters in this manner allowed resulting psychometric network models to be estimated with high specificity as is typical of gLASSO regularization; high sensitivity is also needed due to the reduction of false-positive edges typical when setting the tuning parameter low. The gLASSO regularization technique was followed to ensure the removal of estimated edges that were spurious (i.e., false-positive) or only occurring due to sampling error. This technique was only available for the psychometric network analyses conducted in qgraph as there currently is no way to specify these parameters using openMx.

3.3. Confirmatory Factor Analysis and Psychometric Network Models of the H-WAIS-IV

Additional analyses of large-scale data sets applying both psychometric network modeling and latent variable models might further reveal the advantages of each approach. As a recent development, latent variable network modeling [48] combines the two approaches by describing a network of connections between latent variables that account for performance of tests of cognitive abilities. This might reconcile the two approaches, bringing the “best of both worlds” to research as to the structure of human cognitive abilities.

Kristof Kovacs received funding by the National Research, Development, and Innovation Office of Hungary: Grant PD-17-125360. This research received no other external funding. 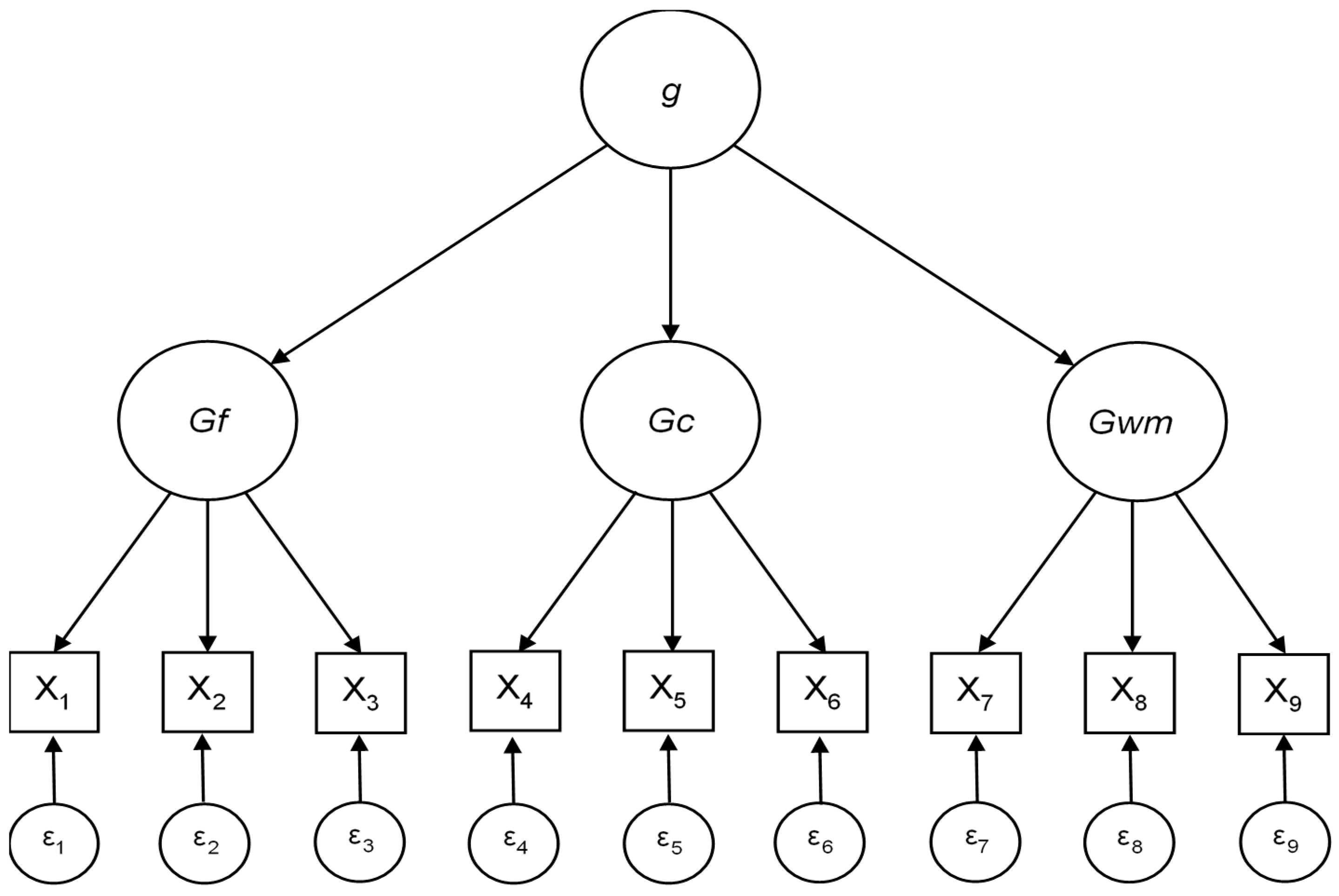 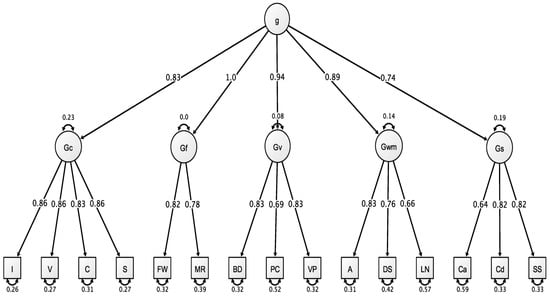 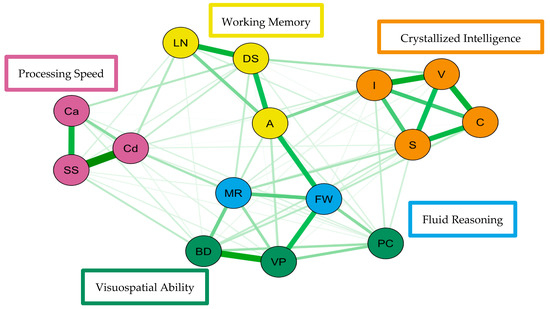 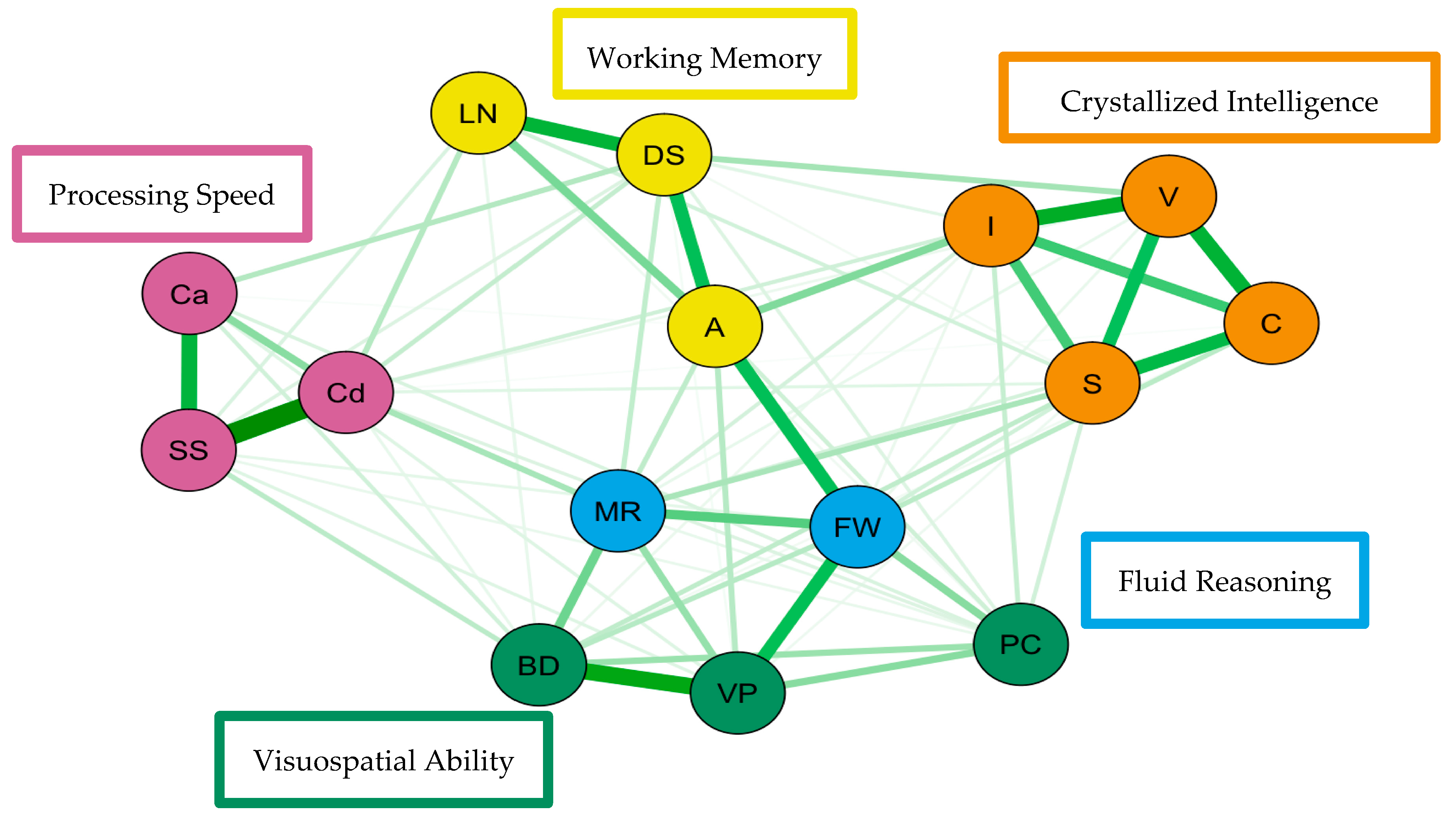 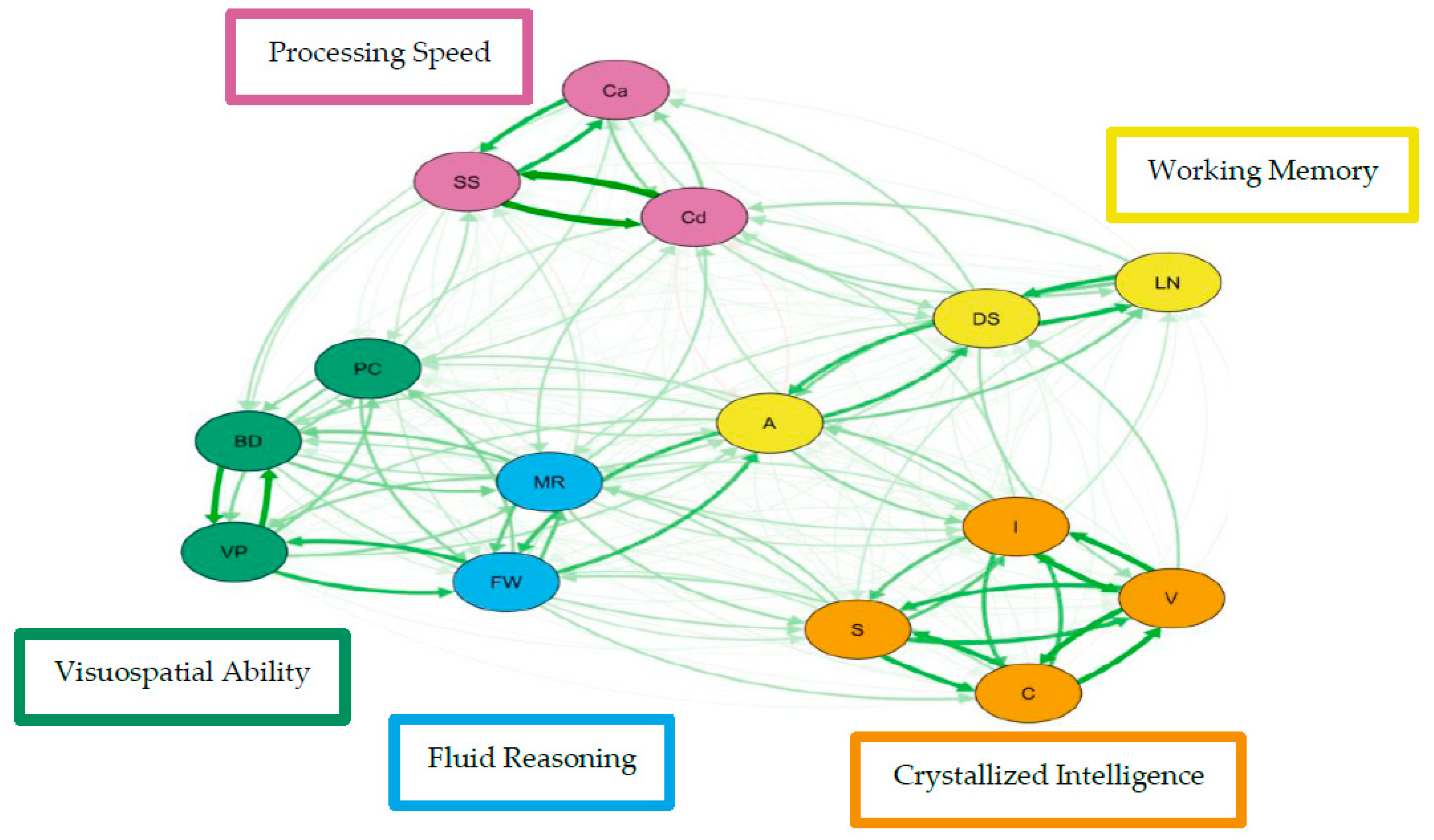