Initial Evidence for the Hypersensitivity Hypothesis: Emotional Intelligence as a Magnifier of Emotional Experience
Next Article in Special Issue

How Is Intelligence Test Performance Associated with Creative Achievement? A Meta-Analysis
Previous Article in Journal

The Relationship between Intelligence and Divergent Thinking—A Meta-Analytic Update 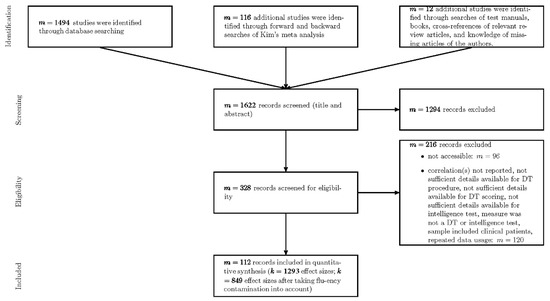