Staphylococcus aureus is recognized as a zoonotic pathogen of public health concern, producing serious illness in humans, subclinical mastitis in cows, and outbreaks of food poisoning [1,2]. Globally, S. aureus causes widely distributed opportunistic, nosocomial, and population-related diseases [3]. A recent report stated that S. aureus strains can spread to different geographical regions through food and milk products [4]. According to a surveillance study in India, a lack of hygienic procedures during processing and post-processing handling of food products, particularly those of animal origins such as eggs, meat, and milk, facilitated microbial contamination [5].
S. aureus has developed several virulence factors that aid in pathogenesis and udder infection, such as evasion and adhesion within the host and resistance to the immunologic responses [6,7].
Production of coagulase is a crucial phenotypic feature and the major determinant factor for identifying S. aureus strains. Moreover, the variability at the 3′ end coding region of the coa gene has been used for genotyping of S. aureus strains from humans and animals [8].
Methicillin-resistant S. aureus (MRSA) has frequently been isolated from livestock, and the possibility of zoonotic spread to humans has been recognized. For example, the MRSA ST398, a model clone of livestock-associated MRSA (LA-MRSA), has been found in human population that are in frequent contact with animals such as farmers or veterinarians [9]. Outbreaks of the MRSA infection have been reported in the USA, Europe, and Egypt [10,11].
Several studies have highlighted the evolution of resistance to numerous antimicrobial drugs in S. aureus strains obtained from bovines [12]. S. aureus has also been implicated in food poisoning outbreaks, healthcare, and community-associated infection, particularly MRSA strains that exhibit multidrug resistance (MDR) [11,13,14]. The widespread predominance of MDR-MRSA strains poses a significant risk to public health, and invasion of MDR strains could theoretically transfer resistance genes to humans [13].
In fact, certain bacterial strains of the genus Staphylococcus that have developed resistance to various antibiotics carry the mecA gene that encodes penicillin-binding protein 2a (PBP2a) and facilitate resistance to methicillin and other β-lactam antibiotics, rendering them a global public health issue [14]. Molecular identification using PCR is the gold standard approach for identifying the mecA gene between MRSA strains [15]. However, a special mecA homolog gene was detected in some S. aureus strains, primarily the mecALGA251 (mecC), and this divergent mecA gene counterpart with 70% homology to the mecA gene has been designated as mecC [16].
Karish cheese is a common local and popular type of white, soft, lactic cheese made from raw milk or laban rayeb (raw cottage cheese with salt) which is not exposed to any heat treatment. Additionally, minced meat and beef luncheon are very common and popular raw meat products consumed by the Egyptian people which require no or low heat treatment during cooking. The frequent consumption of such food products of animal origin in developing countries such as Egypt without health oversight can result in the spread of certain bacterial infections such as S. aureus. Therefore, this study aimed to investigate the prevalence and antibiogram profile of S. aureus isolates in animal food products such as minced meat, beef luncheon, and Karish cheese, as well as in human samples. Moreover, partial sequencing of the mecA gene of three MRSA strains has been performed to compare the identity of the mecA gene with related global strains as well as to highlight the possibility of transmitting the antibiotic resistance genes to humans through animal food products and its potential public health significance.

The medical staff of Al-Qaluobyia Hospital collected the human samples used in this study following the rules and regulations of the Egyptian Ministry of Health under full medical supervision. Written consent has been obtained from the patients before using the specimens. Food samples (minced meet, beef luncheon, and Karish cheese) were collected randomly from local markets in the Al-Qaluobyia Governorate.

The study was conducted in the Al-Qaluobyia governorate in Lower Egypt, about 35.26 km north of Cairo in the Nile Delta region (30.41 N: _N 31.21_E at an altitude of 9.0 m). The study area (1124 km2) had a rapid urbanization over the last three decades. According to inhabitance estimates, in 2018, most residents in the governorate lived in rural areas, with an urbanization rate of only 44.7%. Out of 5,703,000 people located in the governorate, 2,509,000 people lived in rural areas and 3,194,000 lived in urban areas [17]. In addition, the Qaluobyia governorate is the leader in poultry and egg production and food packaging and processing in Egypt.

2.3. Collection of Samples and Preparation

DNA was extracted using the QIAamp DNA Mini Kit (Cat. No. 51304, Qiagen, Hilden, Germany). The list of primers used to amplify the coa and mecA genes of S. aureus isolates is provided in Table 1. For PCR, a reaction mixture of 50 µL volume was prepared, containing 25 µL of PCR Master Mix (Cat. No. 201445, Qiagen, Germany), 1 µL (10 pmol/µL) of each primer, 6 µL target DNA, and the remaining volume needed to reach 50 µL was adjusted with deionized water. The reaction was conducted in an Applied Biosystem 2720 thermal cycler (Applied Biosystems, Foster, CA, USA). The following thermal profile was used: Initial denaturation at 94 °C for 5 min; 40 cycles each consisting of denaturation at 94 °C for 30 sec, annealing at 55 °C (coa gene) or 57 °C (mecA gene) for 45 sec and extension at 72 °C for 30 sec; and finally extension at 72 °C for 5 min. After completing the run, PCR products (15 µL) were subjected to agarose gel electrophoresis (1.5%) and visualized under UV light in a gel documentation system.

To visualize the multidrug resistance profile of MRSA strains, an UpSetR plot was prepared using an online platform (https://gehlenborglab.shinyapps.io/upsetr/).

The S. aureus was prevalent among meat, milk products, and human samples. Our results highlighted the predominance of MRSA strains with resistance to multiple antimicrobial agents in animal food products. In addition, the genetic analysis of the mecA gene revealed high nucleotide and amino acid similarities between S. aureus strains from human samples and food products. Additionally, the study detected the presence of the mecA gene in S. aureus isolates from humans and animal food products (minced meat and Karish cheese) in the study area in Egypt and its possible threat to public health. Therefore, frequent monitoring of S. aureus to identify patterns of antimicrobial susceptibility is needed to elucidate MRSA transmission routes through the animal food chain. In addition, it is necessary to follow up the hygienic measures to prevent or minimize the contamination of food products, particularly that of handmade products in the study area, which constitute a high risk on public health.

This study was performed according to the rules and regulations of the Egyptian Ministry of Health and Faculty of Veterinary of Medicine, University of Sadat City, Egypt (Approval no. VUSC00006).

All authors agree that the data presented in this study are openly available through mdpi publisher platform or others without any restriction.

The authors extend their appreciation and sincere thanks to the Chief Director and the staff members at the Al-Qaluobyia Hospital for supplying clinical information and samples collection. We appreciate and thank Taif University for the financial support for Taif University Researchers Supporting Project (TURSP-2020/09), Taif University, Taif, Saudi Arabia. 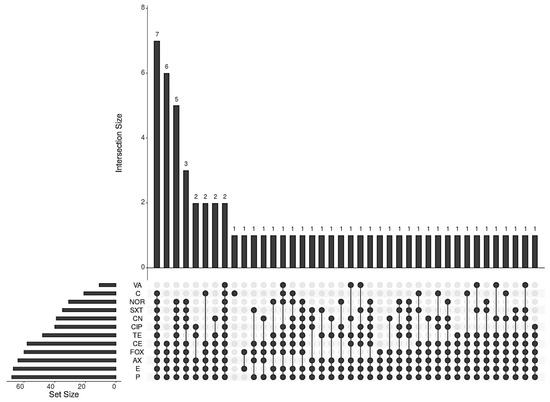 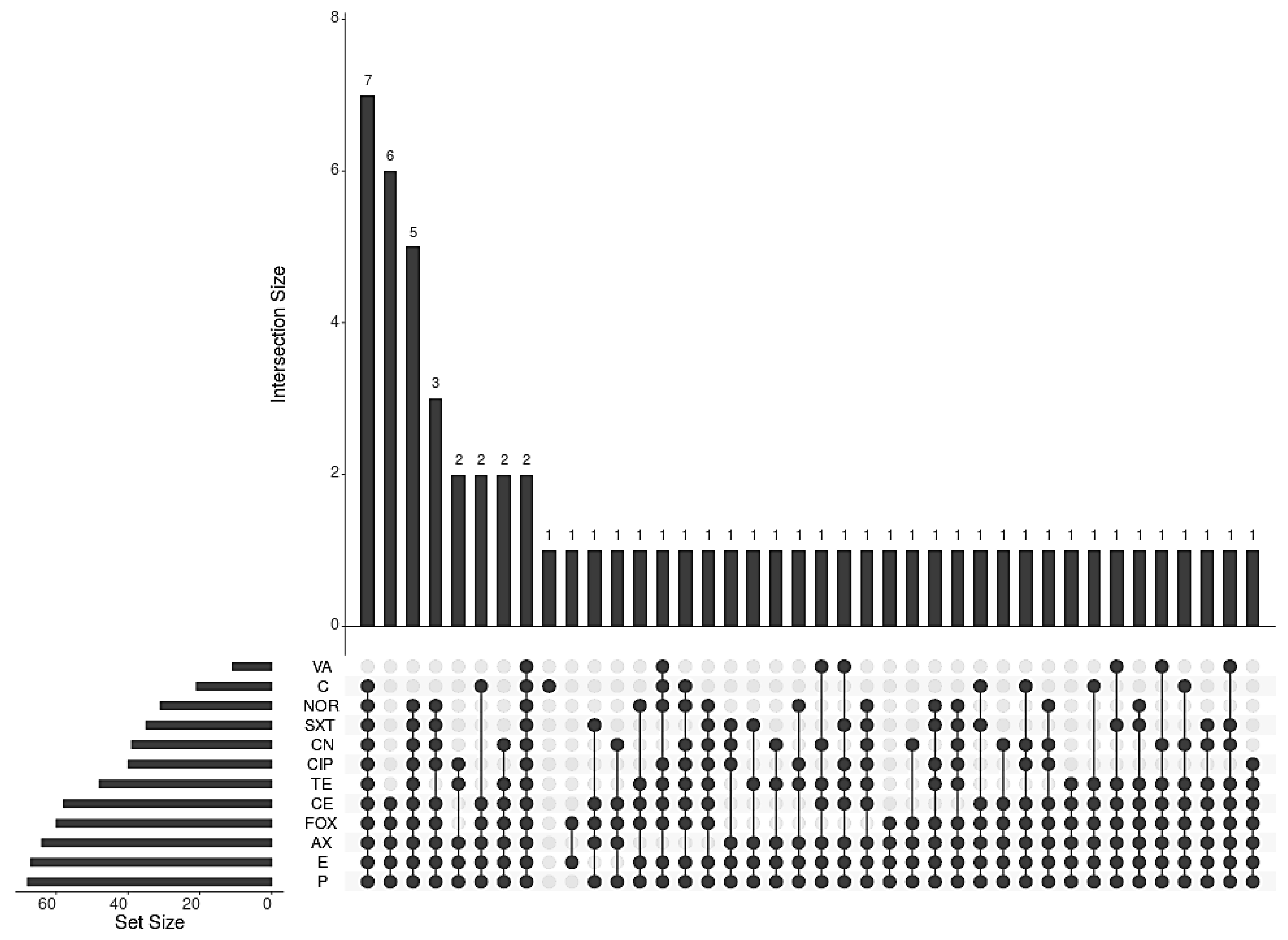 Table 3. Antimicrobial resistance of the CPS isolates.
Table 3. Antimicrobial resistance of the CPS isolates.
% estimated according to the number of tested isolates for antibiotic sensitivity test (n = 70).
© 2021 by the authors. Licensee MDPI, Basel, Switzerland. This article is an open access article distributed under the terms and conditions of the Creative Commons Attribution (CC BY) license (http://creativecommons.org/licenses/by/4.0/).
We use cookies on our website to ensure you get the best experience. Read more about our cookies here.
Accept
We have just recently launched a new version of our website. Help us to further improve by taking part in this short 5 minute survey here. here.
Never show this again