Figainin 1, a Novel Amphibian Skin Peptide with Antimicrobial and Antiproliferative Properties
Next Article in Special Issue

Prevalence and Antibiotic Resistance of ESKAPE Pathogens Isolated in the Emergency Department of a Tertiary Care Teaching Hospital in Hungary: A 5-Year Retrospective Survey 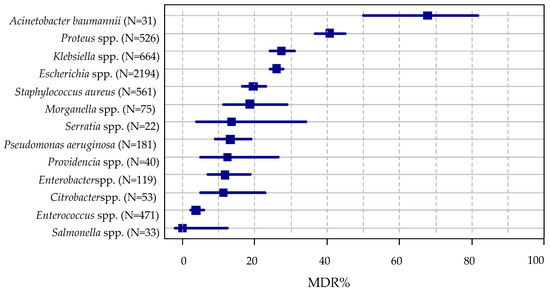