Hydrostructural Pedology, Culmination of the Systemic Approach of the Natural Environment
Previous Article in Journal

Literature shows that much research has been conducted on the co-production of climate knowledge, but it has neither established a standardized and replicable model for the co-production process nor the emergent learning patterns as collaborators transition from the disciplinary comfort-zone (disciplinary and practice biases) to the transdisciplinary third-space. This study combines algorithmic simulation modelling and case study lessons from Learning Labs under a 4-year (2016–2019) climate change management project called Future Resilience of African CiTies and Lands in the City of Blantyre in Malawi. The study fills the research gap outlined above by applying a systems-approach to replicate the research process, and a Markov process to simulate the learning patterns. Results of the study make a number of contributions to knowledge. First, there are four distinct evolutionally stages when transitioning from the disciplinary comfort-zone to the transdisciplinary third-space, namely: Shock and resistance to change; experimenting and exploring; acceptance; and integration into the third-space. These stages are marked by state probabilities of the subsequent stages relative to the initial (disciplinary comfort-zone) state. A complete transition to the third-space is marked by probabilities greater than one, which is a system amplification, and it signifies that there has been a significant increase in learning among collaborating partners during the learning process. Second, a four-step decision support tool has been developed to rank the plausibility of decisions, which is very hard to achieve in practice. The tool characterizes decision determinants (policy actors, evidence and knowledge, and context), expands the determinants, checks what supports the decision, and then rates decisions on an ordinal scale of ten in terms of how knowledge producers and users support them. Third, for a successful transdisciplinary knowledge co-production, researchers should elucidate three system-archetypes (leverage points), namely: Salient features for successful co-production, determinant of support from collaborators, and knowledge co-production challenges. It is envisioned that academics, researchers, and policy makers will find the results useful in modelling and replicating the co-production process in a methodical and systemic way while solving complex climate resilience development problems in dynamic, socio-technical systems, as well as in sustainably mainstreaming the knowledge co-produced in policies and plans. View Full-Text
Keywords: climate change; complex social-technical systems; decision-support; systems-theory; third-space-transition modelling climate change; complex social-technical systems; decision-support; systems-theory; third-space-transition modelling
►▼ Show Figures 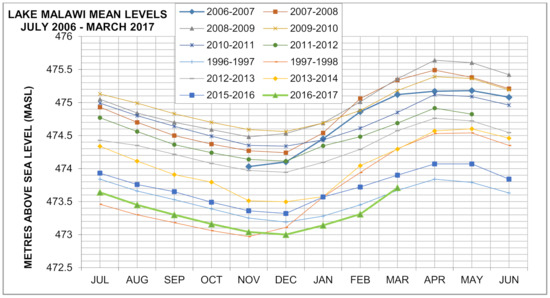