A PROMETHEE MCDM Application in Social Inclusion: The Case of Foreign-Born Population in the EU
Previous Article in Journal

We discuss mathematical and physical arguments contrasting continuous and discrete, limitless discretization as arbitrary granularity. In this regard, we focus on Incomputable (lacking an algorithm that computes in finite time) Real Numbers (IRNs). We consider how, for measurements, the usual approach to dealing with IRNs is to approximate to avoid the need for more detailed, unrealistic surveys. In this regard, we contrast effective computation and emergent computation. Furthermore, we consider the alternative option of taking into account the properties of the decimal part of IRNs, such as the occurrence, distribution, combinations, quasi-periodicities, and other contextual properties, e.g., topological. For instance, in correspondence with chaotic behaviors, quasi-periodic solutions, quasi-systems, uniqueness, and singularities, non-computability represents and corresponds to theoretically incomplete properties of the processes of complexity, such as emergence and quantum-like properties. We elaborate upon cases of equivalences and symmetries, characterizing complexity and infiniteness as corresponding to the usage of multiple non-equivalent models that are constructively and theoretically incomplete due to the non-exhaustive nature of the multiplicity of complexity. Finally, we detail alternative computational approaches, such as hypercomputation, natural computing, quantum computing, and analog and hybrid computing. The reality of IRNs is considered to represent the theoretical incompleteness of complex phenomena taking place through collapse from equivalences and symmetries. A world of precise finite values, even if approximated, is assumed to have dynamics that are zippable in analytical formulae and to be computable and symbolically representable in the way it functions. A world of arbitrary precise infinite values with dynamics that are non-zippable in analytical formulae, non-computable, and, for instance, sub-symbolically representable, is assumed to be almost compatible with the coherence of emergence. The real world is assumed to be a continuous combination of the two—functioning and emergent—where the second dominates and is the norm, and the first is the locus of primarily epistemic extracts. Research on IRNs should focus on properties representing and corresponding to those that are detectable in real, even if extreme, phenomena, such as emergence and quantum phenomena. View Full-Text
Keywords: computability; discretization; emergence; equivalence; incompleteness; symmetry computability; discretization; emergence; equivalence; incompleteness; symmetry
►▼ Show Figures 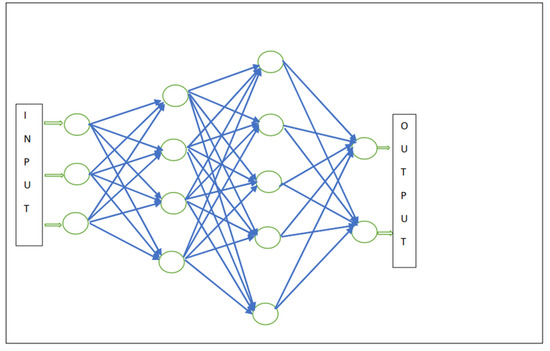 Gianfranco Minati
Dr. Gianfranco Minati is a systems scientist. He switched from a position as an executive in a large industrial–financial Italian group (1979–1984) to research. He is the founder (1996) and president of the Italian Systems Society (AIRS), a member of the scientific committee of Conferences and Systems Societies, and was a doctoral lecturer (2000–2017) at the Polytechnic of Milan, Italy. He is the author of 38 chapters in books, the editor of 10 books, the author or co-author of 16 books, and the author of 53 articles and academic publications. His current research interest focuses on artificial unconscious in AI, complex systems, dynamic usage of models, emergence, logical openness, mesoscopic coherence, meta-structures, multiple systems, quasi-systems, theoretical incompleteness, and architecture and design as social meta-structures to influence processes of emergence in social systems.
Zoom | Orient | As Lines | As Sticks | As Cartoon | As Surface | Previous Scene | Next Scene
We use cookies on our website to ensure you get the best experience. Read more about our cookies here.
Accept
We have just recently launched a new version of our website. Help us to further improve by taking part in this short 5 minute survey here. here.
Never show this again