Survival and Prognostic Factors in Mixed Cryoglobulinemia: Data from 246 Cases

Proctitis Caused by Mycobacterium avium-intracellulare in an HIV-Infected Patient

Proctitis is an inflammation of the rectal mucosa, and is frequently encountered in HIV-infected men who have sex with men (MSM). In this population, sexually transmitted diseases constitute the leading cause of infectious proctitis. The most common etiologic agents are Herpes simplex, Chlamydia trachomatis and Neisseria gonorrhoeae among others; however, a specific cause cannot be identified in a high number of cases [1]. Mycobacterium avium-intracellulare (MAI) is an environmental pathogen that has not been recognized as a causative agent of proctitis. This non-tuberculous Mycobacterium is commonly responsible for disseminated disease in severely immunocompromised HIV patients with CD4 counts lower than 50 cells/uL. Gastrointestinal involvement has been documented in several reports, with the duodenum, being the most commonly affected organ [2]. Here, we describe the case of an HIV-infected patient with localized proctitis secondary to Mycobacterium avium-intracellulare that was successfully treated with a three-drug regimen. Rectal involvement by MAI has been reported only as part of a disseminated process affecting the colon or other extraintestinal organs. To the best of our knowledge, the present case is the first description of MAI infection exclusively affecting the rectum. In this report, we also discuss the challenges we usually face for the diagnosis and management of this infection.

A 48-year-old man originally from Mexico presented to the Infectious Disease clinic with constipation and painful defecation in the last 4 weeks. He had noticed streaks of blood on the toilet paper after wiping. He had a 5-year history of HIV infection treated initially with Tenofovir/emtricitabine/efavirenz that was recently switched to abacavir/lamivudine/dolutegravir. His latest CD4 count was 304 cells/uL and his HIV viral load was undetectable. He was MSM (men who have sex with men), but denied unprotected sex in the last 3 months. His vital signs were within normal limits. He weighed 77.1 kg and did not report any significant weight loss. His abdomen was soft, nontender and non-distended. Bowel sounds were normoactive. Rectal exam was normal. Laboratory studies showed hemoglobin of 14.1 g/dL, leukocyte count of 4.7 K cells/uL and platelet count of 246 K cells/uL. Chemistry panel was significant only for mildly elevated alkaline phosphatase (142 U/L). RPR (rapid plasma reagin) was negative. Stool culture was negative for Salmonella, Shigella, Aeromona and Plesiomona. Campylobacter antigen and Escherichia coli shigatoxins were not detected. Ova and parasites were not isolated in stool studies. He underwent rectal swab for gonorrhea and chlamydia PCR, which gave negative results. Given unrevealing work-up, the patient was referred to Gastroenterology for endoscopic evaluation. Colonoscopy showed moderate inflammation characterized by congestion, erythema and friability of the rectal mucosa. Shallow ulcerations were noted only in the rectum (Figure 1). The rest of the colon did not show any abnormalities. Histopathology examination of rectal tissue disclosed a mucosa with increased lymphoplasmacytic and neutrophilic infiltrate in lamina propia. Acute cryptitis and focal crypt abscesses were noted, along with erosions and few poorly formed granulomas (Figure 2). Immunohistochemistry for HSV1, HSV2, and CMV was negative. Tissue AFB (acid-fast bacilli) staining did not show any organisms. AFB smear in stool was negative; however, two weeks later, stool culture grew Mycobacterium sp. that was further identified as Mycobacterium avium-intracellulare complex by DNA probe. No susceptibility testing was performed. Rectal tissue culture did not grow any organisms. To complete the work-up, a chest X-ray and quantiferon gold were ordered. The results were unremarkable. The patient was started on azithromycin 500 mg daily, rifabutin 300 mg daily and ethambutol 1200 mg daily. At 2-month follow up, the patient reported complete resolution of his symptoms. Four months later, rifabutin was discontinued. The plan was to continue with azithromycin and ethambutol for six additional months to complete a total treatment course of one year.

Proctitis secondary to MAI is very uncommon, even in the setting of HIV infection. We believe that stool AFB and culture should be part of the work-up in patients presenting with proctitis, in whom initial investigations for sexually transmitted diseases are negative. The treatment for MAI is typically based on a 3-drug regimen that includes macrolides, ethambutol and possibly rifabutin. The optimal duration of therapy for extrapulmonary disease has not been standardized; however, a six- to twelve-month course is usually advocated.

Written informed consent was obtained from the patient for publication of this case report and any supplementary images. 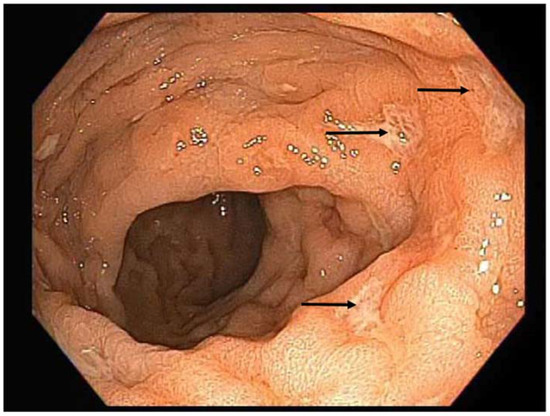 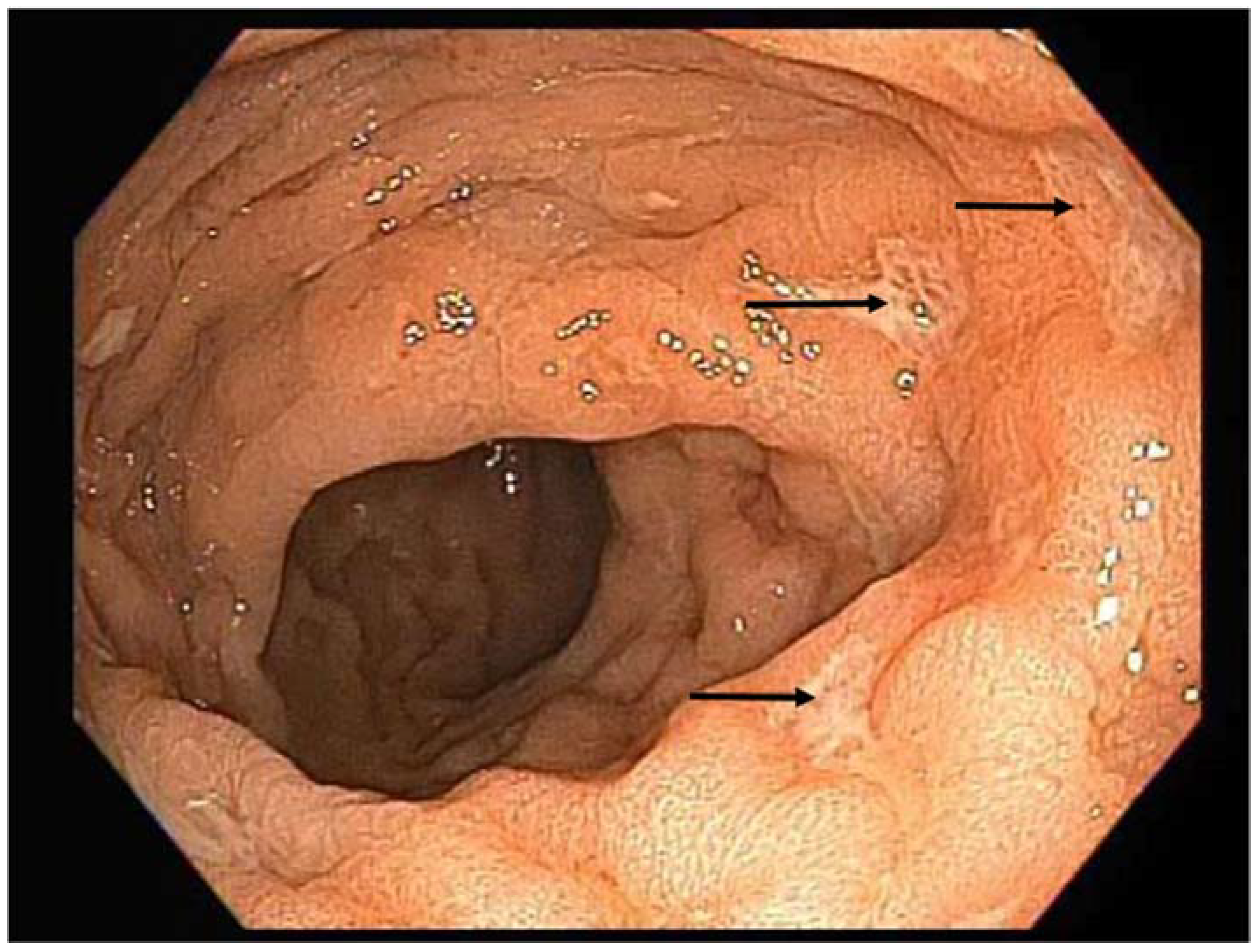 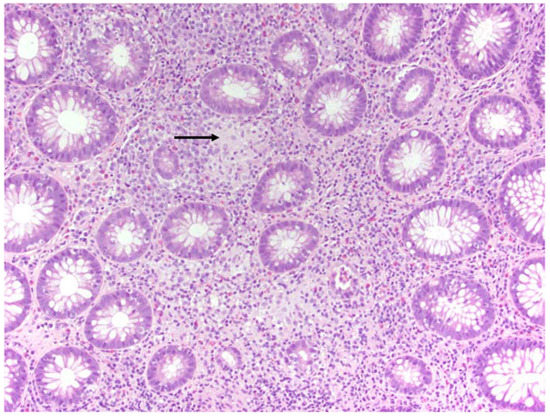 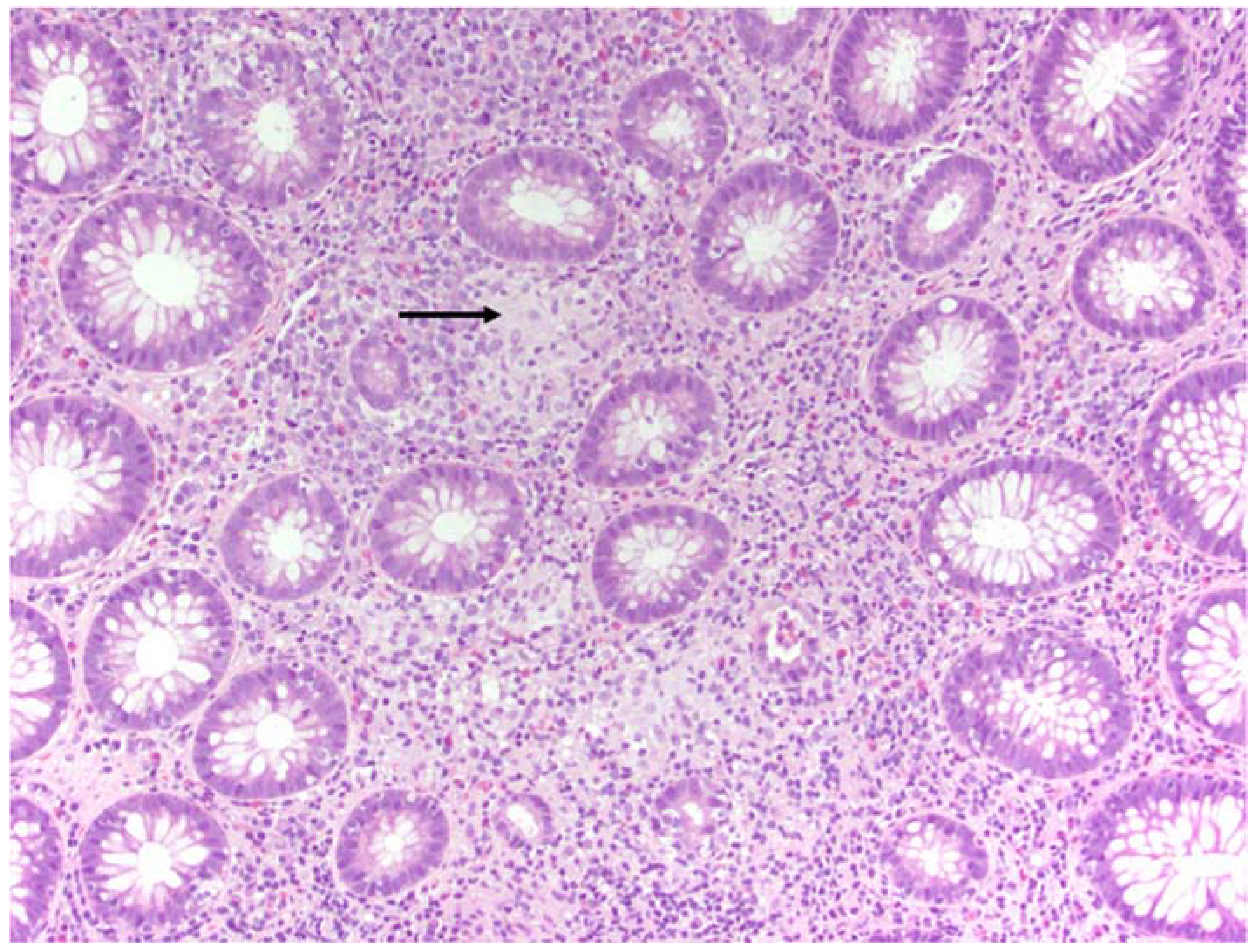