From Donor to Patient: Collection, Preparation and Cryopreservation of Fecal Samples for Fecal Microbiota Transplantation
Previous Article in Special Issue

“I Actually Don’t Know What HIV Is”: A Mixed Methods Analysis of College Students’ HIV Literacy

Disparities in Hepatitis B Vaccine Coverage by Race/Ethnicity: The National Health and Nutrition Examination Survey (NHANES) 2015–2016

Hepatitis B virus (HBV) infection, a contagious disease, is a major public problem in the United States and around the world [1,2,3,4]. In the US in 2016, the prevalence of acute HBV infection was most common among injection drug users, those who had had sexual contact with a person with HBV infection, and those aged 30–49 years [5,6,7]. By contrast, the prevalence of chronic HBV infection was common among foreign-born individuals, especially people born in Asia, the Pacific Islands, and Africa, representing over half of the cases of chronic HBV infections [5,8]. Globally, in highly endemic areas, HBV infection was most commonly spread from mother to child at birth or through horizontal transmission (exposure to infected blood) and from an infected child to an uninfected child during the first 5 years of life [3]. In terms of morbidity and mortality, HBV infection affects 1.25 million persons in the US and 350 to 400 million persons worldwide. HBV infection causes 4000 to 5500 deaths in the US and one million deaths worldwide from its consequences of cirrhosis, liver failure, and hepatocellular carcinoma annually [1,2,3,4,5].
Although a safe and effective vaccine is available, three doses for children, and two doses for adults, HBV infections are highest among adults of ages 30–49 years [5]. The US 1991 public health strategy to eliminate transmission of HBV is still valid, in which the HBV vaccine is an essential prevention component [9]. Globally, in 1992, the World Health Organization recommended integrating the HBV vaccine into the national childhood immunization program by 1999 [10]. In the US, the HBV vaccine was first initiated in 1981 for screening all pregnant women and postexposure prophylaxis to infants born to infected women in 1988, a universal vaccine of children in 1992, and a routine vaccine of adolescents not vaccinated before in 1995 and unvaccinated children under age 19 in 1999 [11,12].
The National Viral Action Plan in the US, 2017–2020, emphasized the need to increase the percentage of persons aware of their HBV infection from 33% to 66%, to reduce the number of HBV-related deaths by 20%, and to increase the rate of HBV vaccination among health care workers to 90% [13]. According to the CDC report, only about 25% adults of the US who are at high risk for HBV infection get vaccinated [6]. Even among healthcare professionals, the vaccination coverage is only 69.5%, which is well below the Healthy People 2020 target [14]. According to several community-based studies, the vaccination rate remained low among American adults, and disparities in vaccine coverage exist [15,16,17,18,19,20,21,22]. Disparities also exist with testing for HBV infection. Among racial/ethnic minorities, more than half were not screened for HBV, and only half of those who tested positive had ever received treatment [4].
Therefore, this study aimed to investigate disparities associated with HBV vaccine coverage with serological tests by race/ethnicity from the current National Health and Nutrition Examination Survey (NHANES) 2015–2016, after adjusting for gender and age. We hypothesized that there is an association between differential HBV vaccine coverage measured by serological test and race/ethnicity, adjusting for gender and age.

The NHANES 2015–2016 is a multistage, stratified, probability sampling design and is used to select a representative sample household of the US. It is conducted by the National Center for Health Statistics (NCHS). The survey combines interviews and physical examination to assess the health and nutritional status of non-institutionalized civilian adults and children in the US. A full description of the methodology for the NHANES can be obtained elsewhere [23]. The NHANES offers an initial interview component, which is usually conducted at the household level of each participant to collect sociodemographic information and medical histories. Physical examination, dietary interview, anthropometry, and other tests and procedures are conducted by highly trained medical personnel in mobile examination centers, which provide a standardized and controlled environment for clinical examinations and tests [24].

The NCHS Research Ethics Review Board (ERB) approved the NHANES 2015–2016 survey (#2011-17). All participants gave their informed written consent for their participation in the survey.

Data were analyzed using SAS, version 9.2.4. Proc survey frequency was performed due to the complex design of the NHANES survey. Weighted percentage with 95% confidence interval (CI) was reported to represent the US population. Logit confidence limits were computed for small percentages (less than 10%). Modified Rao–Scott Chi-square test was used to analyze if there were significant differences in hepatitis B vaccine coverage by age, gender, and race/ethnicity groups. Bivariate and multivariate survey logistic models were applied to determine independent predictors of vaccine coverage.

This study showed that HBV vaccine coverage was low across all races/ethnicities, including the Asian population, in US adults. HBV vaccine coverage was less than 35% across all races/ethnicities. Previous studies reported similar low HBV coverage as well as HBV testing in the US [4,16]. In our subgroup analysis of those aged 30–49, we found that Mexican Americans and other Hispanics had lower vaccine coverage within that age group. Based on our data, these ethnic groups were most susceptible to infection as they did not acquire immunity from the disease, compared to Asians and people of other races. Even though Asians had lower HBV vaccine coverage, 15% of people in that community became immune via natural infection. Moreover, the prevalence of HBV infection was 3% among the Asian population, which was consistent with a previous study [26]. Based on the CDC recommendation of routine testing of foreign-born people with a prevalence of ≥2% [27,28], urgent measures are needed to screen them to know their HBV status and treat them to reduce the rate of recurrence of infection, and incidence of cirrhosis of the liver, liver cancer, and mortality. Without intervention, the study showed that 25% of people with HBV die due to late complications of cirrhosis and liver cancer [29].
Our major aim was to investigate disparities associated with HBV vaccine coverage with serological tests by race/ethnicity adjusted for gender and age. In a multivariate model, after adjusting for gender and age, data showed that vaccine coverage was lower among Mexican Americans and African Americans. We also found that males had lower vaccine coverage than females. This finding is also consistent with a previous study from the NHANES [22,27]. Moreover, the prevalence of vaccine coverage was lower among the older age group compared to younger adults. The reason for the observed age difference is speculative. The universal vaccine initiative started in 1991, and this survey was completed in 2015–2016. Younger adults, who fall within that age range of 18–29 years, were more covered by the immunization program than adults [9]. In our subgroup analysis by age group, we also noticed that health disparity in vaccine coverage existed in the 30–49 age group. In that age group, vaccine coverage was lower among the Hispanic communities, followed by African Americans, which was also consistent with a previous study [22]. The current data provided evidence that hepatitis B vaccine coverage is still below the goal of Healthy People 2020 [14,28]. The prevalence of vaccinations among Hispanics has remained persistently low, as reported in the 2010 CDC vaccine coverage evaluation [29,30]. Our study also found that fewer Whites had received hepatitis B vaccination. This is in contrast to previous reports that have found a higher prevalence of vaccination in Whites compared to African Americans [14,22,24].

4.1. Strengths of the Study

A significant strength of this study is that the data were from a nationally representative sample of the US, and the study participants were included from all race/ethnicity groups, including the Asian population, in the NHANES. This Asian population was not adequately sampled in the earlier NHANES [31,32]. Another major strength is the use of serological tests to define vaccine coverage rather than relying on self-reported data on vaccine coverage. Recall bias was avoided via these methods.

4.2. Limitations of the Study

This was a cross-sectional study; hence, causality of the study finding cannot be claimed. We could not investigate prevalence and vaccine coverage among high-risk populations. Additionally, the findings of this study cannot be applied to institutionalized adult populations.

Despite certain limitations, the study showed a low prevalence of vaccine coverage among all races/ethnic groups, including Whites, in the general adult population. In a previous study, it was noted that HBV vaccine coverage was also low in high-risk adults [33]. Although the vaccine is safe and very effective against HBV infection, it has not yet reached the recommended level by Healthy People 2020. Therefore, the sequence of HBV infection is one of the major contributing factors for liver cancer death, whose rate is growing faster than the death rates for all other types of cancer [34]. Hence, the HBV vaccine is an essential prevention strategy to prevent liver cirrhosis, cancer, liver failure, and death. Actions are needed to improve vaccine coverage. Public health professionals should raise awareness of vaccine coverage among populations who did not receive the vaccine during their early life. Several studies suggest that sexually transmitted disease clinics, correction facilities, syringe exchange programs, soup kitchens, and drug treatment centers are useful targets for successful implementation of the HBV vaccine on a large scale [6,11].

The authors gratefully acknowledge the travel support provided by Jackson State University for presenting the study results at the APHA 2019 conference. Authors are also grateful to CDC for public access to the NHANES dataset. 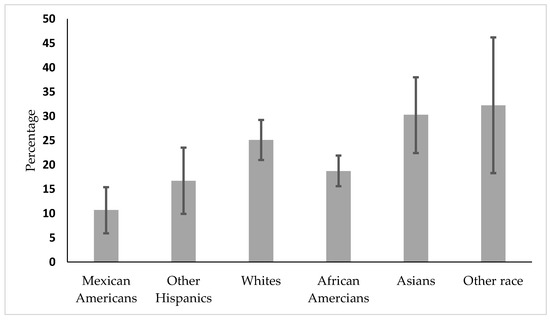 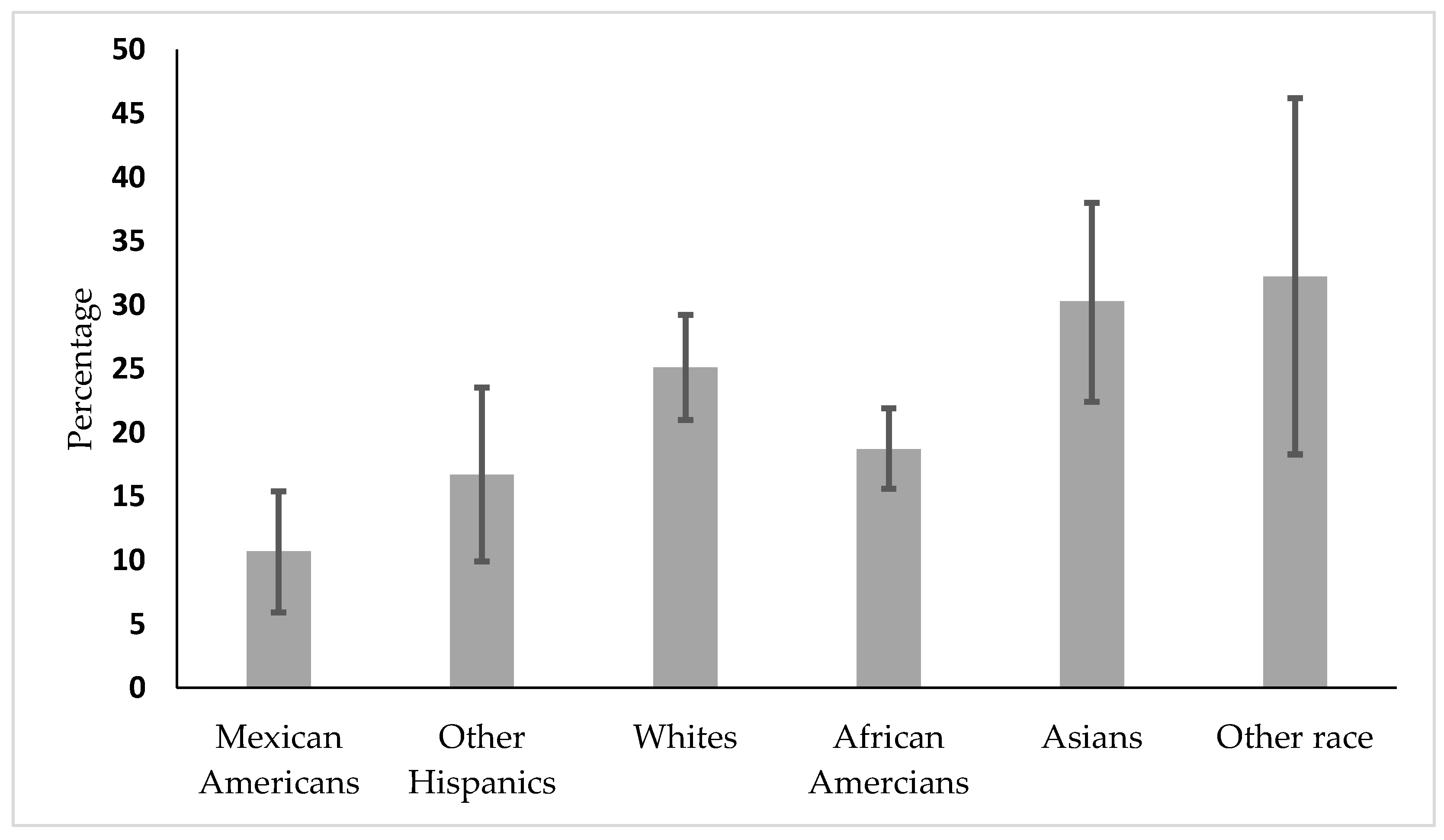 Table 3. Predictor of vaccine coverage by demographic variables.
Table 3. Predictor of vaccine coverage by demographic variables.
© 2020 by the authors. Licensee MDPI, Basel, Switzerland. This article is an open access article distributed under the terms and conditions of the Creative Commons Attribution (CC BY) license (http://creativecommons.org/licenses/by/4.0/).
We use cookies on our website to ensure you get the best experience. Read more about our cookies here.
Accept
We have just recently launched a new version of our website. Help us to further improve by taking part in this short 5 minute survey here. here.
Never show this again