The Microbiome as a Therapeutic Target for Multiple Sclerosis: Can Genetically Engineered Probiotics Treat the Disease?
Previous Article in Special Issue

Perceptions on Adherence to Dietary Prescriptions for Adults with Chronic Kidney Disease on Hemodialysis: A Qualitative Study

Evaluation of Plasma Circulating Cell Free DNA Concentration and Integrity in Patients with Prostate Cancer in Jamaica: A Preliminary Study 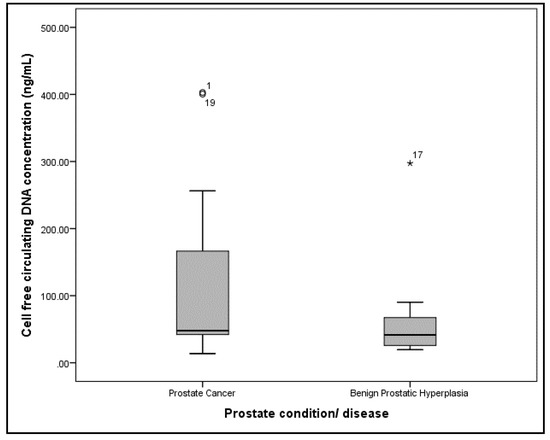