An Assessment of Spatial Pattern Characterization of Air Pollution: A Case Study of CO and PM2.5 in Tehran, Iran
Previous Article in Journal

Many factors impact a city’s water consumption, including population distribution, average household income, water prices, water conservation programs, and climate. Of these, however, meteorological effects are considered to be the primary determinants of water consumption. In this study, the effects of climate on residential water consumption in Las Vegas, Nevada, were examined during the period from 1990 to 2014. The investigations found that climatic variables, including maximum temperature, minimum temperature, average temperature, precipitation, diurnal temperature, dew point depression, wind speed, wind direction, and percent of calm wind influenced water use. The multivariate autoregressive integrated moving average (ARIMAX) model found that the historical data of water consumption and dew point depression explain the highest percentage of variance (98.88%) in water use when dew point depression is used as an explanatory variable. Our results indicate that the ARIMAX model with dew point depression input, and average temperature, play a significant role in predicting long-term water consumption rates in Las Vegas. The sensitivity analysis results also show that the changes in average temperature impacted water demand three times more than dew point depression. The accuracy performance, specifically the mean average percentage error (MAPE), of the model’s forecasting is found to be about 2–3% from five years out. This study can be adapted and utilized for the long-term forecasting of water demand in other regions. By using one significant climate factor and historical water demand for the forecasting, the ARIMAX model gives a forecast with high accuracy and provides an effective technique for monitoring the effects of climate change on water demand in the area. View Full-Text
Keywords: climate change; urban water demand; long-term forecasting; time-series analysis; ARIMAX; transfer function; semi-arid region; Las Vegas climate change; urban water demand; long-term forecasting; time-series analysis; ARIMAX; transfer function; semi-arid region; Las Vegas
►▼ Show Figures 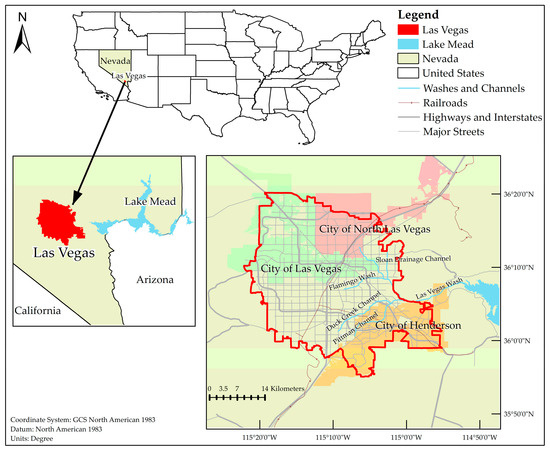