Freshwater lakes supply a large amount of inland water resources to sustain local and regional developments. However, some lake systems depend upon great fluctuation in water surface area. Poyang lake, the largest freshwater lake in China, undergoes dramatic seasonal and interannual variations. Timely monitoring of Poyang lake surface provides essential information on variation of water occurrence for its ecosystem conservation. Application of histogram-based image segmentation in radar imagery has been widely used to detect water surface of lakes. Still, it is challenging to select the optimal threshold. Here, we analyze the advantages and disadvantages of a segmentation algorithm, the Otsu Method, from both mathematical and application perspectives. We implement the Otsu Method and provide reusable scripts to automatically select a threshold for surface water extraction using Sentinel-1 synthetic aperture radar (SAR) imagery on Google Earth Engine, a cloud-based platform that accelerates processing of Sentinel-1 data and auto-threshold computation. The optimal thresholds for each January from 2017 to 2020 are , , and respectively, and the overall accuracy achieves after rectification. Furthermore, our study contributes to the update of temporal and spatial variation of Poyang lake, confirming that its surface water area fluctuated annually and tended to shrink both in the center and boundary of the lake on each January from 2017 to 2020. View Full-Text
Keywords: Poyang lake; Otsu method; Google Earth Engine; water occurrence; hydrological dynamics; water area changes Poyang lake; Otsu method; Google Earth Engine; water occurrence; hydrological dynamics; water area changes
►▼ Show Figures 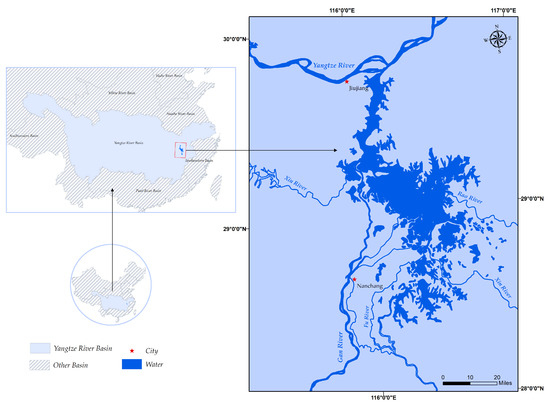