Examining Hotspots of Traffic Collisions and their Spatial Relationships with Land Use: A GIS-Based Geographically Weighted Regression Approach for Dammam, Saudi Arabia

Regional terrain complexity assessment (TCA) is an important theoretical foundation for geological feature identification, hydrological information extraction and land resources utilization. However, the previous TCA models have many disadvantages; for example, comprehensive consideration and redundancy information analysis of terrain factors is lacking, and the terrain complexity index is difficult to quantify. To overcome these drawbacks, a TCA model based on principal component analysis (PCA) and a geographic information system (GIS) is proposed. Taking Jiangxi province of China as an example, firstly, ten terrain factors are extracted using a digital elevation model (DEM) in GIS software. Secondly, PCA is used to analyze the information redundancy of these terrain factors and deal with data compression. Then, the comprehensive evaluation of the compressed terrain factors is conducted to obtain quantitative terrain complexity indexes and a terrain complexity map (TCM). Finally, the TCM produced by the PCA method is compared with those produced by the slope-only, the variation coefficient and K-means clustering models based on the topographic map drawn by the Bureau of Land and Resources of Jiangxi province. Meanwhile, the TCM is also verified by the actual three-dimensional aerial images. Results show that the correlation coefficients between the TCMs produced by the PCA, slope-only, variable coefficient and K-means clustering models and the local topographic map are 0.894, 0.763, 0.816 and 0.788, respectively. It is concluded that the TCM of the PCA method matches well with the actual field terrain features, and the PCA method can reflect the regional terrain complexity characteristics more comprehensively and accurately when compared to the other three methods. View Full-Text
Keywords: terrain complexity assessment; digital elevation model; principal component analysis; variation coefficient method; K-means clustering; geographic information system terrain complexity assessment; digital elevation model; principal component analysis; variation coefficient method; K-means clustering; geographic information system
►▼ Show Figures 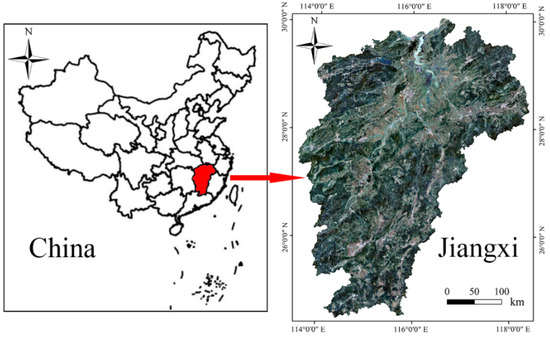