Research efforts focusing on better understanding and capture of mortality progression over the time are considered to be of significant interest in the field of demography. On a demographic basis, mortality can be expressed by different physical parameters. The main objective of this study is the assessment and mapping of four such parameters at the European scale, during the time period 1993–2013. Infant mortality (parameter θ), population aging (parameter ξ), and individual and population mortality due to unexpected exogenous factors/events (parameter κ and λ, respectively) are represented from these parameters. Given that their estimation is based on demographics by age and cause of death, and in order to be examined and visualized by gender, time-specific mortality and population demographic data with respect to gender, age, and cause of death was used. The resulting maps present the spatial patterns of the estimated parameters as well as their variations over the examined period for both male and female populations of 22 European countries in all. View Full-Text
Keywords: human mortality; parameter; spatio-temporal variations; mapping; European scale human mortality; parameter; spatio-temporal variations; mapping; European scale
►▼ Show Figures 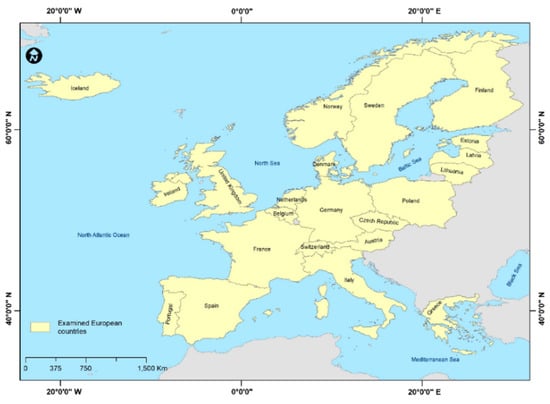