Impacts of Agroclimatic Variability on Maize Production in the Setsoto Municipality in the Free State Province, South Africa
Next Article in Special Issue

This study addresses the long-term rainfall trends, their temporal variability and uncertainty over mainland Portugal, a small country on the most western European coast. The study was based on monthly, seasonal and annual rainfall series spanning for a period of 106 years, between October 1913 and September 2019 (herein after referred to as global period), at 532 rain gauges evenly distributed over the country (c.a. 6 rain gauges per 1000 km). To understand the rainfall behavior over time, an initial sub-period with 55 years and a final sub-period with 51 years were also analyzed along with the global period. The trends identification and the assessment of their magnitude were derived using the nonparametric Mann-Kendall (MK) test coupled with the Sen’s slope estimator method. The results showed that after the initial sub-period with prevailing increasing rainfall, the trends were almost exclusively decreasing. They were also so pronounced that they counterbalanced the initial rainfall increase and resulted in equally decreasing trends for the global period. The study also shows that approximately from the late 1960s on, the rainy season pattern has changed, with the last months prior to the dry season showing a sustained decrease of their relative contributions to the annual rainfalls. Overall, the results support the hypothesis of less uncertainty on the pronounced decrease of rainfall over mainland Portugal in recent years, which is expected to continue. They also show that the asymmetry between a less wet North, yet still wet, and an arid South is becoming much more marked. View Full-Text
Keywords: climate change; mainland Portugal; rainfall trends; Mann-Kendall test; Sen’s slope test climate change; mainland Portugal; rainfall trends; Mann-Kendall test; Sen’s slope test
►▼ Show Figures 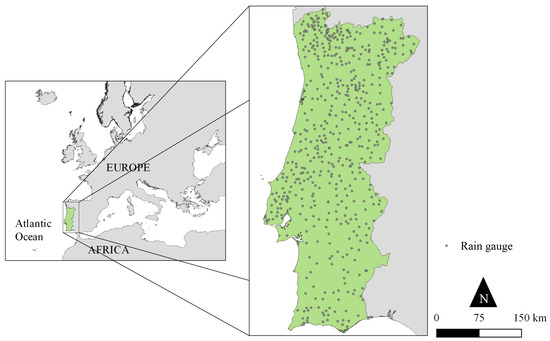