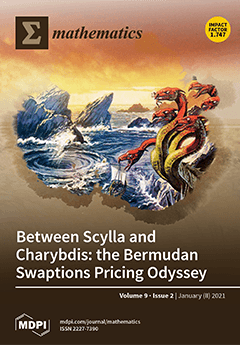 Cover Story (view full-size image): Dariusz Gatarek and Juliusz Jabłecki review the main ideas and numerical techniques underlying single- and multifactor models for pricing Bermudan swaptions and develop a new approach based on the idea that for the purposes of swaption pricing, a potentially complex and multidimensional process for the underlying swap rate can be collapsed into a one-dimensional process. View this paper.
Previous Issue
Volume 9, January-1
Next Issue
Volume 9, February-1
We use cookies on our website to ensure you get the best experience. Read more about our cookies here.
Accept
We have just recently launched a new version of our website. Help us to further improve by taking part in this short 5 minute survey here. here.
Never show this again