Genesis, Procedures, Attrition Rate and Major Reasons for Missing Measurement Session by the Study Participants in the Ellisras Longitudinal Study

Preschool children consume diets inadequate to meet their macro and micronutrient requirements, which ultimately affect their nutritional status due to lack of dietary diversity. A cross sectional study was conducted to investigate the association between dietary diversity scores (DDS) and the nutritional status of 379 preschool children in North West Province of South Africa. A 24 h qualitative recall by mothers of their children’s food consumption was used to calculate DDS based on 12-foods groups following Food and Agriculture Organization protocols. DDS was calculated by counting each of 12-food groups and classified as low (≤4), medium (5–8) and high (9–12). The weight and height of children were measured and height-for-age (HAZ), weight-for-age (WAZ) and BMI-for-age (BAZ) z-scores were calculated based on 2006 WHO standards. Stunting, underweight and thinness were defined as HAZ, WAZ and BAZ < −2SD, respectively. Linear and logistic regression analyses were used to assess the association between DDS and the nutritional indicators. Mean age for children was 4 ± 0.7 years, and the prevalence of stunting (29%), underweight (13%) and thinness (6%) was observed. Mean DDS was 4.39 ± 1.55 out of 12-food groups, with a prevalence of 61% and 39% for low and medium DDS, respectively. Cereals (100%) accounted for the main food group consumed, while fish and other seafood (17%) were the least consumed. Consumption of a diversified diet was associated with lower odds of being stunted [AOR = 0.25, 95%CI: 0.10 to 0.92] among the four-year olds, while in the unadjusted model, 5-year-olds had lower odds of being underweight [OR = −0.32, 95%CI: −0.57 to 0.07]. The findings of this study reinforce the importance of continued nutrition education of mothers, caregivers and preschool staff on the need to ensure consumption of diverse food sources in order to improve the nutritional status of children. Further studies are recommended on the association of DDS with the nutritional status, and factors associated with low dietary diversity among preschool children. View Full-Text
Keywords: dietary diversity; nutritional status; preschool children; peri-urban; South Africa dietary diversity; nutritional status; preschool children; peri-urban; South Africa
►▼ Show Figures 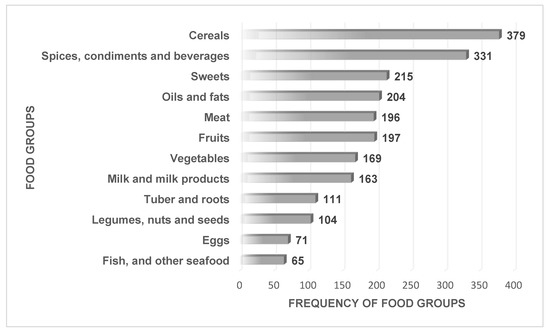