Nursing Perspective of the Humanized Care of the Neonate and Family: A Systematic Review

Understanding Suicide in Our Community through the Lens of the Pediatric ICU: An Epidemiological Review (2011–2017) of One Midwestern City in the US 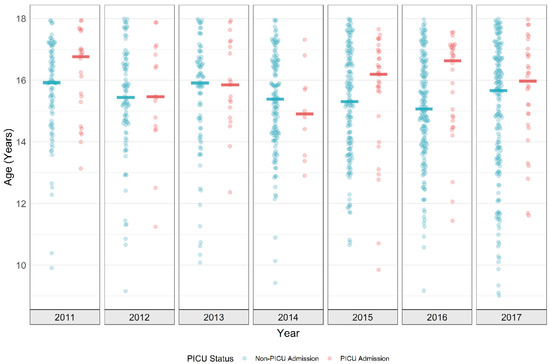 
Kampfschulte, Andrew, Matthew Oram, Alejandra M. Escobar Vasco, Brittany Essenmacher, Amy Herbig, Aniruddh Behere, Mara L. Leimanis-Laurens, and Surender Rajasekaran. 2021. "Understanding Suicide in Our Community through the Lens of the Pediatric ICU: An Epidemiological Review (2011–2017) of One Midwestern City in the US" Children 8, no. 2: 59. https://0-doi-org.brum.beds.ac.uk/10.3390/children8020059