Frontiers of Energy Storage and Conversion
Previous Article in Journal

Qualifying the Role of Indium in the Multiple-Filled Ce0.1InxYb0.2Co4Sb12 Skutterudite

This paper reports about a new synthesis method for preparing Mg2Si in an efficient way. The intermetallic Mg2Si-phase forms gradually from a mixture of Mg and Si fine powder during exposure to hydrogen atmosphere, which reacts in a vacuum vessel at 350 °C. The resulting powder has the same particle size (100 µm) compared with commercial Mg2Si powder, but higher reactivity due to large surface area from particulate morphology. Both types of powders were compacted by spark plasma sintering (SPS) experiments at 627, 602, 597, and 400 °C for 600 s with a compaction pressure of 80 MPa. The thermoelectric characterization was performed with low and high temperature gradients of ΔT = 10 K up to 600 K. The results confirmed a Seebeck coefficient of −0.14 mV/K for specimens sintered from both powders. The small difference in total performance between purchased and produced power is considered to be due to the effect of impurities. The best values were obtained for n-type Mg2Si doped with 3% Bi yielding a Seebeck coefficient of −0.2 mV/K, ZT = 0.45) and electric output power of more than 6 µW. View Full-Text
Keywords: thermoelectrics; silicide; hydrogen sorption; microstructure; power generation; Seebeck coefficient thermoelectrics; silicide; hydrogen sorption; microstructure; power generation; Seebeck coefficient
►▼ Show Figures 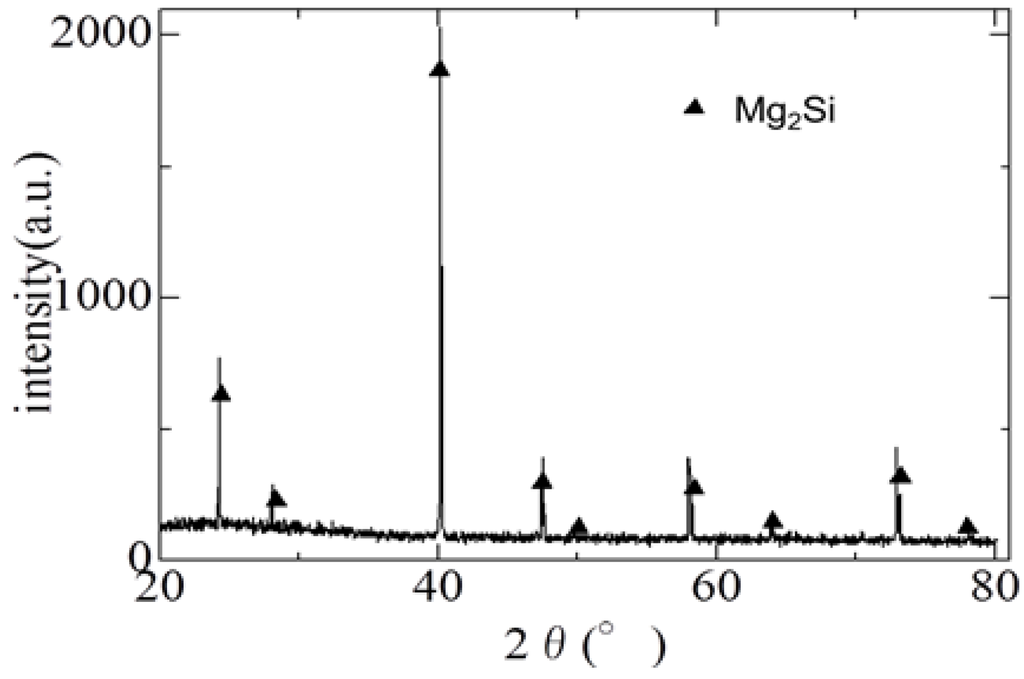