Influence of Freeze-Dried Yeast Starter Cultures on Volatile Compounds of Tchapalo, a Traditional Sorghum Beer from Côte d’Ivoire
Next Article in Special Issue

Saccharomyces cerevisiae in the Production of Fermented Beverages

Saccharomyces species in the Production of Beer

The characteristic flavour and aroma of any beer is, in large part, determined by the yeast strain employed and the wort composition. In addition, properties such as flocculation, wort fermentation ability (including the uptake of wort sugars, amino acids, and peptides), ethanol and osmotic pressure tolerance together with oxygen requirements have a critical impact on fermentation performance. Yeast management between fermentations is also a critical brewing parameter. Brewer’s yeasts are mostly part of the genus Saccharomyces. Ale yeasts belong to the species Saccharomyces cerevisiae and lager yeasts to the species Saccharomyces pastorianus. The latter is an interspecies hybrid between S. cerevisiae and Saccharomyces eubayanus. Brewer’s yeast strains are facultative anaerobes—they are able to grow in the presence or absence of oxygen and this ability supports their property as an important industrial microorganism. This article covers important aspects of Saccharomyces molecular biology, physiology, and metabolism that is involved in wort fermentation and beer production. View Full-Text
Keywords: amino acids; ethanol; fermentation; malt; peptides; Saccharomyces species; sugars; wort; yeast amino acids; ethanol; fermentation; malt; peptides; Saccharomyces species; sugars; wort; yeast
►▼ Show Figures 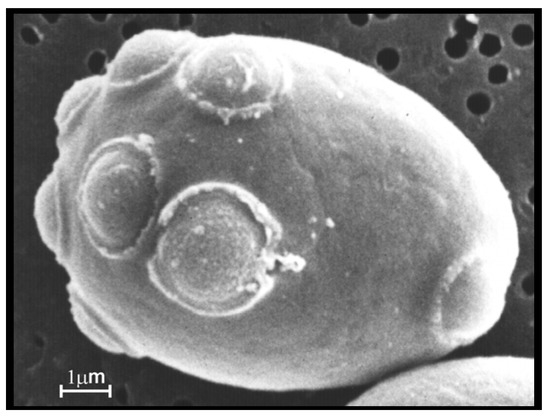