The Influence of Bottle Design on Perceived Quality of Beer: A Conjoint Analytic Study
Previous Article in Special Issue

Nowadays, taking into consideration the current dynamics of development of drug resistance many researchers are working to create new antimicrobial compound combinations for food and beverage industry, which can overcome the problem.
Lactic acid bacteria (LAB) strains are used as technological starters for food preparation because of their important characteristics, especially their antimicrobial properties. Also, LAB can improve sensory properties, as well as nutritional value of food products [1]. Most of the LAB strains’ antimicrobial properties can be explained by their excretion of different compounds, such as organic acids, bacteriocin-like inhibitory substance (BLIS), and enzymes [2]. The incorporation of fermented foods and beverages to the main diet is a very important part of balanced nutrition, because fermented foods and beverages have many benefits for consumer health [3]. Functional beverages could be a healthy alternative in human nutrition. Also, for their preparation, food industry byproducts could be used. Our previous studies showed that fermented milk permeate beverage prototypes with selected LAB strains contained galactooligosaccharides (GOS) (from 8.7 to 26.8 mgGOS/100mLsample) [4]. The above-mentioned study proved a real possibility for milk permeate sustainable valorization to the fermented beverages of higher functional value.
Also, the nutritional value of fermented milk permeate beverages can be further improved by adding natural functional additives. Our previous studies revealed that berries and fruits possess a wide spectrum of antimicrobial properties against pathogenic and opportunistic bacterial strains [1].
In this study, gooseberries, chokeberries, cranberries, sea buckthorn, and rhubarb were selected as popular berries/vegetables (B/V) in the Nordic European diet.
Gooseberry, widely cultivated in Europe, belongs to the Ribes L. genus and the Saxifrgaaceae family [5]. The composition of this berry is very attractive, as it contains many nutrients, various sugars, organic acids, anthocyanins, inorganic micro- and macro-elements, and vitamins, as well as various amino acids [6]. For this reason, gooseberry is an important stock for the food industry. Gooseberry is rich in vitamin C, containing 200 mg/100 g [7]. Furthermore, these berries are rich in flavonoids, which have many desirable properties (antioxidant, diseases prevention, etc.) [7]. In addition, gooseberry is rich in iron and iodine, which are associated with a lowered risk of atherosclerosis. Gooseberry is used for the prevention of dysentery, foot pain, arthritis, bone dysplasia, and kidney diseases [7]. For above-mentioned reasons, gooseberry is a considered a medicinal plant [8].
Black chokeberry (Aronia melanocarpa) is a fruit with specific taste and dark color, known as a very good source of phenolics, which are associated with many health benefits [9]. The chemical composition of black chokeberries, as well as their desirable effects on human health, have been very popular subjects of investigation [9,10,11,12]. The main biological active compounds in black chokeberry are anthocyanins, proanthocyanidins, and hydroxycinnamic acids, whereas quercetin, quercetin glycosides, and epicatechin are minor components [9,10]. A previous study found that black chokeberry and its extracts possess cardioprotective, hepatoprotective, anticarcinogenic, antidiabetic, antimutagenic, and many other effects [9].
Cranberries have a unique flavor and very intense reddish-purple color [13]. Cranberries sensory properties are related to their composition, which is rich in anthocyanin pigments [14,15]. The procyanidins of cranberries possess protective effects against urinary tract infections and cardiovascular diseases [14,16].
Sea buckthorn plant (Hippophae rhamnoides) belongs to the Hippophae genus and to the Elaeagnaceae family, and extracts of the different botanical parts of sea buckthorn are very popular in pharmaceutical preparations. Sea buckthorn is a good source of lipids, vitamins, phenolics, carotenoids, phytosterols, and tocopherols [17]. Sea buckthorn seeds and oils are used for the prevention of gastric ulcers [18], cardiovascular diseases [19], atopic dermatitis [20], dry mouth in Sjogren Syndrome patients [21], and depression [22]. Additionally, this plant and its products possess a wide range of desirable effects, including the effective regeneration of skin and mucous membranes, improved immune functions, reduced oxidation, and a lowered risk of cardiovascular diseases [23].
Rhubarb (Rheum rhabarbarum L.) is characterized by strong antioxidant properties. However, this plant is cultivated only for its petiole [24,25], because its leaves have a toxic oxalic acid [26]. In Europe, it is cultivated mainly in Germany, France, and England [27]. Rhubarb stalks are used for food and drink preparation, as well as in traditional medicine for the treatment of gastrointestinal hemorrhage and constipation jaundice [28]. A previous study found that this plant has anticancer properties [29]. However, it should be mentioned that the consumption of rhubarb in large quantities can lead to adverse effects, which are associated with accumulation of calcium in the body [26].
Finally, we hypothesized that the combination of the selected B/V with fermented milk permeate beverages can increase antimicrobial properties of the end-product.
The aim of this study was to evaluate antimicrobial properties of milk permeate fermented with Lactobacillus plantarum LUHS135, Lactobacillus plantarum LUHS122, and Lactobacillus faraginis LUHS206 strains milk permeate in combination with B/V pomace (gooseberries, chokeberries, cranberries, sea buckthorn, rhubarb) against a variety of pathogenic strains (methicillin-resistant Staphylococcus aureus, Citrobacter freundii, Klebsiella pneumoniae, Salmonella enterica, Bacillus cereus, Pseudomonas aeruginosa, Acinetobacter baumanni, Proteus mirabilis, Enterococcus faecalis, Enterococcus faecium, Streptococcus mutans, Streptococcus epidermis, Staphylococcus haemolyticus, Pasteurella multocida, and Enterobacter cloacae) as a potential antimicrobial combination for beverage preparation.

2.1. Berries/Vegetables and Lactic Acid Bacteria Strains Used for the Development of Antimicrobial Combinations

The B/V used for the development of antimicrobial combinations included gooseberries, chokeberries, cranberries, sea buckthorn, and rhubarb. The B/V obtained from the local supermarket in Kaunas (Lithuania). All the used B/V were grown in Lithuania by local farmers. B/V were crushed with a blender, and the prepared pomace (from each B/V) was used for the development of antimicrobial beverage combinations. The Lactobacillus plantarum LUHS135, Lactobacillus plantarum LUHS122, and Lactobacillus faraginis LUHS206 strains were selected according to their carbohydrate fermentation, antimicrobial, and antifungal characteristics [30]. Pure LAB strains were stored at −80 °C in a Microbank system (Pro-Lab Diagnostics, Merseyside, UK) and grown in the Man, Rogosa and Sharpe (MRS) broth (CM 0359, Oxoid, Hampshire, UK) under anaerobic conditions, at 30 °C for 48 h, prior to use. Selected LAB strains were used for beverages based on milk permeate preparation, as described by Zokaityte et al. (2020) [4]. Our previous studies showed that the fermentation with different LABs, as well as addition of apple byproducts, improved the sensory perception of the final fermented beverages and increased the acceptability [4]. The viable LAB count in fermented milk permeate beverages was higher than 6.7 log10 CFU mL−1. The Lactobacillus plantarum LUHS135, Lactobacillus plantarum LUHS122, and Lactobacillus faraginis LUHS206 were incubated and multiplied in MRS broth culture medium (Biolife, Milan, Italy) at 30 °C under anaerobic conditions. A total of 3% (vinnoculum/vmilk permeate) of LAB with a cell concentration of 9.2 log10 CFU mL−1 was inoculated in milk permeate, followed by anaerobic fermentation for 48 h at 30 °C. After fermentation, 15% (vB/V/vmilk permeate) of B/V pomace in milk permeate-based beverage was added.
The parameters of the nonfermented milk permeate are shown in Supplementary Materials Tables S1–S3.

All B/V and their combinations with fermented milk permeate were assessed for their antimicrobial activities against a variety of 15 pathogenic and opportunistic bacterial field isolates, recently isolated from clinical material of different domestic animal species (methicillin-resistant Staphylococcus aureus M87fox, Citrobacter freundii, Klebsiella pneumoniae, Salmonella enterica 24SPn06, Bacillus cereus 18-01, Pseudomonas aeruginosa 17-331, Acinetobacter baumanni 17-380, Proteus mirabilis, Enterococcus faecalis 86, Enterococcus faecium 103, Streptococcus mutans, Streptococcus epidermis, Staphylococcus haemolyticus, Pasteurella multocida, Enterobacter cloacae) by the agar well diffusion method. For the agar well diffusion assay, suspensions of 0.5 McFarland standard of each pathogenic bacteria strain were inoculated onto the surface of cooled Mueller–Hinton agar (Oxoid, Basingstoke, UK) using sterile cotton swabs. Wells of 6 mm in diameter were punched in the agar and filled with 50 µL of the B/V. The antimicrobial activities against the tested bacteria were established by measuring the inhibition zone diameters (mm). The experiments were repeated three times, and the average of the inhibition zones was calculated. The antimicrobial activities against the tested bacteria were established by measuring the diameters of inhibition zone diameter of inhibition zones (DIZ) in mm [1,30]. The experiment design is shown in Figure 1.
The experiments were made in triplicate and the average and standard deviation of the DIZ were calculated.

All analysis was performed at least in triplicate (n = 3) and were expressed as the average ± standard deviation. Results were analyzed via one-way analysis of variance (one-way ANOVA) using statistical package SPSS for Windows XP version 15.0 (SPSS Inc., Chicago, IL, USA, 2007). The results were recognized as statistically significant if p ≤ 0.05.

The highest number of tested pathogenic and opportunistic strains was inhibited by gooseberries, sea buckthorn, and rhubarb combinations with LUHS122 (13 pathogens out of 15 tested). Twelve out of 15 tested pathogens were inhibited by gooseberry, sea buckthorn, and rhubarb combinations with LUHS135 and LUHS206, as well with LUHS135 and LUHS206 strains. Finally, selected B/V in combination with fermented milk permeate is a promising antimicrobial beverage, possessing antimicrobial activity almost against all the tested pathogenic strains. The results showed that further research should be directed toward the mechanisms of action of different origin compounds (microbial and plant-based) on their antimicrobial activity explanation. 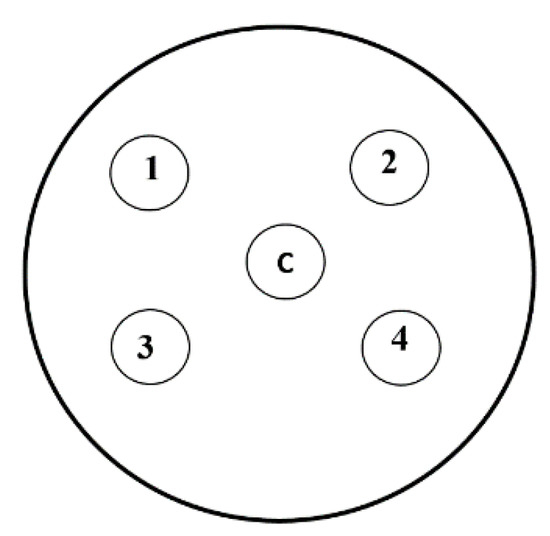 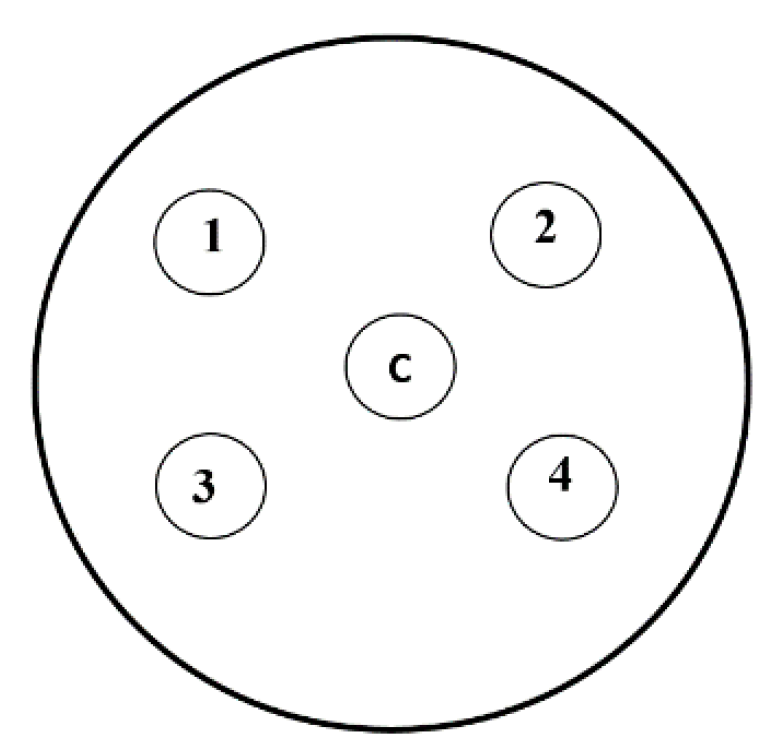 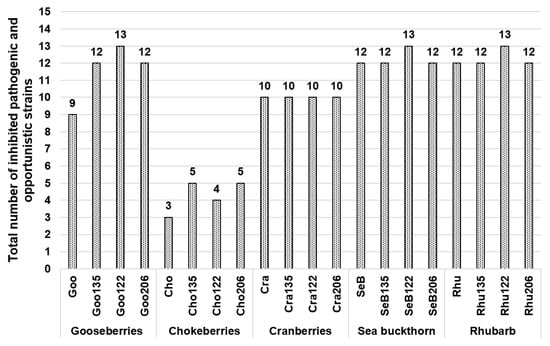 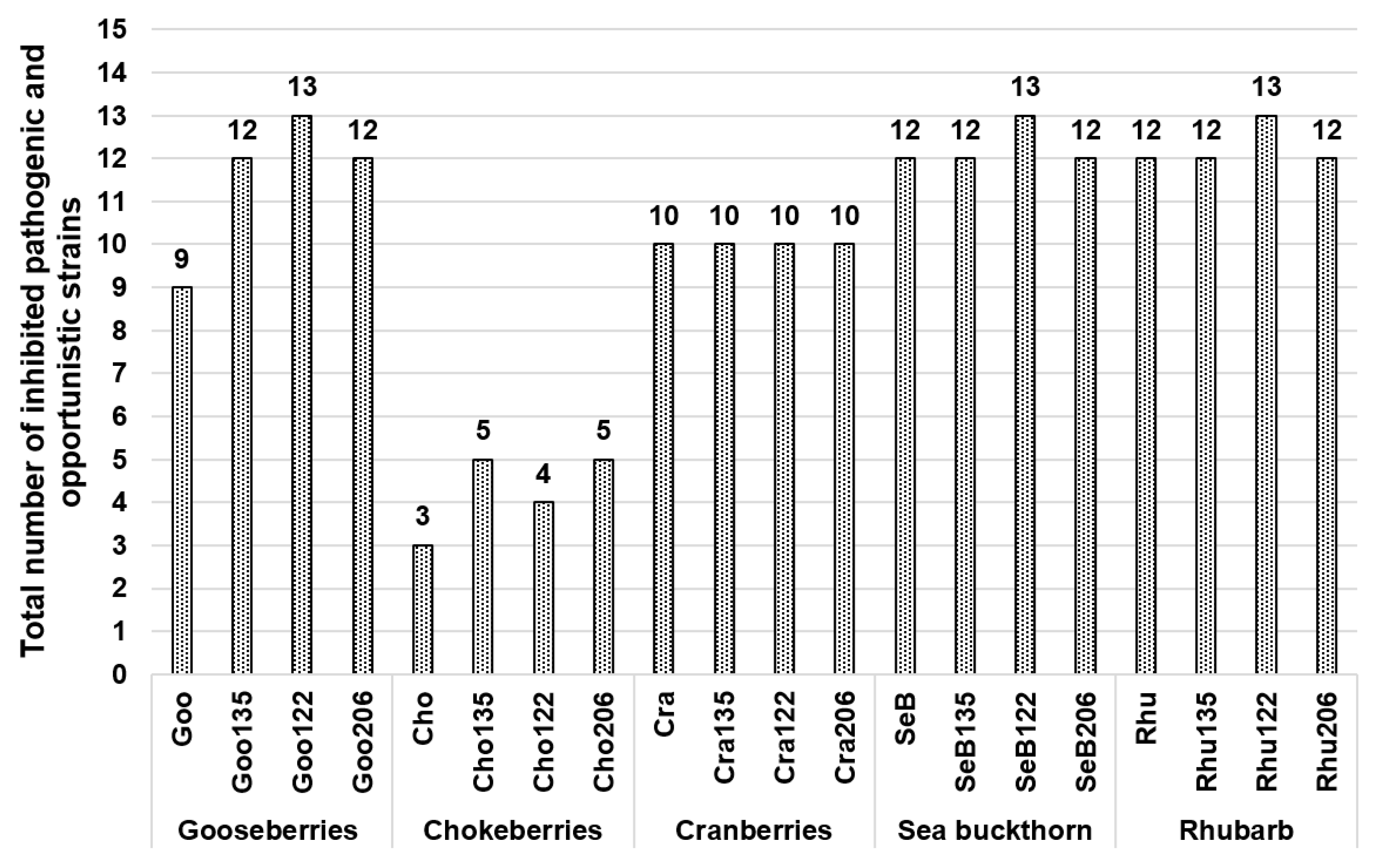