A wide range of astrophysical objects, such as the Sun, galaxies, stars, planets, accretion discs etc., have large-scale magnetic fields. Their generation is often based on the dynamo mechanism, which is connected with joint action of the alpha-effect and differential rotation. They compete with the turbulent diffusion. If the dynamo is intensive enough, the magnetic field grows, else it decays. The magnetic field evolution is described by Steenbeck—Krause—Raedler equations, which are quite difficult to be solved. So, for different objects, specific two-dimensional models are used. As for thin discs (this shape corresponds to galaxies and accretion discs), usually, no-z approximation is used. Some of the partial derivatives are changed by the algebraic expressions, and the solenoidality condition is taken into account as well. The field generation is restricted by the equipartition value and saturates if the field becomes comparable with it. From the point of view of mathematical physics, they can be characterized as stable points of the equations. The field can come to these values monotonously or have oscillations. It depends on the type of the stability of these points, whether it is a node or focus. Here, we study the stability of such points and give examples for astrophysical applications.
Keywords: dynamo; no-z approximation; stability; discs dynamo; no-z approximation; stability; discs

2. Basic Equations of the No-z Approximation

The large-scale magnetic field evolution is described by the Steenbeck—Krause—Raedler equation [12]: where is the large-scale magnetic field, is the alpha-effect coefficient, is the large-scale velocity, and is the turbulent diffusion coefficient.
If we are speaking about the objects that have the shape of the disc, we can take the cylindrical polar coordinates, and the disc will be described by the values:
We can assume that the field is mainly situated in the disc plane. We can also describe the axisymmetiric field. So, the main parts of the field are connected with the radial component and the azimuthal one [20]:
As for the alpha-effect coefficient, we can take the model (it can be obtained, for example, using self-similar model [21]): where is the characteristic value of the alpha-effect. It is connected with the Coriolis force in the rotating disc, which influences the turbulent velocity, and it can be described by the following simple estimates [16]: where is the length scale of the turbulence.
The alpha-effect coefficient can be constructed using the formulae [10], but for the case of the disc, it is proportional to the angular velocity of the object [16].
For the large-scale velocity, we can take the formula which is connected with the angular velocity
The equations of the field components can be written as [18]: where is the radial part of the Laplace operator.
The magnetic field cannot grow if it becomes larger than the equipartition value, which is described by the formula [19]: where is the typical turbulent velocity and is the typical density of the medium. If the magnetic field if close to the equipartition value, the growth should stop. There are different mechanisms of the alpha-effect quenching (for example, we can consider the helicity fluxes [22]), but for the simplest case, we can take the simple square term in the alpha-effect [23]. It can be taken into account using the following equations:
We can measure the magnetic fields in units of the distances in units of the outer radius of the object R and the times in units of So, the equations will be the following:
Here, characterizes alpha-effect, describes the differential rotation and shows the dissipation in the disc plane.

3. Stable Solutions of the Equations

The stable solution for the magnetic field can be obtained by assuming zero the time derivatives of the magnetic field components. We can assume that [18] (it corresponds to zero diffusion in the radial direction, but we take into account the main part connected with the vertical direction):
First, we can take the zero solution. However, it is much more interesting to take the following pairs of the solutions (which are called stable points): and
If we describe small perturbations of the field near these values, it is convenient to introduce the following functions:
The linearized equation for them will be the following [15]:
The perturbations grow according to the exponential law: where is the eigenvalue of the matrix of the system of Equations:
The character of the stable points is connected with the sign of the real part of (25). If it is negative, the point will be stable. We should say that if the value is complex, we will have the focus, and for purely real eigenvalues, the node will take place. If we have the node, the field will grow monotonously. For the focus, we shall have oscillations of the components of the magnetic field near the stable point.
The analysis of Formula (25) in the most general way is quite difficult. So, it is better to take concrete examples of the equations characterizing the specific rotation laws. In the following part, we are going to describe the solution for the Kepler rotation law, which can be used for the accretion discs surrounding such massive astrophysical objects as black holes, neutron stars and white dwarfs.

4. Stability for the Kepler Rotation Curve

As a specific example, we consider the Keplerian rotation curve, for which [4]: where M is the mass of the central object and G is the gravitational constant. It does not seem to take place in galactic cases widely, but has a special mathematical interest, and it can be suitable for other objects, such as the accretion discs [24].
Then, for such an angular velocity, we can use the no-z approximation [24], and the equations for stationary solutions will look like this:
After substitution into the equation, we obtain:
After transformation, we get such solutions of the equation:
Now, find the degree of growth:
We substitute such equations for perturbations of the stable solutions:
We open the brackets and neglect the terms of the second order of smallness and take Equations (26) and (27) into account:
To find the characteristic numbers, we construct a determinant and equate it to zero.
Let us introduce the notation:
Making up the characteristic equation and solving, we get such eigenvalues:
We can consider the radical expression:
The possibility that there will be a negative number under the root is described by the following condition:
In this case, the solution will reach a stationary value with fluctuations. Otherwise, there will be a monotonic output.
Thus, we got the function ; now, we can plot this function. We will be interested only in the area in which the value will be less than 1. Let us draw the corresponding level line. In addition, we draw a curve that will limit the growth region from the solution decay region. We get the following graphs (Figure 1), where case F < 1 is the decay region.
It is important to present concrete results, which can be useful to describe the regime of the magnetic field evolution in different cases. They are presented in Table 1 (all values are measured in dimensionless units). Here, we showed typical values of the parameters which can characterize different astrophysical objects, such as galaxies and accretion discs. It is quite interesting to analyze the observational data about the accretion discs. Here, we take binary systems with a white dwarf as a primary star. Using the values of the outer radii of the discs and their masses, we can calculate their typical angular velocities. The half-thicknesses of the discs and turbulent velocities can be estimated taking model assumptions, so we can calculate the governing parameters [24]. So, the result of analysis of observational data is included in Table 1 as well. We give the value of the function F and the growth rate of the magnetic field which can be calculated as , which can be used while estimating the magnetic field evolution in different cases.
The magnetic field evolution for different D is shown on Figure 2. Here, the magnetic field is measured in equipartition values, and so it is dimensionless. The growth of the magnetic field (if it is possible) is exponential on the first stage; after that, it is stabilized. However, if we take other models [21], we can obtain the power law.
Thus, we can see that the region of the oscillations of the magnetic field on the plot of the parameters fully corresponds to the decaying magnetic field. That means that the magnetic field can only grow monotonously, and for these values of the parameters, it is not possible to obtain the oscillating solutions.

We have studied the stability of the solutions of the system of dynamo equations in the no-z approximation, which describes the magnetic field generation in the discs. In the most general case, we have studied the stability of the solutions for different values of the parameters. Depending on the characteristics of the turbulence, we can have the focus (which is connected with monotonous growth) and the node (corresponding to oscillatory regime).
We have studied the concrete example of the model which corresponds to the Kepler rotation law. It was shown that for this case we can have only the monotonous solutions. Taking into account that such rotation law is connected with the accretion discs, it is necessary to say that for such objects, it is quite difficult to obtain the oscillatory regime, which is quite interesting from the observational point of view. However, for other objects, such as the galaxies, the numerical modeling shows [15] that the magnetic field can have oscillations near the stable points. It would be quite interesting to test such results both for the accretion discs and the galaxies.
Of course, we have described a simple model of the magnetic field generation. It is possible to take other models of the magnetic fields. One of the most interesting approaches is connected with the self-similar approach, which has been described in [21,29,30,31]. It describes the magnetic field using the equations taking into account the turbulent diffusion and the alpha-effect, which are solved analytically. For the simplest case, the steady magnetic field can be described by exact solutions containing the hyperbolic sine, which corresponds to the “X-type” field structure. A wide range of solutions can be found using the Lagrange functions and hypergeometric ones. The time dependence of the magnetic field is also studied. The solution is self-similar in time, and it can be described by the exponential or power law. Such an approach can be interesting, and it is useful to study the magnetic field in the main parts of the galaxies and in the halo as well. However, our model takes slightly different model assumptions (which are connected with a specific Keplerian rotation law), so the field components are described by Formulae (32) and (33). In general, the result in the equatorial plane is the same with the “X-type” magnetic field, but there are some remarkable differences.

Investigation, D.B.; methodology, E.M.; visualization, M.P. All authors have read and agreed to the publishing version of the manuscript.

The authors are grateful to D.D. Sokoloff for his advice and useful comments. 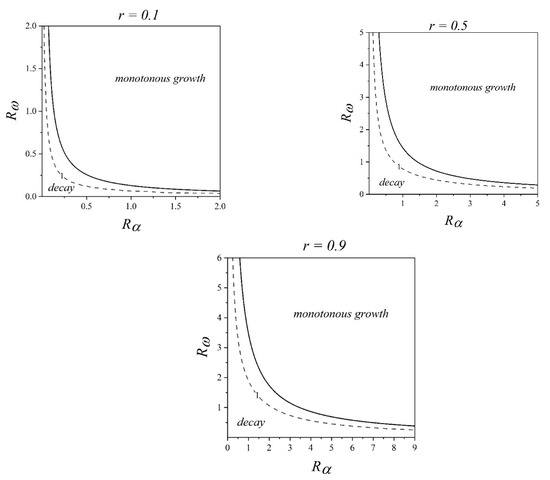 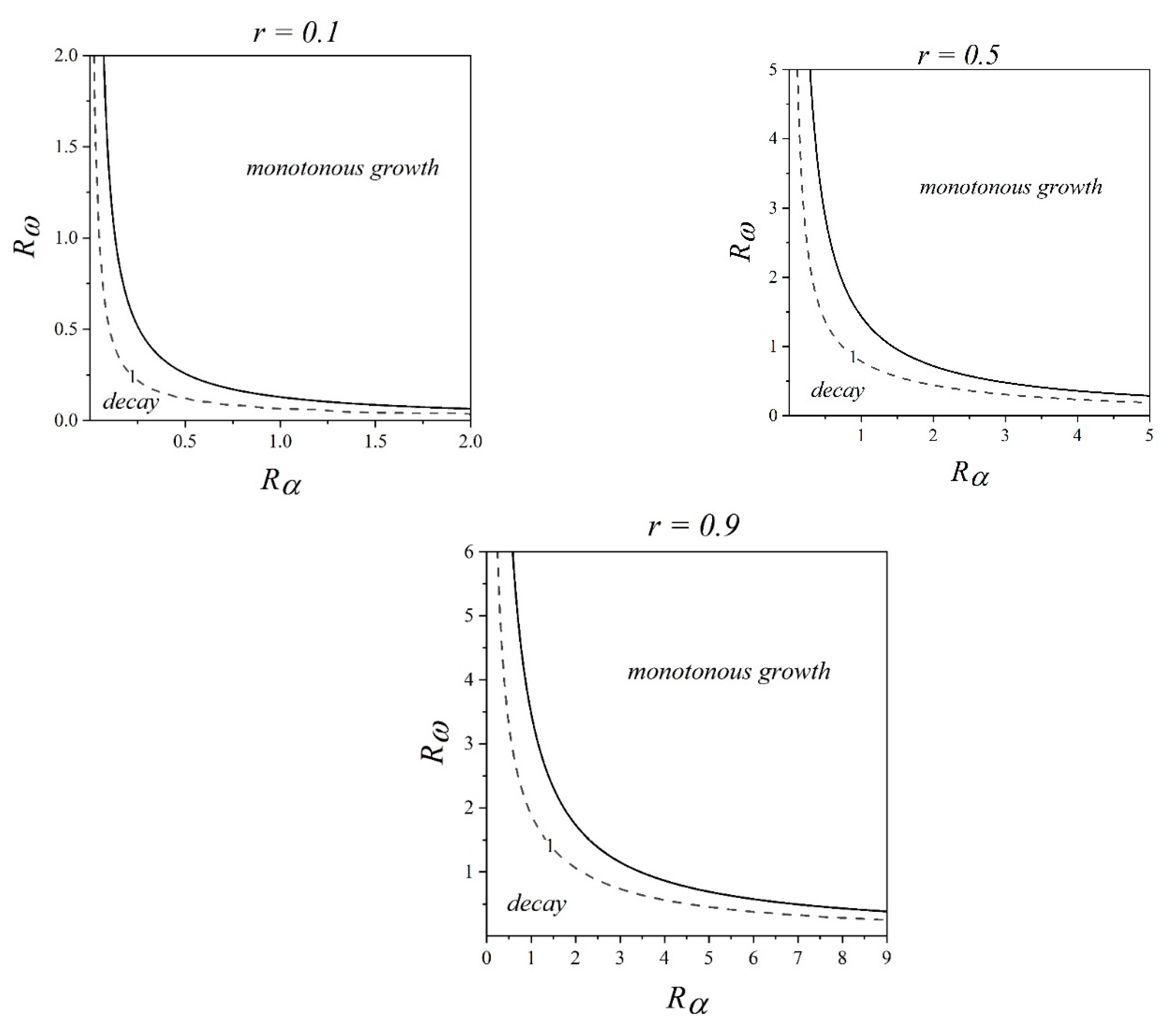 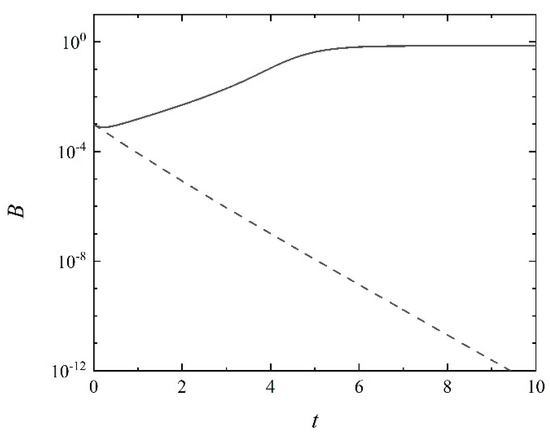 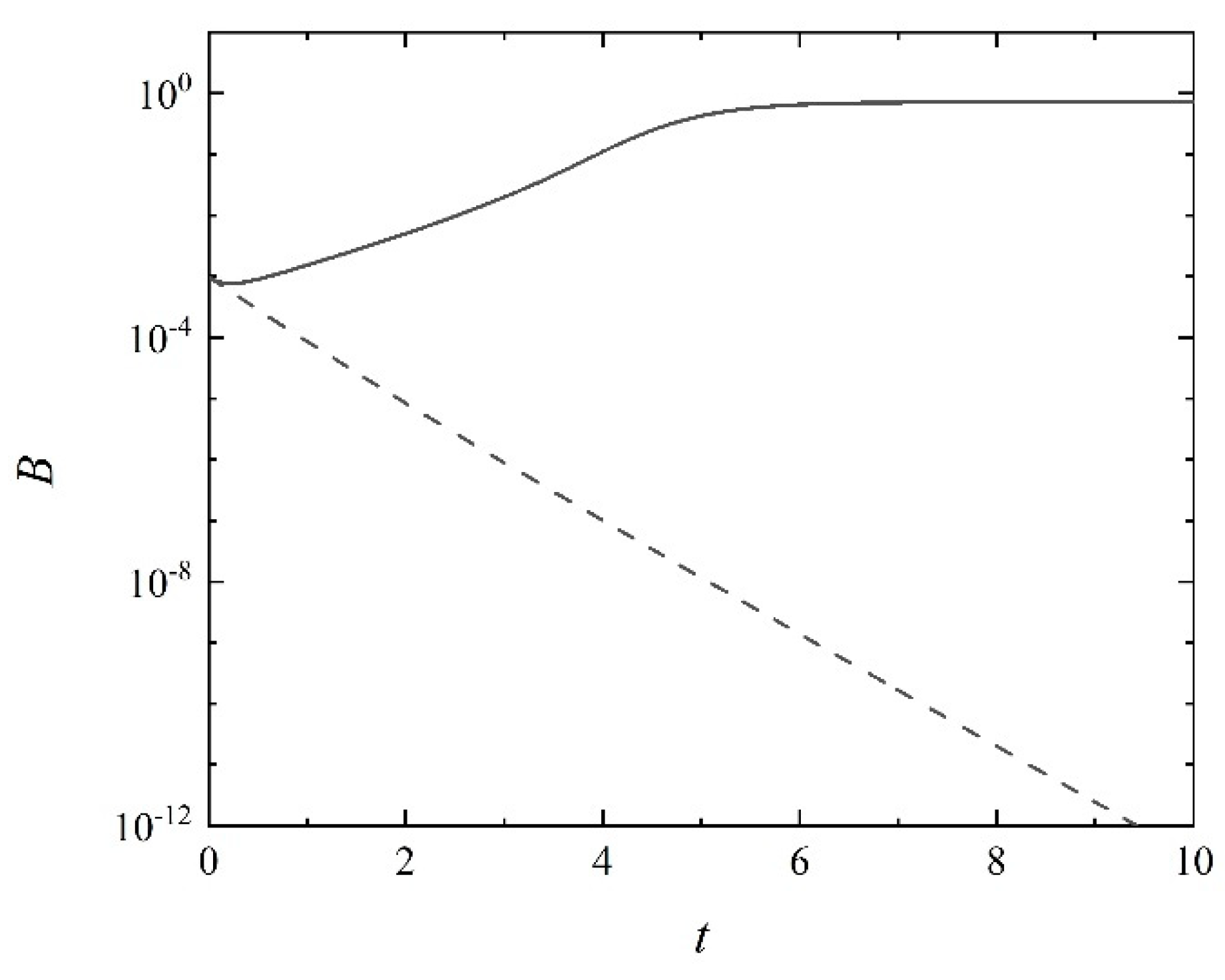 Table 1. Different regimes of the magnetic field evolution.
Table 1. Different regimes of the magnetic field evolution.
© 2021 by the authors. Licensee MDPI, Basel, Switzerland. This article is an open access article distributed under the terms and conditions of the Creative Commons Attribution (CC BY) license (http://creativecommons.org/licenses/by/4.0/).
We use cookies on our website to ensure you get the best experience. Read more about our cookies here.
Accept
We have just recently launched a new version of our website. Help us to further improve by taking part in this short 5 minute survey here. here.
Never show this again