Rapid urbanization is being increasingly recognized as a significant factor of environmental pollution across the world. However, the significance of sustainable urbanization in controlling both pollution and population remains either limited in scope, in the case of developed countries, or less researched, in the case of developing nations. To fill this gap, the present study employed both theoretical and empirical tools to investigate the significant link between sustainable urbanization, pollution and non-agricultural output. In order to empirically examine the supposed link among the key variables mentioned above, the present study considered a panel of the world’s top 20 polluting countries for the 1991–2018 period, which significantly includes both developed and developing nations. Panel vector error correction model and panel co-integration techniques were employed to derive the possible correlation between the variables through sustainable urbanization. Empirical findings show an absence of equilibrium relations among the three variables in the panel of developed countries. However, the study clearly finds that all the three indicators maintain long-run associations for the panel of developing countries. Furthermore, in the short run, the results determine unambiguously that there are significant causal interplays between any two sets of variables and the remaining one variable for both the panel data of developed and developing countries. On the other hand, short-run interplays among the variables we considered exist for both developed and developing economies. From the perspective of policy formulation, the present study shows that policy makers from both the developed and developing nations should be cautious before encouraging urbanization, at least in the short term. However, the combined effects in the short and long term suggest policy makers should be more careful before encouraging urbanization in developing economies. View Full-Text
Keywords: urbanization; pollution; sustainability; panel co-integration; VECM urbanization; pollution; sustainability; panel co-integration; VECM
►▼ Show Figures 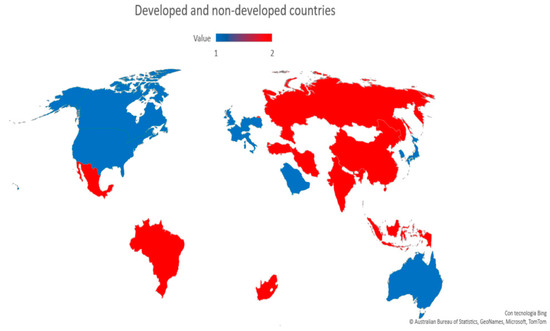