Removal of Lead by Oxidized Graphite

Lead ion adsorption on the surfaces of pristine and oxidized graphite is studied quantitatively using X-ray photoelectron spectroscopy (XPS) and standard electrochemical measurements. The XPS analysis confirmed the oxidation of graphite, yielding a final composite consisting of 15.97% of oxygen and 84.03% of carbon in comparison with the pristine graphite powder consisting of 6.13% oxygen and 93.87% carbon. The adsorption of lead (II) ion was confirmed by the peaks observed at 138 eV and 143.8 eV, associated with the emissions from Pb4f 7/2 and Pb4f 5/2, respectively. The effective concentration of Pb2+ ion and the optimum dosage of oxidized graphite were calculated to be 400 µM and 200 mg, respectively. Adsorption capacity of bare graphite was 41.18%, whereas that of oxidized graphite was 73.3%. The present results show that graphite oxide is a candidate material for the adsorption of Pb2+ ion from water.
Keywords: oxidized graphite; lead adsorption; XPS analysis; surface oxidized graphite; lead adsorption; XPS analysis; surface

The presence of heavy metals in waste water and industrial effluent is one of the major concerns for the environmental community and society at large [1]. Lead is one of the industrial pollutants entering the ecosystem through soil, air and water [2]. The main sources of lead from human activities include lead mining, smelting and the use of leaded gasoline lead-based paints and water pipes [3,4,5,6]. Lead (II) ion (Pb2+) is highly toxic at its exceeded level, responsible for intellectual disabilities in children and causes around 143,000 deaths annually in developing countries [7,8]. Furthermore, lead accumulates mainly in bones, brain, kidney and muscles, causing many serious disorders like anemia, kidney disease and nervous disorder [9,10]. The safe and efficient removal of lead is, thus, necessary to prevent it from causing harmful damage to the environment.
Removal of heavy metals from waste water has been achieved by using several methods such as adsorption, precipitation, electroplating, chemical coagulation, ion-exchange, membrane separation and electro kinetics [11,12,13,14,15,16]. Significant effort has been devoted to the removal heavy metals from waste water using adsorption as this method is an efficient and economical method [17,18]. A variety of sorbents, such as activated carbon [19], oxidized activated carbon [20], carbon nanotubes [21], oxidized carbon nanotubes [22], chemically modified carbon [23], synthetic oxide [24], oxide minerals [25] and agricultural based bio sorbents (stems, peels, husks, shells and leaves) [26,27,28], have been used extensively.
High surface area with active functional groups will lead to high active sites for the adsorption of Pb2+ ions. A variety of adsorbent materials containing different chemical functional groups, such as carbonyl, carboxylic, phenolic and aromatic groups, have been reported [29,30,31,32]. The presence of chemical functional groups such as carboxylic acid (-COOH) or alcohol (-OH) on the adsorbents will enhance the adsorption efficacy via dipole-dipole interaction such as cation π-bonding for Pb2+ adsorption [30,33]. The mechanism for the adsorption of lead ions onto okra wastes was reported to be either via ion exchange or the formation of hydroxyl complexes [34]. Adsorption efficacy of Pb2+ ions not only depends on the structure and chemical properties of the adsorbent, but also on initial concentration of the metal ions, the pH of the solution, the dose of adsorbent and the temperature [35,36]. For example, Alghamdi et al. [36] have shown that adsorption capacity of Pb2+ ions on the polypyrrole-based activated carbon increases with increase in concentration and decreases with increase in adsorbent dose.
Oxidized graphite is a candidate material to remove large concentration of heavy metals as it has larger surface area decorated with organic functional groups, such as phenolic, carboxylic, carbonyl, quinoyl and lactonyl groups. As these functional groups are polar, the adsorption capacity of heavy metals is expected to be high. Furthermore, graphite powder is an inexpensive naturally occurring material that can be used in developing countries to purify water from heavy metals which cause chronic diseases.
In this study, we use standard electrochemical studies to determine the concentration of Pb2+ ions and XPS to confirm the adsorption of Pb2+ ions.

In order to prepare stock solution of Pb2+ ions (5 mM), lead nitrate (Aldrich, St. Louis, MO, USA) was used. The graphite powder from Aldrich was directly used and the particle size of the graphite powder was less than 20 µm in diameter. A standard pH meter (PHS-W series microprocessor pH/mV meter, Shanghai, China) was used in all cases to measure the pH of the solutions. A computer controlled Metrohm Autolab potentiostat (Type of instrument PGSTAT 302N, Utrecht, The Netherlands) was used to record the electrochemical measurements. The three-electrode system in the autolab, consisted of a glassy carbon electrode (working electrode), a saturated silver-silver chloride (reference electrode) and a platinum electrode (counter electrode). For stirring solutions, a standard magnetic stirrer (IKA C-MAG HS7) was used. Using Omicron ESCA Probe spectrometer XPS analysis was carried out at Indian Institute of Technology, Madras, India. The Al Kα band (hν = 1486.7 eV) was used to determine the X-ray radiation. OriginPro 8 was used to analyze the resulting spectra.

In order to determine the linear range for the determination of Pb2+, a blank solution of pH 4.5 buffer (sodium acetate buffer solution of pH 4.5 was prepared by mixing 0.5 M sodium acetate and 0.5 M acetic acid) was used in the standard addition method. A 25.0 mL of the above buffer solution was taken in the cell and a glassy carbon electrode was dipped into the solution at a deposition potential of −1.1 V vs. saturated silver-silver chloride electrode and held for 120 s with stirring. Then the resulting solution was allowed for 10 s to reach equilibrium. Before each voltammogram potential was swept from −1.1 to −0.3 V at a scan rate of 0.1Vs−1 a potentials of +0.8 V was applied for 180 s as conditioning potential to remove the remaining deposits on the surface in the previous experiment (see Supplementary Materials). A linear detection range of 1–14 µM was produced by SWASV. Figure 1 shows the current versus potential graph of SWASV with standard addition of Pb2+ on glassy carbon electrode in a cell containing 25.0 mL acetate buffer solution (pH = 4.5) after a pre-concentration period of 120 s at −1.1 V and 10 s for equilibrium time. Figure 2 shows the standard addition plot of peak area from Figure 1 against added Pb2+ concentration (1–14 µM).
Optimum initial concentration was determined by stirring 100 mg of oxidized graphite with 10.0 mL of different concentration (50–500 µM) of Pb2+ solution for 30 min and the rest for 6 h. Using a suction pump mixtures were filtered and the standard addition method was used to determine the remaining Pb2+ ions in the filtrates.

2.4. Optimum Dosage of Oxidized Graphite for the Adsorption of Lead Ions (Pb2+)

Optimum dosage of oxidized graphite was determined by stirring 10.0 mL of 100 µM of Pb2+ solution with 100 mg, 200 mg, 300 mg and 400 mg of oxidized graphite for 30 min. Then the resultant solutions were then equilibrated for 6 h. Finally, filtration was carried out on the mixtures using a suction pump to determine the remaining Pb2+ ions in the filtrates. The difference between the initial and final amounts of Pb2+ ions is the amount of Pb2+ adsorbed on the oxidized graphite.

Using X-ray photoelectron spectroscopy (XPS) and standard electrochemical measurements, we examined the adsorption efficacy of Pb2+ ion on the surfaces of bare and oxidized graphite. The XPS measurement confirmed the oxidation of graphite with the final composite having 15.97% of oxygen and 84.03% of carbon, in comparison with the pristine graphite powder consisting of 6.13% oxygen and 93.87% carbon. The peaks, determined at 138 eV and 143.8 eV, associated with the emissions from Pb4f7/2 and Pb4f5/2, respectively, confirmed the adsorption of Pb2+ ions. The adsorption capacity of bare graphite was 41.18%, whereas that of oxidized graphite was 73.3%. This experimental study shows that oxidized graphite is a candidate material for the safe and effective capture of Pb2+ ions from waste water.

This research was funded by National Research Council, Sri Lanka.

The data created in this study are contained within the article and the corresponding supplementary material.

T. Pradeep from Indian Institute of Technology. Madras, India is acknowledged for the XPS spectra. 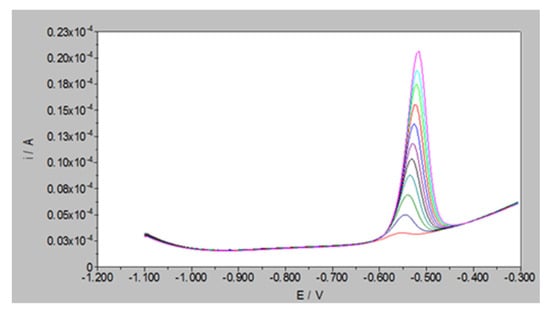 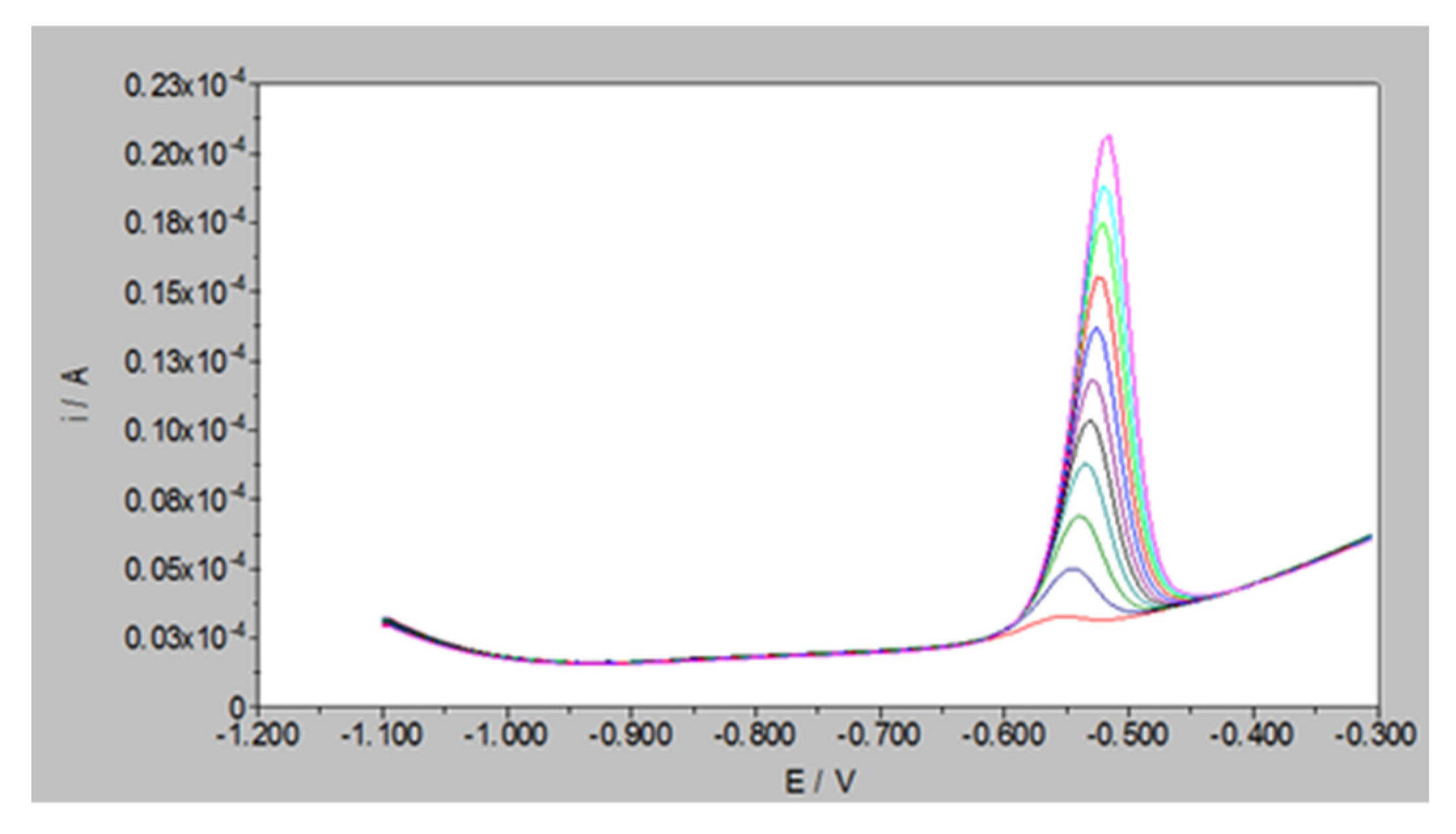 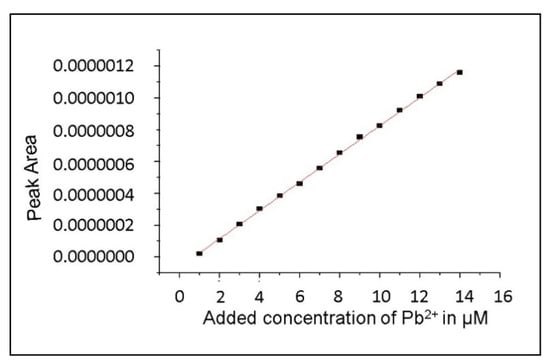 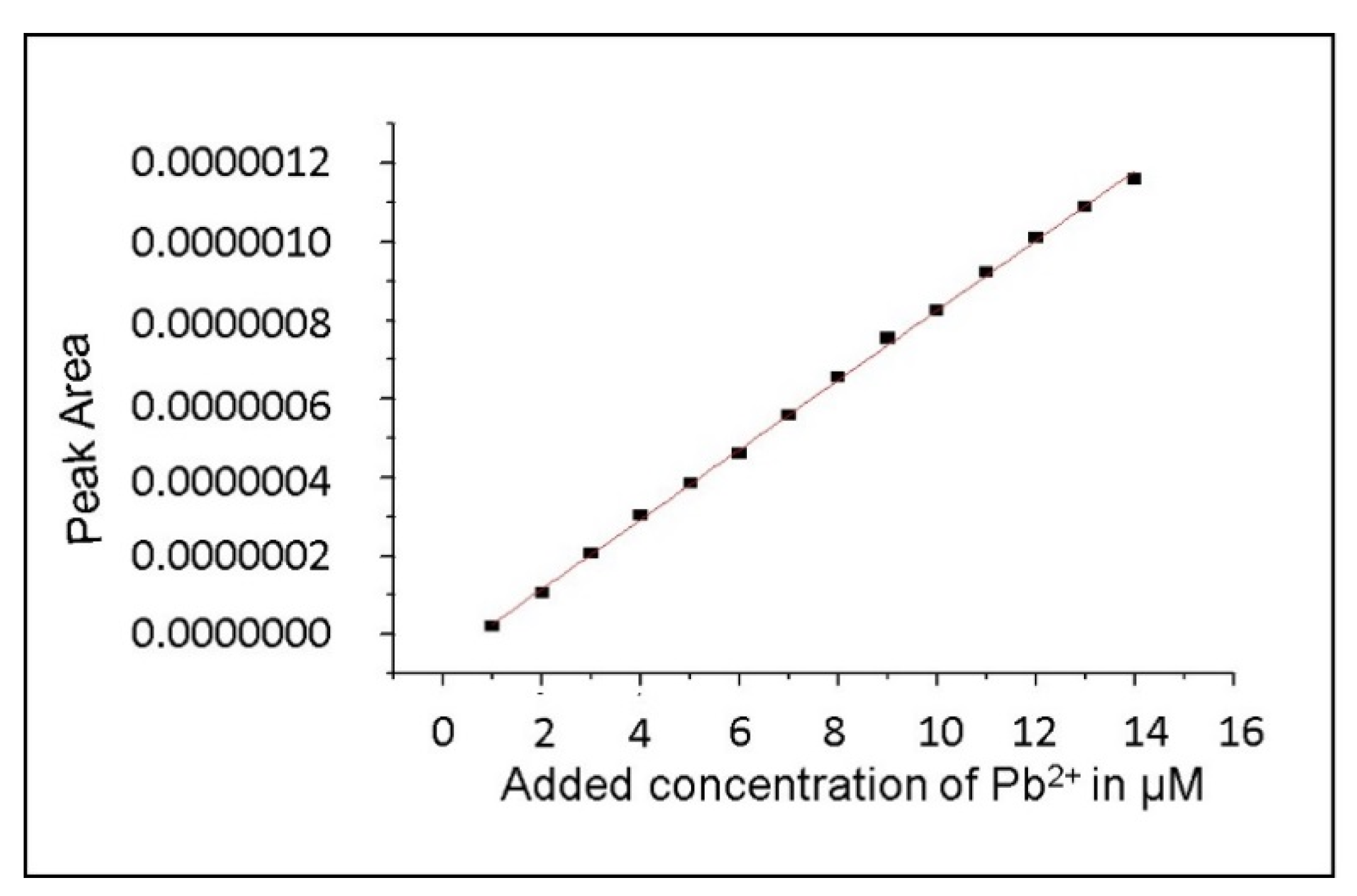